No matter how you feel about the first two arcs of Andor, it seems pretty universal that this most recent arc is one of the most affecting and effective pieces of Star Wars media in some time. “One Way Out,” the fourth in the arc, takes the intensity up and shows us that, as the title says, there is only one way out of the situation these characters find themselves in.

There have been countless examples in Star Wars of sacrifice: Obi-Wan Kenobi, the Bothans who got the plans for the second Death Star, the countless Stormtroopers who have acted as canon fodder for a cause they may not even believe in. But Andor is showing us a different type of sacrifice, and that is the sacrifices that take not just time, but a lifetime. Luthen, along with the ISB member Lonni who we spend a fair amount of time with here, are each in the process of giving their all for the Rebellion, but doing so in ways that eat at them like a cancer instead of a blaster bolt to the head.

Lonni’s coming to Luthen for a way out feels like Eugene Pontecorvo coming to Tony Soprano looking to retire to Florida: you know the answer is no, but you’ve got to try. Lonni is now a father, and wants to raise his child in a world where he isn’t playing both sides. He wants to be present for his family, and not be stretched in opposite directions. It is a very understandable desire for anyone, especially a new parent to want. He questions Luthen’s sacrifice, which Luthen doesn’t entertain for even a moment: Luthen’s entire life is a sacrifice.

A few episodes ago, we saw Luthen advocating that Saw Gerrera help out Anto Kreegyr with a mission, which Luthen refuses due to the previously discussed differences of opinion about the nature of the rebellion. This is the same rebel from whose regiment the pilot that Deedra and co. discovered last week was from. Lonni tells Luthen about this, but Luthen decides that Kreegyr’s entire cell being taken out is the best thing to do, as it lets the ISB think that there’s not a mole inside.

This is probably the right chess move – sacrifice the pawn to save the queen – but is absolutely coldblooded. And as the rebels aren’t overflowing with manpower right now, Luthen’s move is also probably a hit to the current status quo.

But this move shows that Luthen isn’t afraid to do what has to be done to ensure the “sunrise [he] will never live to see.”

The gangster-type figure that Tay wanted to bring to meet with Mon about her money problems showed up this week, and Davo Sculdun seemed to know exactly who he is and why he is valuable. There was some impressive politicking by both Mon and Davo; Mon has shed all the charm and finesse from her persona, and is speaking as bluntly as she can to Davo. Davo, on the other hand, has removed all intimidation and pretense, as well. Their conversation is blunt, but polite, until the hammer drops. Davo doesn’t need money, he doesn’t want a payment: he wants to introduce his son to Leida, Mon’s daughter.

Genevieve O’Reilly does an incredible job in this scene. The physical revulsion she exhibits in that moment feels as true as anything we’ve seen on the show thus far, and yet Davo catches her in a lie. She says she won’t even consider it, but he knows better. He knows that she wants this bad enough that she is at least tempted to use her daughter as bait to catch this fish.

Will she do it? On one hand, it’s just an introduction. On the other, Davo seems like the type that might not take no for an answer. Is Mon willing to subject her daughter to a potential lifetime of unhappiness and corruption for the cause? Vel has reminded us that the movement always comes first, but this seems like a bridge too far for Mon. Or is it? This is, perhaps, the most fascinating question the show has put out there yet.

Ever since Cassian found himself in the prison at Narkina 5, we knew there was going to be a prison break of some sort, as we know he doesn’t spend the rest of his life in there. The way that that show quickly established him having the beginnings of a plan was expected, but the speed in which the plan needed to come together was truly surprising. Getting Kino Loy on board proved easier than he anticipated, but the plan was still dependent heavily on luck and their observations being correct.

That was never more clear than when Kino discovered, after the break, that his only way out was to swim, something he can’t do. Before Cassian can help him, he’s pushed off the edge, and he’s gone. He can’t help Kino. Now, there’s probably a way that Kino can get in the water and rely on someone else to help him, but that might not work. Does he stay back and try to take over the prison and find some other way out of there? Can he try to confiscate a boat or ship? That plan may be even worse.

But even if there’s not a real way out, Kino would, to quote his pal Keef, die trying to escape. And so, even if Kino dies, he dies a free man.

Let’s not skip over the break itself, though. Expertly directed by Toby Haynes, the break out scenes were chaotic, but controlled in a way that confined spaces require. I like that there were details like people being trampled, as that felt like a realistic outcome for this situation. I also like how some of the tech guys gave up the secrets pretty quickly. They aren’t going to die for this prison, even though that will likely happen at the hands of the Empire when they find out. But in that moment, they were acting like most folks would if a guy-brandishing gang came into their office and asked them to mess with the equipment.

This episode was perfectly paced, and the breakout scenes started off tense and languid, waiting for the firecracker to go off. But once it did, the pace quickened instantly, and the rest of the sequence felt like a race. It was an incredibly engaging 45 minutes of television.

I don’t mean that Kino may not have made it off the platform. This show hasn’t been subtle in its interconnected stories all referencing the title and being in similar situations. While Cassian got out of his prison, no one else on the show did. Mon’s cell is smaller and more harrowing than ever. Luthen has to sacrifice an ally just to keep his prison stable. Lonni’s prison is only getting worse now that he’s a father.

Because of the prison break, there’s a sense that this episode is an optimistic one. But when you think about it, Cassian is on a seemingly barren world without a credit, a starship, or a helping hand. This episode, at best, is about trading one prison for another. At worst, it is about how there’s only one way out, and that’s how Ulaf went out last week. Until the very end, we are all prisoners. 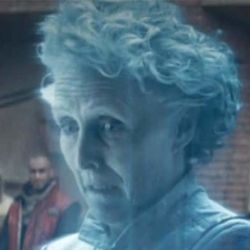 Well, friends, we’ve made it. Andor has wrapped up its first season with a flourish. Let’s not waste any more time and get into it. 1. AttachmentsWhenever we spend time with the Jedi in Star Wars, a certain word pops up as something to avoid: attachment. This is why Anakin fell to the Dark Side, […] 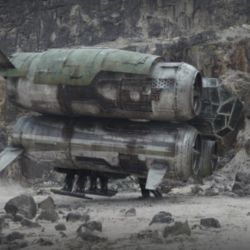 It was inevitable that there would be an episode of Andor like this one. There needed to be an episode to take stock of where all the various pieces were on the chessboard, and to get them lined up for the final episode of the season. And, while there wasn’t a moment quite as transcendent […] 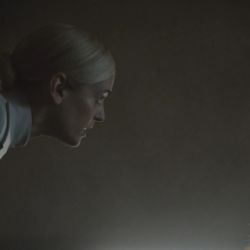 Andor has, thus far, operated in three-episode arcs. However, “Nobody’s Listening!” is very much not the end of the current story. Let’s get into it. 1. Goddamn Star Wars has always been adept at showing horrifying things in a way that is sanitized enough for a child to watch and not be sent screaming into […]