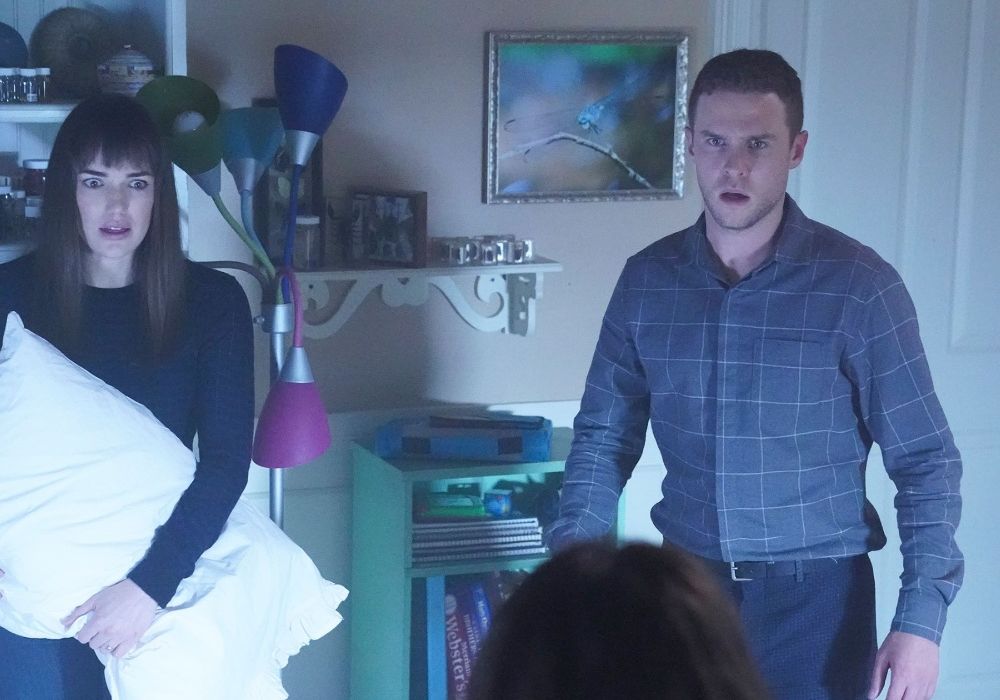 Well, I did mention last week how Fitz-Simmons were becoming more and more codependent as the seasons went by. So this episode is focused almost entirely on them, their relationship, and their increasingly unstable mental states. So let’s take a look at five important aspects of this episode.

Yes, this episode is set almost entirely around them, but you know what? That’s okay. After all, they’ve spent six seasons getting pulled apart and finding their way back together, so it’s good to take a little time to look at their lives and history. We get to see what Jemma Simmons was like as a child, how they got along in college, and what their first meeting with Coulson was like.

While the backstory isn’t anything new (it shouldn’t be after six seasons) it’s still nice to get a closer look at it and see what they were like and how they felt during those key moments.

As the characters were placed in a virtual world with their minds linked up, it lead to some peculiar moments. However, the episode made the most of the setting, allowing for instant transitions between scenes and character looks as they ran through it.

Yeah, there’s quite a lot that Fitz missed after being frozen. Basically he’s been rewound to right before arriving in the future, with a few new spacefaring adventures.

The scene started off pretty cute, actually. They were snacking and laughing about all their adventures in space and the planets they visited. Apparently Daisy basically obliterated an indigenous alien tribe, but we’ll worry about the ethical ramifications of that later.

Then it got darker when Fitz started asking about the future, and instead of dealing with it slowly, revealing a little info at a time and giving Fitz time to adjust, Simmons just clams up altogether. In fact, it causes her to regress into her seven year old self, which doesn’t sound healthy.

Eventually it all comes out, including Fitz learning that his alternate future self married Simmons then died. It’s a lot to take in all at once, which is understandable, although Simmons really could have explained that better than just “I don’t want to tell you.”

Although the moment near the end where she adds on “Oh, I almost forgot, you’re a grandfather” was a nicely timed bit of comedy, especially with Fitz’s reaction cut short.

Inside the mindscape virtual realm, anything Fitz and Simmons thought came to exist. This includes things beyond their control, like memories, but also repressed things.

In this case, it caused the Hydra version of Fitz from the Framework to take on his own persona, complete with several Hydra troops. It’s basically a darker half of his mind that, as the previous season showed, still exists somewhere in his head, so this was a good way of taking it on. It tied in previous season events nicely and added an external (or maybe internal) threat for them to face.

At the same time, it turns out Simmons also has a lot of repressed issues. In this case, they manifest as a sort of Ring-styled monster girl who attacks and tortures Fitz. This feels a little more out of nowhere, as it’s never been shown to be a different aspect of her mind or personality, like the Hydra Leopold has been for Fitz. In fact, it felt like it was tacked on to give Simmons a counterpart to Fitz’s Framework self.

This, of course, leads to a lot of issues they need to work out. Although apparently it’s partially resolved when their dark sides start making out too, so… I guess that problem’s solved?

Let’s be real, Fitz-Simmons have been through a lot since the start of the season. Like a real lot. Nearly drowning after Ward betrayed them, Fitz’s brain damage, Simmons getting trapped on an alien world for a year, ADA, the Framework, it just goes on and on. It’s almost as if each season needed to provide a new conflict for the characters rather than let them be an actual couple and deal with new challenges that come with that.

So it all came to a head with a big ol’ shouting match, as spurred on by the attacks from their dark selves. There’s a lot to unpack there, even though it ended with the two still loving each other and deciding to take things on as a team.

But there’s clearly a lot of unhealthy and repressed feelings getting tossed around there. This resolution put a band-aid on it, but they should probably go to couple’s therapy.

Come to think of it, does S.H.I.E.L.D. offer any sort of therapy services? Some sort of mental health coverage? It’s safe to say that everyone on the team needs it at this point.

The last bit of the episode returns to Earth, where Mack and Daisy go over what they’ve learned. This is where we get a bit of plot information that ties the story arcs together. The Chronicom homeworld was destroyed, we learned that earlier, but now we see how it connects to the ongoing plot on Earth and with Sarge’s team.

Naturally, the Shrike are responsible for it. They don’t just travel between dimensions and destroy one Earth at a time, they’ve hopped between multiple planets in the same universe. So the disparate teams and storylines are getting connected, and I suppose we’ll see how they all unite soon enough. 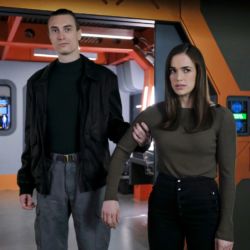 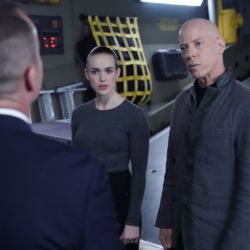 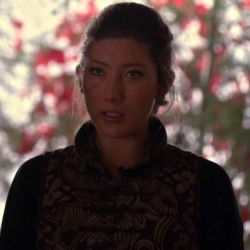