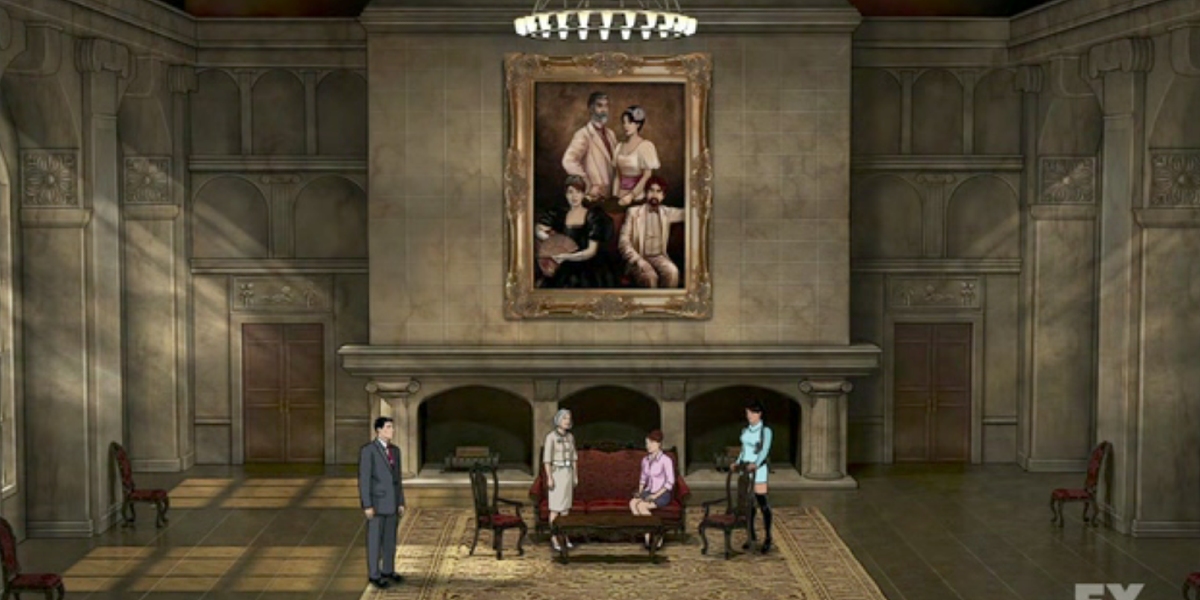 Hi folks! Welcome the to our weekly recap of Archer on the Multiversity Summer TV Binge 2020. This week’s episode is named “El Secuestro” and here we learn a lot about our favorite crazy person, Cheryl! Let’s dive right in.

Pam and Cheryl are late for work and apparently this is not anything new, Cheryl is always coming up with weird excuses (which, knowing her, they are true), but this time? They do have a good reason, they tried to kidnap Cheryl and instead they kidnapped Pam!

Throughout the episode we see Pam being tortured, with the kidnappers beating the shit out of her, but instead of fainting or crying, she only emasculates them, mocking the strength of their hits and asking to be killed or getting free because otherwise they are just making her angry.

Then it is revealed that she paid her education in clandestine fights, where she killed at leas two of her rivals, damn! Pam is tough and a couple of punches to her face doesn’t mean anything to her… so, what can hurt her?

When Cheryl reveals that they attempted to kidnap her, the team discovers that she belong to the Taint family, and she was worth 50 million, I said was because her fathers died and now she is the heir of half a billion dollars!

Of course, Malory offers to protect her, at a cost of course, so, why the hell does she works? Well the money is on a trust and she can’t spend it without approval of her brother.

So, the team has the task of protecting her, but when Cyril discovers that she is rich, he gets angry because she owes him 37 hundred dollars and he wants his money back, so, he kidnaps her and asks… for that $3,700 owed! Therefore, he is discovered by Lana and his kidnaping failed.

So, when the original kidnappers discover that they took Pam instead of Cheryl, they ask Malory for some money, and it goes wrong because she doesn’t believe that Pam’s live is worth more than five grand.

And that is what breaks the tough Pam, she is unbreakable if we are talking about her body, but she does have feelings and Malory and the team broke her heart, so, she agrees to help let the kidnappers into the building…

4. Brent and the team’s regard for the life of others

This is time to talk about the team’s regards for human life, and in short, they don’t give an f about anybody. Here we meet Babou, Cheryl’s pet ocelot, and Archer seems to have the time of his life playing with him, it seems he immediately fell in love with the animal, to the point to compare his boring room with Auschwitz, an analogy not at all apt.

On the other side, Brent is accidentally shot by Cyril, and everybody mocks him and they name him Mister Blood-mobile, so he lays bleeding on the office, and he answers the phone, instead of, you know, getting the help he needs!

Finally we have Pam, for Malory she’s is not worth the hassle, and when Archer and Gilette try to go rescue her, they lose all the time fighting about their turtlenecks, so, Pam is understandably angry at them…

5. The angel of Death

She foes after Malory, and it seems that she is going to beat the shit out of her boss, and the team debates whether or not rescue Malory, to which Archer responds “let her have this one”, so Pam takes her shirt off and reveals a tattoo on her back: the third stanza of Lord Byron’s poem, The Destruction of Sennacherib, along with 13 tally marks, implicating that she has killed at least that many people, and we assume that she takes her vengeance against Malory off screen when the episode ends.

Joke of the week:

And that’s it for this week, it was a fun episode and I enjoyed how sometimes the team are a bunch of badasses capable of killing kidnappers… and other times they don’t even know how to hold a gun or ask for a ransom (I’m looking at you Cyril). What did you think of this episode? Leave your comments below and join us next week for our take on episode 211, “Jeu Monégasque”. 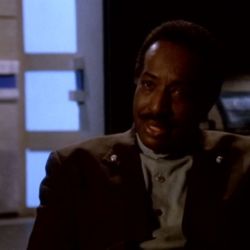 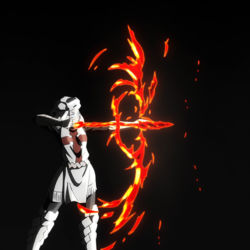 The Nether arc of Fire Force continues this week with a look into how some of the other members of 8th Company are dealing with the White-Clad that they run into. We get a bit of spotlight on characters like Hinawa, Arthur, and Vulcan, proving time and time again that Fire Force handles it’s larger […] 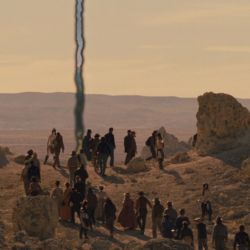 Five Thoughts on Westworld’s “The Passenger”

Howdy, fellow humans who are definitely not robots who just think you’re humans, and welcome to our review of HBO’s science fiction series, Westworld. The season two finale… did not make a ton of sense, but the parts that did make sense were deeply thought provoking as well as beautifully crafted. So figure out if […]