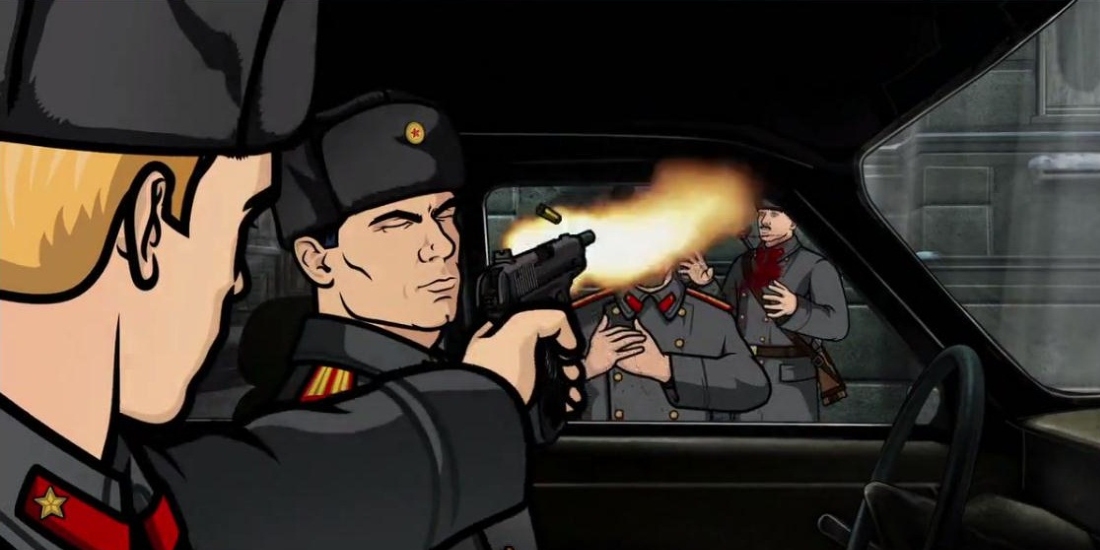 Hi folks! Welcome the to our weekly recap of Archer on the Multiversity Summer TV Binge 2020. This week’s episode is named “White Nights” and oh god, I feel a little sorry for poor Barry. Let’s dive right in.

This episode began with Gillette on a mission being all gossipy about how Archer wanted to go on that mission because maybe he would want to discover if Jakov is his real father, only to be revealed that it is Archer the one who is listening to him, meaning he’s onto the exact thing Ray was speculating he would do.

Then, before jumping he goes on a long rant and misses the green light of the drop-off point, therefore, he lands on a soviet army camp and now the team at ISIS must save him before he gets killed. Only problem is, Ray has a fracture on his face and Lana wouldn’t pass as “the only black woman in Russia”, this means their only option is Archer’s arch-nemesis…

2. Barry to the rescue

Of course, this is a private operation, so Barry asks for a million quarter of a million and a one night stand with Lana before after recovering Archer. Here we get to know a little bit of Barry’s perspective on our protagonist, and we discover that, off, Barry has pretty understandable reasons to be wary of Archer.

I mean, he let’s you fall off a cliff, which means you break your legs very badly, and on top of that he banged your now ex-fiancée, I mean I understand why he is angry, but he agrees to help and discovers Archer trapped on a very similar situation to the very first scene of the show, being tortured for real this time.

So, they run off but Barry kills two officers and now they are being hunted, Archer convinces Barry to climb up a Fire Escape despite his fear of heights and, as expected, Archer betrays Barry and lets him fall into a dumpster.

Later in the episode we discover that Barry has his face all covered in bandages and the Russian doctors mistake him for Archer… oh and he permanently loses his leg, which means he is, yet again, one step closer in his journey to a total conversion into a cyborg.

Now let’s talk about what I see as the two main themes of the episode, when Archer is fleeing through Moscow, being a badass and making his best, most involuntary impression of John McClane, he enters on a department where an old couple lives and he mocks the old man’s loafers, and the agents arrest them for “helping” Archer. Later he gives an old woman a fire extinguisher and he express concern for the quality of her groceries, oh yeah and she ends up arrested also. And the kids on the roof are playing with glass bottles, which is incredibly sad.

Obviously this is a mockery of Soviet quality of life, it might have the classic stereotypes of communism, poverty and oppression, but I ended up thinking about Russia’s current situation, I googled and discovered that over 21 million Russians live in poverty right now, and we don’t need to talk about the gigantic oppression and censorship they face, that one is more than obvious. So a classic joke that could be interpreted as “ha ha, communism doesn’t work” is transformed as “wow, Russia’s quality of life is depressing”

The other theme is the very reason Archer goes to Russia, he needs to discover who is his father, and he is willing to risk his life if that means he will know if Jakov is or isn’t the man that gave him life. Sadly, Boris, Jakov’s assistant tampered the DNA test out of jealousy and it ended up being inconclusive.

As we know by now, this is one of the most important parts of Archer’s life, he needs to close that chapter of his life, he reacts weirdly to the fact that he is fatherless, like when he accidentally implies that Barry’s mother gave birth via immaculate conception, because even if Archer doesn’t know who is it, “at least he has a father”… well, yeah dude, like everybody. I don’t remember if he finally discovers who his father is, but I hope he finds out the truth and that helps him mature a little (haha, Archer being more mature, that’s funny).

Joke of the week: Archer after being saved by Katya: “Super glad I didn’t wet my pants”.

And that’s it for this week, overall, a very funny episode with a lot of situational comedy, and t ended with a little bit of a cliffhanger that connects it to next episode. What did you think of this episode? Leave your comments below and join us next week for our take on the second season’s finale “Double Trouble”, to close our journey through what was this hell of a summer. 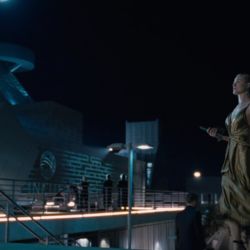 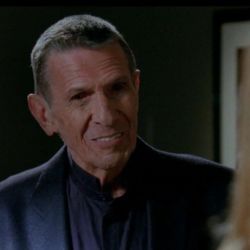 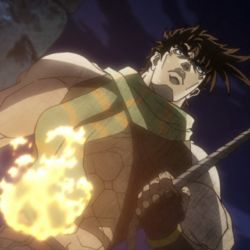