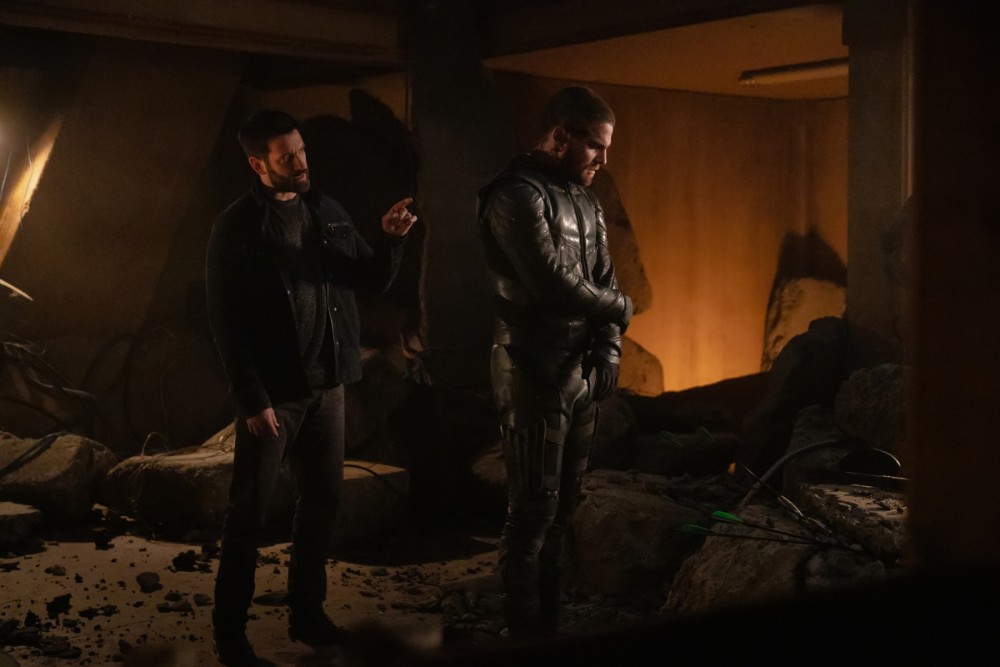 My name isn’t Oliver or Emiko Queen, it’s Mike, and here are my thoughts on Arrow‘s “Living Poof.” It’s Bruce Springsteen time as the season hits its penultimate episode of the season! Team Arrow just had a building dropped on them, that isn’t good. Worse Ollie’s seeing Tommy Merlyn and he’s trying to talk him out of murdering his half-sister. Things get a little strange as the show heads to the finale “You Have Saved This City.”

Of course Beth Schwartz continues the Arrow tradition of using a seasons penultimate episode title to reference a song from the Boss. “Living Proof” is from the bands tenth studio album, Lucky Town. “Living Proof” centers around Springsteen reacting to the birth of his first son.

It’s a fitting song on multiple levels. Like the title Ollie is “Living Proof” that people can change. As a process, it’s frustrating, slow, never perfect (see recent lying for Roy and initial plans for Emiko), but Ollie really has changed for the better over the seasons.

The lyrics also feature a fitting stanza for the “death therapy” approach to emotional development.

You shot through my anger and rage
To show me my prison was just an open cage
There were no keys no guards
Oh, just one frightened man and some old shadows for bars

Musically the song may not be a “Darkness on the Edge of Town,” but it is likely the deepest use of a Springsteen reference in the show.

After getting out from under the slab with some ghostly assistance, Ollie is back to his old self. His worst self. He’s got that look about him, the fever, that rage, that threatens to turn him cruel once again. Understandably, he is a bit peeved with the whole dropping a building on him part. But psychically his reasoning his shot through with such self-loathing. He dismisses any chance of redemption in her, by listing out her actions from manipulating Team Arrow to being a murderer. He isn’t wrong, but if you change the pronouns he could just be talking about all the stuff he did in Season 1. Luckily Ghost-Tommy is there … or is he, to give him some medical advice and stop that fever.Ollie has made mistakes, from officially working the cops in the first place to lying for Roy. But the biggest one would be giving into those worst impulses.

It’s funny a week after lamenting the lack of time for Stephan Amell to flex we get a whole episode that’s built around that. Amell was excellent in this episode.

Meanwhile in the Star City of 2040, Felicity appears to be making the same mistake again and keeping William and Mia on the sidelines. While this is an understandable move on her part, the real tactical mistake is not giving the kids a much needed explanation. Sure what she did was pretty monstrous and bad parenting 101, however, with the melodramatic tilt this show has Emily Bett Rickards could’ve sold the moment as misguided but genuinely from a place of love. She could say she learned in from Moira.

On a related note: the future is ROUGH for Kacy Rohl, that bleached pixie cut is both not a good look and just gives off creepy Dark Felicity vibes.

Now that his fever is broken, Ollie peruses his villainess half-sister with a renewed sense of empathy. Imploring her to be better than their cruel father, and likely be better than him. It sets up a juicy tease for the season finale, what does breaking this cycle actually look like in practice? How does Ollie go about doing that without just using the same old techniques? He shot that one anonymous henchmen in the chest pretty much. The logic of action sequences will give season finale director James Bamford and writers Beth Schwartz & Rebecca Bellotto plenty of room to show slippage. Arrow has never been a clean show, but it’s hard to imagine what even a dirty outcome would look like. Going into most finales, Arrow generally has setup some big scenario, there’s some macguffery about the stuff from The Rock, but none of them have the emotional intrigue teased in this.

I’m going to head cannon that Tommy’s appearance is really the multiversal figure from Earth-Wolf, where he moonlights as a cute hospital doctor, in order to help prep Ollie for “COIE.” That makes about as just as much sense as what happened in “Living Proof” tonight. They went one too many Inception levels and pulled a Knightmare into the Flash cameo from BvS. While I appreciate the Knightmare, situating it next to the Flash cameo (while potentially useful for retcons later on) just confuses the point of the previous sequence. Similarly, Ollie waking up from a nightmare of getting his team/family killed into another dream is spaced a bit too close together. Although on the second watch, there are noticeable dreamlike choices made by Gordon Verheul.

The whole thing just gives people a chance to pick at something instead of comprehending the emotional truth of the sequence as a whole.

5. Realizing how dumb lying for Roy was

While both Team Arrow and the show lacked time to really chew on the stupidity of covering up Roy’s actions, it was nice that they acknowledge how dumb they were. You’d think after all the lying Ollie’s done to them, they’d realize how disastrous and ill conceived it is. Forced to work through things on an expedited basis meant we did get some humorous, and character fitting, talk from Diggle about how it was a setup but Dinah’s moment in the overall sequence worked.

Bonus Question: Will we see Ollie in Star City 2040? They’ve acted like he’s dead and he won’t be in the bunker with his sweet robot arm for another 6 years. Not having him show up would appear to give the game away in “COIE,” and it isn’t like this could be revealed to be an alternative timeline that is wiped out by the Anti-Monitor! 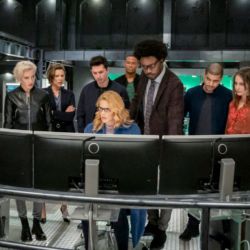 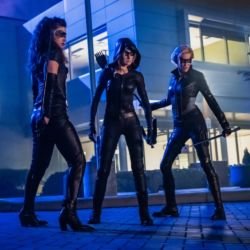 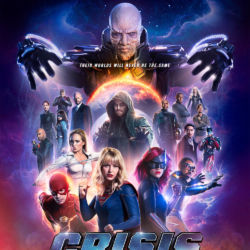