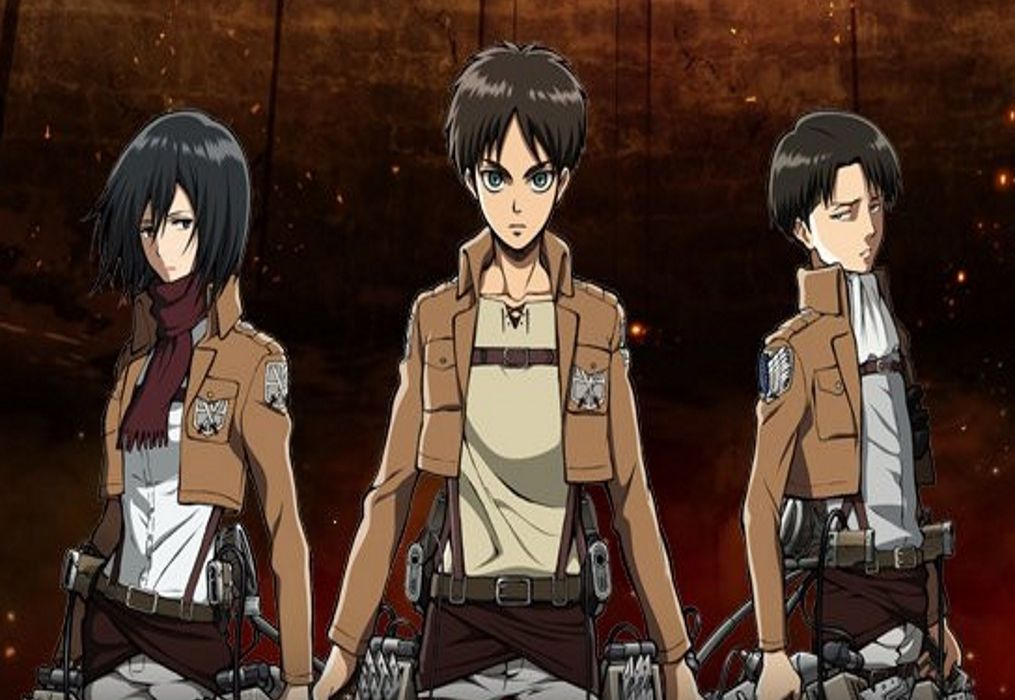 It’s the Multiversity Summer TV Binge! Although I’ve never been what you would call an anime person, I’m a huge fan of Attack on Titan. I first fell in love with the subtitled version of the show, so I thought it would be fun to revisit the dubbed version. What along with me, but be warned, here be spoilers!

1. A Professional Army
Unlike most of the panicked soldiers we’ve seen, the Scouts are the epitome of professionalism. This is best represented by the almost video game-like formation charts we see throughout the beginning of the episode. It’s all rather complicated, but the show examines military formations with almost fetishistic detail. It’s the kind of thing that appeals to a certain kind of nerd (like me). Their plans are helped by the fact that their horses are basically motorcycles, never stopping to eat or rest, never getting scared. It’s a far cry from the hyper-emotional trainees and garrison soldiers we’ve become accustomed to.

2. Slicing And Dicing
We get some glorious titan fightin’ action this time around. The professional scouts not only have systems with formations and smoke signals, but they also can call out maneuvers and plan their moves on a level we haven’t yet seen, even from badasses like Mikasa. At one point, best character ever Sasha proves herself to be clumsy and scared, but her two veteran buddies don’t get mad; they don’t even blink. They slide along the ground, cutting a titan’s ankles and then going in for the assist kill. It’s very efficient. Later, they lead a titan face-first into a tree. The ODM gear and swords have been pretty cool visually so far in the show, but the Scouts turn the whole venture into action movie artistry.

3. Abnormal Titans
The idea of an abnormal titan has been introduced before now, but the Scouts take extra caution. When your greatest asset is your experience, something that makes that experience irrelevant can really mess you up. Armin makes another distinction in this episode with the titan shifters. These are monsters with humans driving them. This group includes Eren, the Colossal Titan, the Armored Titan, and the newest monster in our bestial pantheon, the Female Titan.

“Nice ass for an abnormal, you gotta admit,” Jean quips, simultaneously demonstrating piggishness and an impressive capacity for black humor. The Female Titan is totally scary in a way we haven’t seen before though. She’s graceful, and athletic. She’s the first titan we’ve seen who knows her weak spot, and she protects it by intelligently whipping around human soldiers, and blocking it with her hand. She also shows intelligence of a terrifying sort. When she has Armin in her clutches, she pulls back his hood, looks at his face, and lets him go. We’ve never seen a titan do that.

4. Armin/Jean
Armin gets picked up by Jean and Reiner, and fills them in, quickly surmising that this Female Titan is looking for someone in particular, and that someone is probably Eren. This is an awesome deduction, the kind of thing a savvy viewer would probably figure out, but a character on a show would be stumped by until it gets spelled out for them.

We also get our best look at a new dynamic between Armin and Jean. The two just went through hell together, and have learned to respect each other in big ways, going so far to admit it to each other. I’m not the kind of viewer who goes into a show looking for characters to slash, but when it hits me, it hits me. Jean and Armin are in love. It’s platonic for now, but something else is simmering just beneath the surface.

5. Reiner Gets Squished
They try to slow the Female Titan down and Reiner has bad luck. He’s caught and squished. Don’t worry- he gets better! He pulls a brilliant and bloody maneuver, cutting his way out of the Female Titan’s fingers. Jean even has to admit that it’s cool, and confesses that he’s been spending so much time with the other soldiers that he sort of forgot that Reiner was also a stone cold badass.

This new introduction sets up a very different status quo. Our usual characters are more traumatized than ever, but also more experienced, and as their roles evolve, so do their relationships. The Female Titan is a new kind of villain, one who implies a greater intelligence and planning on behalf of the enemy than we’ve had to worry about yet. Armin even proposes that she may be acting as a titan captain. And now she’s headed right for Eren… 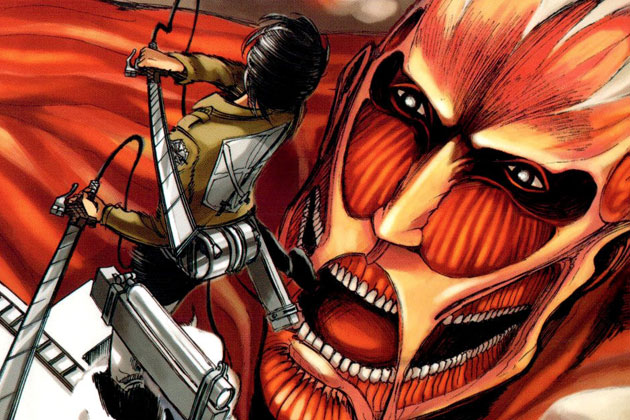 The Future of “Attack on Titan” in Hollywood

Attack on Titan season 4 is underway, and as the countdown to this gruesome anime/manga’s end continues, it seemed like an opportune time to discuss the future of the series, namely an American live-action film version in the works at Warner Bros. There’s been no word on the project since IT and The Flash director […] 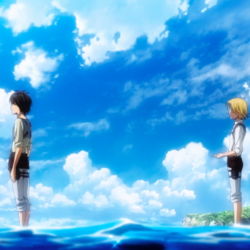 Welcome back! Are you prepared?! Assuredly, you are not. The walls stand strong, but we no longer need hide behind them. It’s time for another episode of Attack on Titan. This is the part where I let you know that I am very much not a regular anime watcher but that this strange and at […] 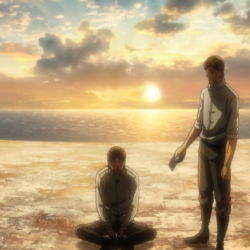 Welcome back! Are you prepared?! Assuredly, you are not. We are back behind the walls again, but the safety they offer is fleeting. It’s time for another episode of Attack on Titan. This is the part where I let you know that I am very much not a regular anime watcher but that this strange […]