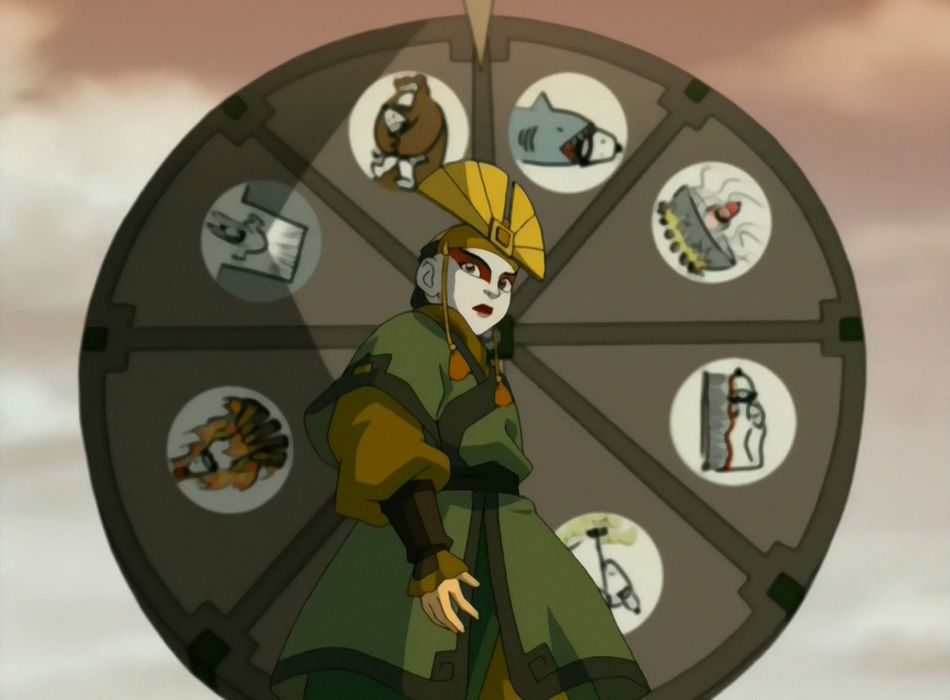 Welcome back for another weekly review of Avatar! This week, we take a pit-stop in a small town for Avatar Day. How does the episode hold up? Here are my thoughts.

1. Heavy on the slapstick.
As our last pit-stop before the series kicks into high-gear, this episode follows the trend of these pit-stop episodes by being more focused on comedy than on action, character development, or plot progression. There are a few moments of world-building (more on that later), but overall this episode’s all about the slapstick.

It’s a good thing the Avatar team knows how to be funny, and it’s a good thing they tasked the script to their most comedy-focused writer, John O’Bryan (whose previous credits include the comedic “The King of Omashu” and “The Fortuneteller”). All the comedy tropes are there: Sokka throwing Katara out of the frame to beat her to an announcement, overly masculine men having a chat about their feelings, the foaming mouth guy showing up. If we don’t get any major plot or character progression, it’s at least nice to get some good laughs.

2. Detective Sokka.
I found it odd that this episode looked at Sokka’s detective work as comedic. Sokka has been shown to be a natural leader and skilled strategist. Given that this is the first time in a while that specific attention has been called to his skillset, why are we led to laugh at it?

On the other hand, the episode taps into the reasons we should laugh at Sokka: his goofiness and his ego. Aang and Katara get him into detective mode by playing to his ego, egging him on until he felt the need to show off his skills. While in detective-mode, he did uncover important clues and put together an alibi, but he needed to be a goofball while doing it, dressing up with ridiculous accessories and constantly stepping over Katara so he could be the first one to find the clues.

All of this is in-character, if exaggerated. It’s just odd to me that his skillset has mainly been highlighted in the context of comedy and not in terms of its serious importance.

3. Forward momentum in the B-plot.
While the A-plot went on its side adventure, Zuko and Iroh had some major progression in the B-plot as Zuko dons his Blue Spirit mask and Iroh has to confront him about it, with Zuko ultimately going solo. I like that the pit-stop episodes in this season have adopted this structure, as it helps the show feel like it’s always moving forward in some way. This was very much the burgeoning form of live-action TV storytelling at the time: individual episodes that worked on their own but also had elements of serialization. In a world where entire TV seasons are released at once and all TV show, even eleven-minute comedy cartoons, have strong serialization, it’s hard to imagine a time where this was unusual. Avatar was on the cutting edge of TV storytelling techniques back during its original run. And as a TV viewer in 2018, this is much preferred compared to the majority of season one, where most episodes stood alone.

4. Return to Kyoshi.
This episode marks the second time we’ve returned to a location that the team has visited in the past, in this case Kyoshi Island. Unlike Omashu, the island is more or less the same as it was back in season one. But the circumstances that brought about this visit allow us to explore a new part of the island: its cultural connection to Avatar Kyoshi. The original episode was more focused on the warrior group that was inspired by the previous Avatar, so the return trip is able to focus on the actual past events that were their source of inspiration. Given how short the visit is, we learn enough to be satisfied.

5. Sins of the past.
In the episode’s final confrontation, we learn that Kyoshi Island was created when Kyoshi stood up to a dictator who had taken over the majority of the continent (and, therefore, the majority of the world). She ultimately caused the man to fall to his death.

This reveals a number of things we hadn’t known before: First, the Avatar isn’t opposed to killing if that’s what it takes to restore balance. It’s Aang’s background in the Air nation that has led to his strict no-killing rule, not some unspoken Avatar code. Second, this shows that the current political situation, the Fire Nation’s dictatorship wanting to take over the world, isn’t new. It’s happened before with a different nation, it’s probably happened before that, and it’ll probably happen again. Therefore, we can see that it’s an Avatar’s duty not to solve things forever, but to live in the world and help solve the problems of their time.

Still, Aang is led to consider that his past life is guilty of killing a man, which directly opposes his teachings. How will this affect him in the future?

What did you think of the episode? Did you enjoy the slapstick? Did you like learning more about Kyoshi? Are you a fan of the serialized structure the show’s adopted? Let me know in the comments! 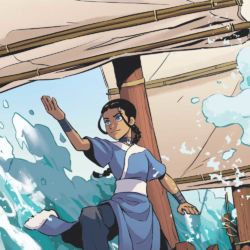 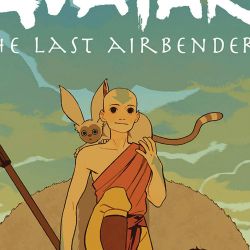 “Avatar: The Last Airbender—Team Avatar Tales” showcases a mix of stories and tone, the like of which you won’t often find in the big “Avatar” graphic novel trilogies. ‘Team Avatar Tales’ embraces the sheer variety of stories the Avatarverse is capable of when it’s in the hands of cartoonists that are clearly fans first.Created by […] 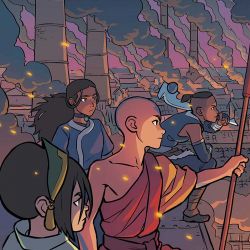 “Avatar: The Last Airbender—Imbalance” ends up perfectly balanced in key ways and perfectly unsettled in other ways. Faith Erin Hicks and Peter Wartman have taken up the baton from Gene Luen Yang and Gurihiru beautifully, building on the thematic work their predecessors developed and taken it into new territory. This isn’t just a continuation by […]