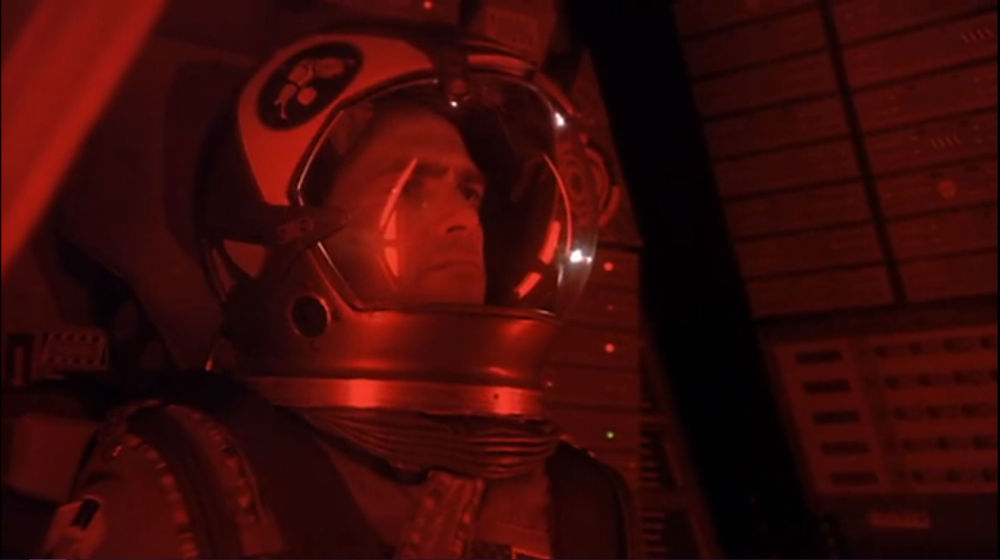 22 weeks ago, when the weather was warm and the days only grew longer, we set out on a journey. To create peace in a universe where it is in short supply, to be a wall against the rushing and rising tide of injustice, to be the light that drives back the shadows. 22 weeks later, we are further from our goal than ever, now that we know the shape of the ones who hid in secret and darkness. What we thought was progress was instead the first steps on a long and arduous road full of sacrifice, pain, and hardship. The sun has set and now comes “The Fall of Night.”

Welcome my friends. This is the story of the last of the Babylon stations. The year is 2259. The name of the place is Babylon 5.

A few weeks ago, we were. . .treated to the introduction of a new bureau of Earthgov: The Ministry of Peace and its branch office, ICE, sorry, that’s not entirely accurate, I mean the Stasi. Wait, wrong organization, I mean the Cheka. Hold up, getting closer, I mean the Gestapo. Almost got it. I mean. . .the Nightwatch. There we go.

Functionally the underpinnings of a secret police, intent of silencing political speech that does not line up with the party line under the guise of sedition and “treason,” we see as Babylon 5’s crew begins to turn on each other, becoming ears for an organization that can arrest at will, with no due process, and no scrupules. Week in and week out, I compliment Babylon 5’s commitment to simulating what this world would feel like were we there. Time moves forwards at, not a week by week pace necessarily, but at a gradual one. One that allows for storylines to come and go and when they return, they’ve advanced in ways that are entirely predictable and still surprising.

We knew that there were a few Nightwatch members on the crew, mostly security officers like Allan looking to make a few extra bucks for doing nothing extra. It’s revealed that not only are there a lot more members, a lot more active members, some don’t wear the armband. This will breed an air of distrust among the crew, cultivate a culture of silence, and ultimately, be a detriment to the entire mission of the station.

Allan provides such a great point of view because he’s not ideologically on board with it and so we get to see how people like him are maneuvered into giving Mr. Welles, the Nightwatch liaison, exactly what he wants. Allan gave few reports while other gave many, even on the smallest bit of intel. It lays bare the dynamics behind the honeyed words and slippery tongue and the ultimate goals of the organization. When you join an organization that is so clearly rotten, how do you proceed? Do you put your head down, give them the bare minimum, so as not to arouse their judgement? Do you leave, and run the risk of being labeled a traitor? Or do you fall further in, becoming indistinguishable from the ones that truly believe in the evil at work?

Only time will tell.

It’s nice to get a win, for once. The Narn have had a rough time of it since the war broke out and, for a bit there, it looked like we were in for another one. I didn’t think I could get this angry at a character but that CNC woman who reported the existence of the Narn ship to Welles, ooooooohhhhhhhh, my head is still steaming thinking about that. It also brings up an interesting question I sort of glossed over above, which is super timely: when is reporting secret information OK? Because, no question about it, this CNC member did leak sensitive information to an outside source but why does that bring ire to me when something like the smuggling out of the medical records of President Clark doesn’t?

Well, put simply, it’s because one is evidence of wrongdoing, given to ensure justice is done and lives are saved, and to an independent party, while the other puts lives in danger, information into the hands of an empire on the expanse, reported to a group who traffic in silence against the powerful. It leads to a battle that need not have happened, the deaths of the Centauri on the ship and nearly the deaths of 250,000 civilians and the Narn on that ship. Who gains from the information? In this case, the ones who are starting wars and destroying peoples.

Thankfully, though, the narn ship gets away in what is a surprisingly tense battle. It could have been the end of the episode but it isn’t and, honestly, that’s for the best. The Narn/Centauri war was of season 2 and while it is not finished, that chapter has been written and it is time to move on.

It’s a shame we don’t get much Vir and Lennier this week but what little we do was beautiful. It’s a well paced scene, with a cadence that reminded me of a vaudeville comedy act, which might be why my notes are: “are we sure Lennier and Vir aren’t Jewish?” Both were kvetching about Londo, fretting over how different he is now like he was the Czar. It’s clear he frightens them.

I love this moment of checking in because, instead of getting a conversation with Londo, we get one about him, showing his distance from the crew and thus, us. He’s so far gone we don’t get any insight into him other than the perpetually frowning, angry representative of a hungry empire.

This is born out in Sheridan and Garibaldi’s conversation about him as well. Garibaldi knows exactly where Londo is, mentally, and he knows why he’s doing what he’s doing. . .and so he is the best equipped to pass judgement. When Garibaldi makes clear he doesn’t recognize Londo anymore, that’s a powerful statement on where Londo is now. We feel for him but in the way Garibaldi does: filled with anger and frustration and worry for what he will do next, now that he has lost all control of the situation. We know, somewhere, there is the man we knew before but it doesn’t matter because he has inexorably tied himself to the running horse that is the ever expanding Centauri Empire. Its sins are his sins and, many times, his sins are its.

4. Pour One Out For The Pilot

Keffer was a character that never really found his place on the show. For a while, the actor wasn’t given much to work with and turned in performances that weren’t bad but weren’t nearly as polished or comfortable as the rest of the main crews’. He mostly was our in to the pilots and the GROPOS and I think there was a missed opportunity there, not allowing us more time to explore that aspect of the station. We’re always with the top crew, why not more with the people on the ground . . .or in space, as it were?

Well, as of this episode, it seems that this point is moot as our dear lost pilot Keffer is no more, lost to the Shadows. It’s a good ending for him and helps set up season 3 rather well; I even yelled, “Now that’s how you end a season” when it was done. It feels less like a character being written out and instead an important beat that no one really expected.

Why he was written out, well, simply put, Straczynski never wanted Keffer on the show, it was a mandate from above, and so he kept his presence minimal and as soon as he could, killed him off. . .at least, that’s how he tells it on the DVD commentary. It’s a shame because, finally, I was starting to like Keffer. He seemed to have found some level of comfort in this episode, making his final death all the more tragic. Rest in peace, dear pilot. You served the show well for what little you were in it.

Really short thought because I’ve written a lot and I dunno if I have more to say on this one. We’ve finally seen inside the Vorlon’s encounter suit! This is huge and I love the circumstances. Sheridan was almost assassinated, jumped out of his tram, and was floating at very slow miles per hour towards a rotating disk that would almost certainly kill him like a giant piece of sandpaper, and so in the cheapest but best effect ever, the Vorlon leaves his suit and flies up to catch him. I love it and I don’t know what to make of this as of yet.

Couple this reveal with the release of the recovered Keffer’s footage and it’s clear The Great War is at their doorstep. Also, this is all I could think of when I saw Kosh: 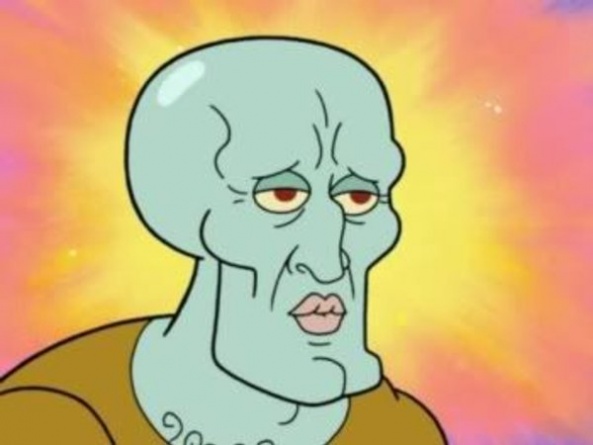 That about does it for now. Thank you all for joining me these last 22 weeks. It’s been a hell of a ride and we outlived the summer by quite a bit. What’s in store for us next? What is The Great War? I have no freaking clue because as of today, I have officially rewatched all of B5 I have ever seen. Next summer, we’re entering uncharted territory for me on the station that wraps humans and aliens in two million, five hundred thousand tons of spinning metal . . . all alone in the night.

Ivanova: As you say, I have access to a great deal of information so I’ve been very aware of the Night Watch for some time now. What I saw worried me. ..and now I see that my worries were justified.

Ivanova: “I’ve gotten where I am | through hard work and loyalty. Loyalty to the people I work with, loyalty to Earth and loyalty to the ideals of the Alliance. What you’re asking violates all three. So it takes me a few more years to get my own ship. One way or another I’ll get there. When I do, I’ll have done it honestly. Without selling out a friend, or betraying a confidence.

“My hands are clean. Are yours?” 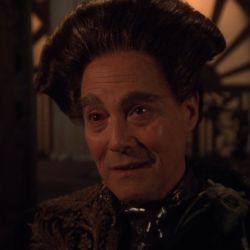 Five Thoughts on Babylon 5‘s “The Fall of Centauri Prime”

Last time, on Babylon 5. War, loss, and the beginning of the end. This time, everyone’s favorite Centauri bids us adieu, Londo achieves his (probably) final form, and we discover the disgusting secret of the Drakh Keepers. 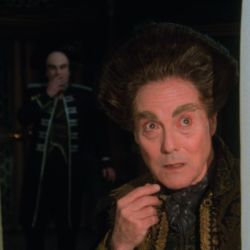 Five Thoughts on Babylon 5‘s “Movements of Fire and Shadow”

War isn’t enough for some in the Alliance, Franklin & Lyta place themselves in considerable danger, and G’Kar loses his lunch for Londo’s benefit. 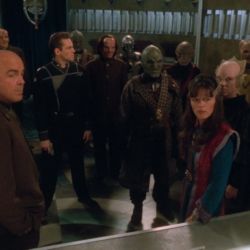 Five Thoughts on Babylon 5‘s “And All My Dreams, Torn Asunder”

We gave them a promise. They got their war. Damn them. And damn us too.