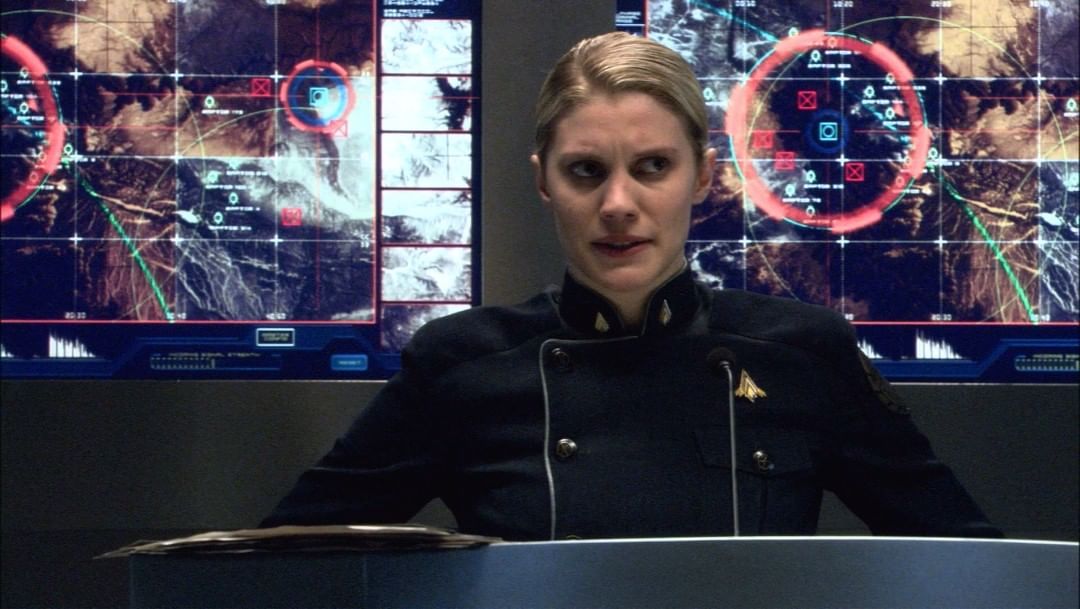 There comes a time where events in our lives become too much; where the desire to lay down our burdens overwhelms anything and everything: logic, rational thought, even science, and this is where the fleet is at in this penultimate episode of season two of Battlestar.

If we’ve learned anything in the past few years when it comes to elections and politics, it’s that anything can happen. This episode opens with Baltar bemoaning the fact that he’s going to lose the election before these two debates have even begun. He’s stewing in his own self-pity, while Roslin is on her game, memorizing her talking points in a ritualistic manner, a technique she’s used for years. And it seems to be a self-fulfilling prophecy as Roslin performs well in the first debate, while Baltar relies heavily on religion, which leads to a poor reception on his behalf from the fleet. As luck would have it, and Baltar’s luck is frequent, Racetrack locates a new planet during a rescue mission, one that’s habitable, one that’s hidden from dradis, and therefore possibly hidden from the Cylons. This provides Baltar just the leverage he needs in this election, an offer of settlement, an offer of hope. Roslin offers the fleet only the truth, and who wants truth when people truly vote with their emotions and want to sleep in a bed, on solid ground, not a bunk, on a ship floating through space. Baltar accuses Roslin of using fear to control the fleet, says it’s time to stop running from their lives and to start living them. Does he know this newfound planet is safe? Nope. But he knows this hope will help him win the election, which speaks to who the best candidate is, but will the people recognize this, or will they vote with their emotions instead of their minds?

2. Those we’ve left behind

Everyone in the fleet has lost someone or left someone behind, but Starbuck has something different, something more immediate, she’s promised someone she’d come back. Here, we finally see her launch that rescue attempt to Caprica to save Anders and his crew; it won’t be an easy mission. She tells her pilots to expect 20% losses, which is why it’s an all volunteer crew, which includes Sharon, helping make the distant jumps needed to make it to Caprica. This rescue operation is how Racetrack finds the planet; he misses the jump. Is it his error, or Sharon’s hand? In the end, the rescue team makes it to Caprica and, quite easily, finds Anders, but they’re cut off from their Raptors, leaving us hanging until the second part of this episode, the season finale.

Chief Tyrol is awoken from a deep sleep by Cally, who has really been sidelined this season, and he beats her up, badly. When he comes to, he realizes what he’s done and is quite obviously, devastated. Interestingly, Tyrol asks for counsel from a priest instead of a doctor, as his father was a priest. When Tyrol confides in Cavil about his recurring dream where he kills himself, Cavil is blunt and says the Chief wants to kill himself because he believes he is a Cylon like his former girlfriend, Boomer. Cavil reassures him by telling the Chief not to worry because human beings do terrible things all the time, not just Cylons. Ouch. Which takes us back to Baltar, look at what he’s willing to do in order to win the election. He’s leading humans down an unfamiliar path simply to beat his opponent.

This entire episode is a set-up for the second half, the season finale. It’s plot driven and gets us to a place that will allow for the main action to occur. We should see how the presidential election plays out, how the rescue of Anders and his crew plays out, and even how Sharon’s sense of a forthcoming bad and dark time plays out.

By the way, where’s that Cylon detector? It seems like an important piece of technology if the fleet is worried about Cylons amongst them, but its development has just fallen to the wayside once Baltar became VP. I guess it was too unwieldy to develop and test the entire fleet, but still. 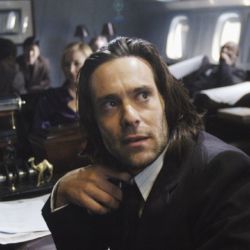 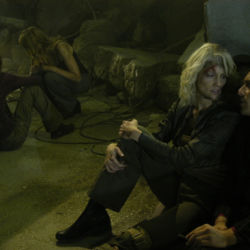 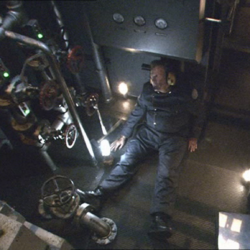