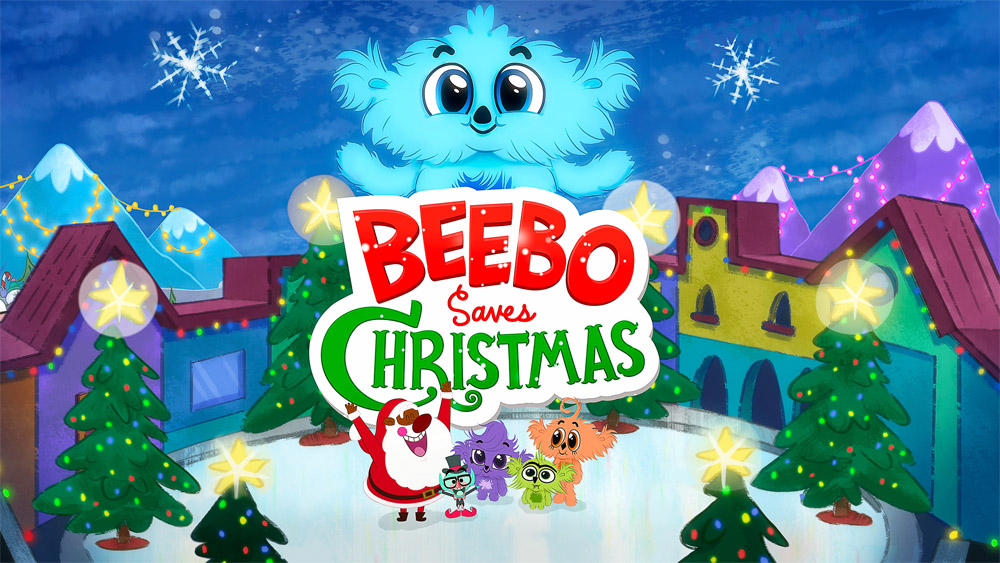 Four years after he was introduced as the hottest toy of 1992, Legends of Tomorrow‘s Beebo (voiced by Ben Diskin) finally has his own spin-off! In this animated hour-long holiday special, the off-brand Care Bear sets off with his friends to the North Pole after discovering something’s amiss with Santa (Ernie Hudson), and learns he’s been overthrown by the efficiency obsessed elf Sprinkles (Chris Kattan). Can Beebo teach Sprinkles the true meaning of Christmas, and restore Santa to his workshop? And what is the true meaning of Christmas anyway?
1. It’s Kid-Friendly

I’m not familiar with the CW’s holiday specials, and seeing as this aired there in Legends of Tomorrow‘s usual time instead of Cartoon Network, I was curious if it would be aimed at the same audience as its mothership, especially as Legends is exactly the kind of show that would have an episode presented as a cute kid’s cartoon, before the usual TV-14 violence, mayhem and horniness unfold. Beebo Saves Christmas is ultimately a very family friendly special, with Beebo’s childlike naivety being played sincerely and not wholly for ironic laughs, although like a lot of kid’s media nowadays there’s a lot adults will find funny too (and like Santa, I’m sure certain rapidfire dialogue exchanges will leave kids going, “wait, what?”)

2. At Least We Got Ernie Hudson Singing

Victor Garber — who, funnily enough, didn’t play Martin Stein in the episode that introduced Beebo (it was the younger version, played by Graeme McComb) — narrates the beginning and ending of the special, which was nice, but it is weird that a Broadway actor as accomplished as him didn’t get to sing in this musical production: it certainly feels like he was only available because he came back for Legends‘ 100th episode. Still, we certainly did get Ernie Hudson singing as Santa: OK, he doesn’t quite reach that high note at the end, but damn, what a time to be alive — I only wish I had been given more opportunities to hear him sing before.

3. The Cheeks Were an Odd Choice

The animation is OK, nothing to write home about (thank God for the Internet); I’m not sure what the issue was, if it was the frame rate, the glossy look, or how the limited animation jarred with how expressive the characters actually were, but it definitely felt like a step down from other current cartoons — it reminded me slightly of a Flash animated show from roughly two decades ago, and I can’t help but wonder if the budget was akin to that of a 22-minute episode.

However, the only thing that really bugged me was the decision to have the red cheeks on Santa and Sprinkles be joined to their lips, going up and down along with their mouths, which looked pretty ugly: it was as if they’d forgotten to wipe after eating. Likewise, whenever Santa’s mouth made an “O” shape while talking, it looked like there were three circles on his face, which accidentally made him look like a monster (thank goodness only animation nerds like me would notice it.)

4. The True Meaning of Christmas is…

… whatever you want it to be, is what Beebo and Sprinkles learn by the end of the special: they realize they both got so preoccupied with trying to make sure Christmas was perfect for everyone, that they forgot to actually ask what they like during the holidays. I think parents watching the special with their kids could definitely ask what they thought the moral was, and prompt them to think about how it was wrong of Sprinkles to just take over Santa’s workshop, instead of asking how he might help him, or how Beebo shouldn’t have assumed his friends were stressed — ultimately, you help people, first and foremost, by listening to them.

Throughout the special, I kept wondering if WarnerMedia (or whatever they’re calling themselves now) might be testing the waters for a Beebo animated series. I felt Beebo’s friends — Turbo (Yvette Nicole Brown), Fleabo (Keith Ferguson) and Tweebo (Kimiko Glenn) — were all well-defined enough that they could if they wanted to, but I wonder what it would offer kids that other series with cute talking animals can’t, especially as Beebo and friends live in a very familiar, modern world — without the Christmas trappings, it could get rather dull really quickly. I think Beebo’s definitely a character better suited to appearing in small doses, and I think it’d be nice if there was a sequel or specials for other holidays, but beyond that he’d begin to lose his charm.

– The non-stop running gag about Turbo trying to get a Gaming Wow: X Edition for her kids was an obvious joke about new console shortages, but my goodness did it begin to feel like subconscious advertising.

– Either one of the writers really hates chestnut milk, or they really like it (maybe both, respectively?)

Alright, that’s really it from the Legends corner of the CWverse for this year: have a merry Christmas, Hanukkah, Kwanzaa, or whichever you prefer, and happy new year! We’ll be back with “Paranoid Android,” airing January 12. 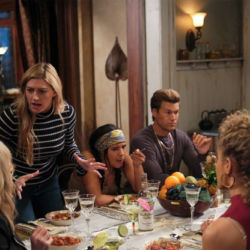 This week on Legends of Tomorrow (S7E9), the former Waverider crew returned to the Manor Dimension to hide from Evil Gideon, and figure out their next step — at least, that was the plan until the Cursed Crew, a group of reality TV filmmakers who sold their souls to the demon producer Harris Ledes (Giles […] 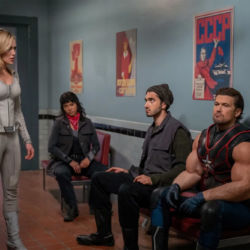 Legends of Tomorrow season 7 is back, but with a twist: the midseason premiere revolves around the gang’s android clones, created by Evil Gideon, who — get this — believe they’re the original Legends (if the original Waverider crew were a ruthless bunch of killers intent on preserving history, no matter the cost.) What fun!1. […] 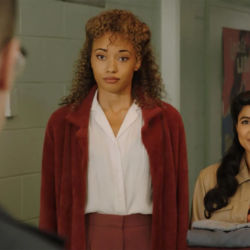 Five Thoughts on Legends of Tomorrow‘s “A Woman’s Place is in the War Effort!”

This week on Legends of Tomorrow, the gang found themselves outside a military factory in 1943, which Sara, Ava, Gideon, Astra and Spooner set about smuggling parts from to repair Gwyn’s time machine. Meanwhile, Behrad and Zari 2.0 babysat their stowaway, Bishop, to teach Nate the ways of Persian hospitality, so that their ancestors would […]