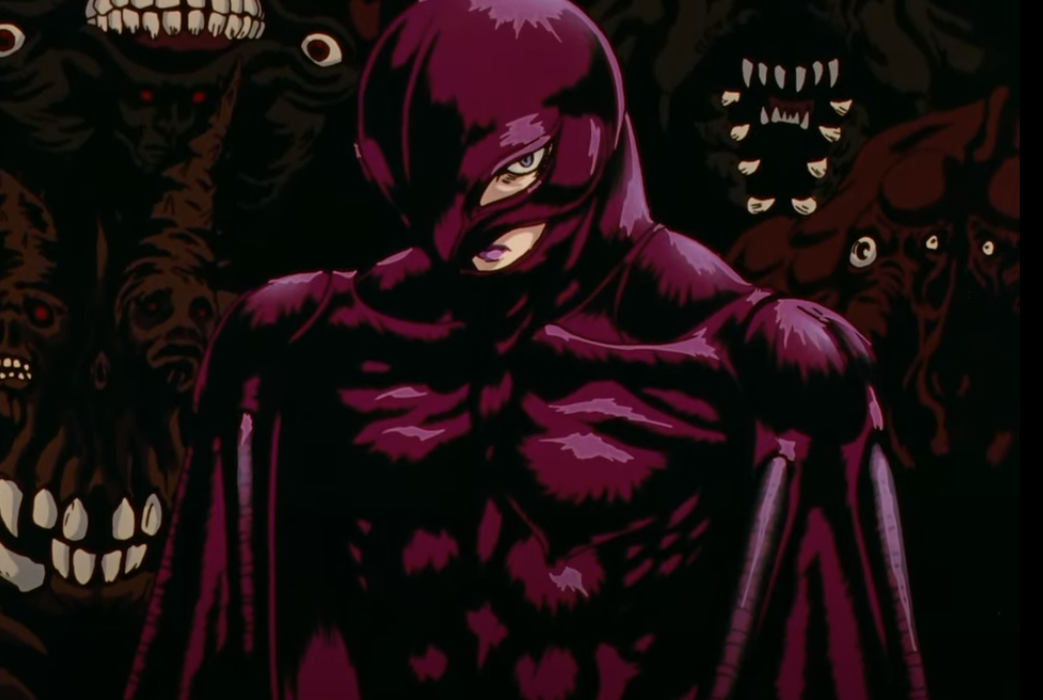 It’s been a wild ride, Multiversity Readers. This week, we end our look at the 1997 adaptation of Berserk with the unforgettable episodes “Eclipse” and “Perpetual Time.” Berserk is a series known for its graphic content and these episodes certainly showcase that, but let’s dig a little deeper, shall we?

I’ve spoken many times about the God Hand and their Apostles throughout these articles but haven’t really addressed those terms. While the name God Hand could be some blasphemous joke on the part of the demons and Apostles simply a common term for any devotees, in these two episodes we see Void openly refer to himself and the other members of the God Hand as angels carrying out the will of God. The Apostles call out to the God Hand as guardian angels as the Eclipse commences, although it’s easily missed as it’s nearly impossible to hear what the hell the chorus of demons is saying. While the God Hand is not what you would traditionally imagine as the servants of God, they do seem to be all we have. The closest things to “good guys” are the Band of the Hawk, the murderous group of mercenaries led by a newly ascended demon prince who snuffs out any man or child that stands in their way. To give justice to the discussion of Berserk and its views of religion would take much more space than I have here. The reason I bring it up is to show just how hopeless the scene is on the Ellipse. We see Corkus call out for God, but by now we know he’s not coming. The guardian angels are already there and they have no intention of saving anyone.

So I guess we have our answer to the question we have been asking the entire series: is Griffith really the bad guy, or is he just doing what he needs to for the Hawks? Griffith asks this question and comes to the conclusion that all the many men who have died to help achieve his dream have done so willingly. They laid down their lives to help him create his kingdom, and it would be an insult to them to stop now. Even sacrificing the Hawks is worth it if it allows him to finally achieve the dream they all fought for: his dream, his kingdom. And you know what? For a minute it’s almost convincing. For just a moment, you are able to tell yourself, maybe this is all worth it. Maybe he isn’t such a villain, just a man trapped in a situation far bigger than himself. But then, Griffith emerges reborn as the demon prince Femto, and his very first act is to brutalize Casca to make her and Guts pay for abandoning him. This is a pathetic attempt to reclaim his lost manhood, not to help achieve his dream but only to satisfy his ego. After all, that is all his dream has ever been about: his ego. He wanted to prove to all those nobles he hated so much that he was better than them, despite his common upbringing. There is no bounds to what Griffth will do to satisfy that ego.

In stark contrast to Griffith, we see some truly heroic acts in the final moments of the Hawks. Not from Corkus of course, but certainly from our other named members. Pippen valiantly fighting to give Casca an opening to flee shows that he is willing to throw himself in harm’s way for his comrades even against certain death. Judeau not only rushes in to save Casca but refuses to let her give up hope. Until the very end, he fights with a smile, helping Casca fight off the onslaught of demons. Even Guts fights to save not just Casca or the Hawks, but Griffith. He tries to save him up until the very end. While all of these acts are unsuccessful, the fact that they refuse to give up even in the most dire of circumstances shows their true nature. Something truly inspiring and heroic, something Griffith could never come close to.

It is during the Eclipse that Guts earns his nickname: The Struggler. Even the God Hand is surprised by Guts’ resilience in the face of countless Apostles. Fighting is nothing new for Guts, but this fight is different and not just because of the adversaries. Guts isn’t fighting for money or glory; he is fighting to protect the Hawks. I’ve said it before, Guts is at his best when he is fighting to protect others. This could not be truer than in these episodes. He willingly sacrifices his own arm to try and save Casca. Unlike the rest of the Hawks, Guts’s battle does not end here. Guts survives, not to live happily ever after, but instead to continue this battle for the rest of his life. We see this constant struggle to survive in “The Black Swordsman”, as waves of demons attack as night falls. This struggle will define Guts’s entire life from this point forward. Instead of becoming his downfall, it becomes his reason for being.

Despite things looking grim for Guts as the credits roll on the series, we know he survives. We saw him kicking demon ass one-armed and one-eyed in “The Black Swordsman,” so we know he gets out somehow. While there is a post-credits scene, it’s just a callback to the series opening with Guts and Godo. Luckily, if you’ve come this far and are still looking for more, there are a few options available. There is, of course, the manga, which is still being written and released. My suggestion is to start from the beginning and reread the Golden Age arc. As I’ve noted, there are a few characters that were cut from the anime that play some really pivotal roles. As of the writing of this article, there are 40 traditional style manga volumes in English plus Dark Horse is coming out with full-sized leather bound triple volumes as well. If reading books right to left isn’t your thing, there is a newer animated adaptation out there. There is a series of three movies that cover the Golden Age Arc, and two seasons of a series that skips the story arc directly after The Golden Age but picks up the story of Guts and carries it forward. While I have often criticized the newer series in these articles, I love Berserk and respect however people consume it. 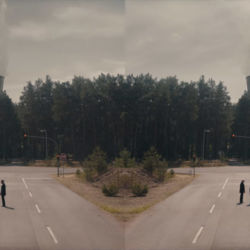 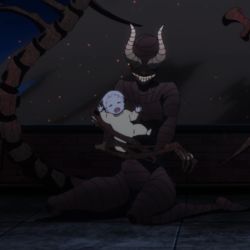