With a sojourn into the woods, the first season of Big Nate comes to a close. Let’s not waste any more time and get right to it.

One of the most consistent pieces of Big Nate is that there is taking down of adults. This isn’t to say that the show is unfair to its adult characters; on the contrary, it is exceedingly fair to them. Unlike the way that most kids’ TV makes the adults into perfect archetypes of responsibility and wisdom, Big Nate shows them as the flawed folks they are. Nate’s dad is an insecure, irresponsible dude just trying his best, and failing most of the time. Everyone adult at the school is a disaster of some sort, whether driven by greed, fear, or the joy of being mean.

The show gets a lot of mileage out of this, and it never fails to satisfy, as the adults are just so broken. It also allows the kids to be themselves, making mistakes, and not seeming like they are disasters. They fit right in with the adults in their lives, and that’s actually a wonderful message for kids everywhere: everyone, always, is a mess.

Dee Dee is one of the most fun characters on the show because of her overabundance of personality, mixed with her performance ambitions, which leads her to be over the top and emotive when so many of the other kids are a little less comfortable in their skin. This episode really deals with Dee Dee in relation to the other girls in her class. She’s usually paired up with the boys, so this is a different way of seeing her. And the way the girls see her is, frankly, annoying. She’s always trying to be someone other than Dee Dee, and the girls want her to just be herself. This, too, is a good lesson for kids: use your imagination, but don’t lose who you are. To quote the great philosophers of Cheap Trick, “Surrender, surrender, but don’t give yourself away.”

Mrs. Godfrey has been in the background as a villain for the first seven episodes, but this episode, she finally lives up to her reputation. Of course, this being Big Nate, her motivations aren’t pure for being an authoritarian, but she’s also not wrong in her desire to have the kids on a camping trip be safe and accounted for. She is a character that seems to have gotten the short shrift in the season, but makes up for it with “Wilderness Warriors.”

As always, I watched this with Ben and Amelia. Ben’s favorite moment was when Nate was showing off, attempting to the find the best rock in the woods, only to stick his hand into a bee’s nest, which then erupted and led to stings all over his face. Amelia’s favorite was when Dee Dee was running through her various famous personas, and was imitating Julia Child.

No one in our family was particularly familiar with Big Nate in any form before the series began, and we all now want to keep exploring. Amelia has borrowed 5 or 6 “Big Nate” titles from the library, and Ben has watched each episode at least twice. The show, and the comics, are irreverent, fun, and have, much like “Peanuts” before them, a real balanced view of childhood. Yes, it is fun and silly, but it also has sadness and absurdity. This was a very fun show to experience through the lens of my kids, and I’m glad we embarked on this together. 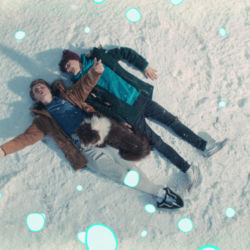 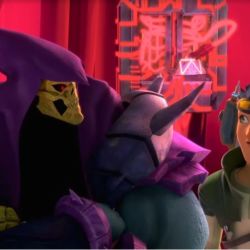 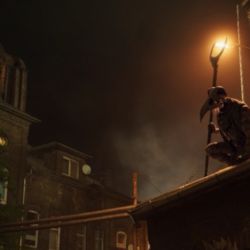