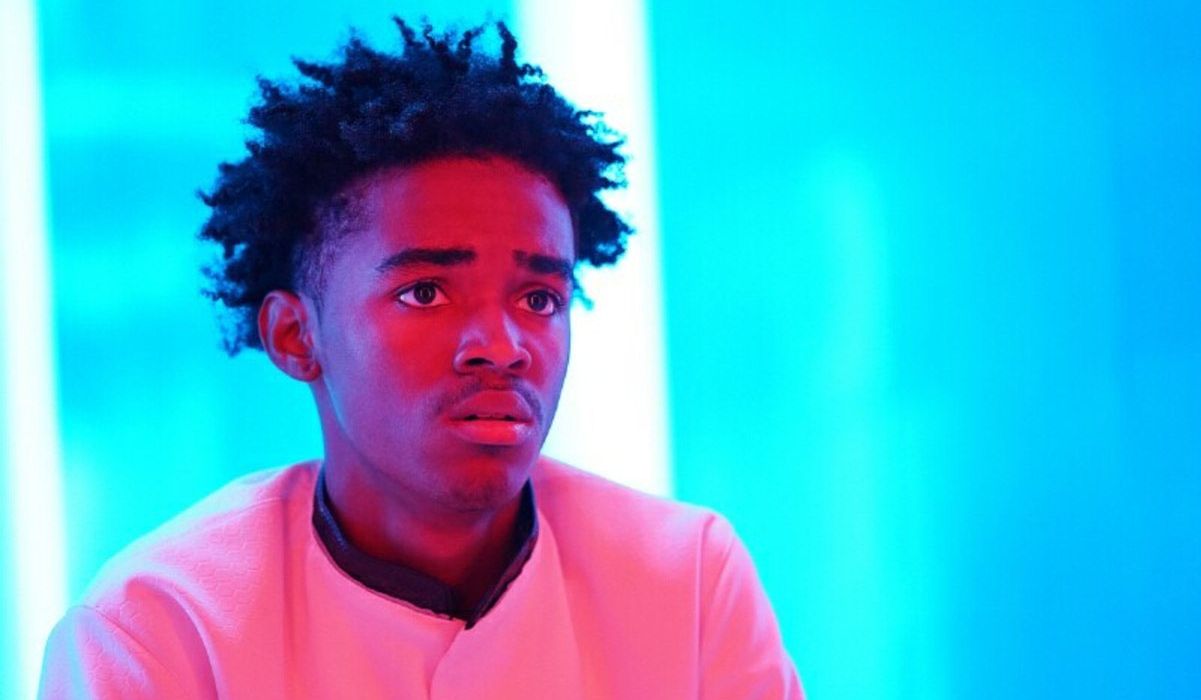 Had a good summer? Well I sure hope you did, because the people of Freeland clearly didn’t, as revealed in Black Lightning‘s season 3 premiere: the city’s under lockdown and quarantine by the ASA, who are interning and testing everyone who may have been given superpowers by their experiments – including Jefferson, meaning many are wondering where Black Lightning has gone. As a result, Anissa has to step up and lead the charge in fighting back against the occupation in her secondary identity as Blackbird.

Black Lightning has always been full of social commentary, but the season opener was in-your-face about not shying away from the concentration camps on the US-Mexico border, with it being made explicit that the kids rounded up have been separated from their parents. The sight of children being guarded in squalid cages comes as a further shock after the episode’s opening, where Jefferson and others who may have gained superpowers were all being interviewed in a clean, overtly sci-fi facility.

The episode later makes a strong point via Reverend Holt about the fallacy that children should be separated from their parents for breaking the law: here it’s about children consuming an imaginary drug than their parents crossing an imaginary line, but his retort that “laws are not infallible” is true, no matter which universe’s President they’re aimed at. Holt’s church also becomes a refuge, an accurate reflection of the sanctuary many churches have become in the age of tyrannical immigration enforcement.

2. The Black Officer and the White Criminal

Anissa’s visit to the children’s internment camp is interrupted by the arrival of Ned Creegan/Cyclotronic Man, a former ASA soldier who’s decided to turn his back on the military–industrial complex and save the children, only to get his neck snapped by Commander Carson Williams, a meta with the power to mimic other people’s powers. Firstly, I think it’s brilliant they used a character with the same powers as Magneto — comics’ most famous concentration camp survivor — to attack a modern day concentration camp.

Secondly, it’s fascinating that they made the product of the school-to-prison-to-military pipeline a white guy, and the authority figure who kills him black. I suppose it would’ve been too obvious the other way around, but it helps make strengthen Williams and his boss Odell as examples of how you don’t have to be white to advance a white supremacist agenda. Williams is a particularly terrifying example of a tool (no pun intended) for the patriarchy, goading Henderson into a fight, and using the infamous aphorism of being either with them, or the enemy.

3. Whatever Happened to Grace Choi?

As busy as they are trying to find a route out of Freeland for those the ASA are rounding up, Gambi and Anissa still find time to take note of a bizarre incident where a leopard devoured a group of guards. Analyzing surveillance footage of the leopard, they observe it shapeshifting into a man, which Anissa correctly deduces is her missing ex-girlfriend Grace — which implies she’s been looking into her disappearance because last time, she had no idea she was also a meta. Given Grace is a superhero in the comics, it’s going to be a long road of redemption for her (if she even becomes one on the show), given cannibalism is rather frowned upon. In any case, Anissa’s clearly moved on, finding some stress relief in the arms of reporter Jamillah Olsen, who’ll likely be her new love interest this season, especially since she’s stuck in Freeland with everyone else.

Speaking of false faces, Jennifer uses a new hologram technology developed by Gambi to flout the city’s curfew by posing as an Asian girl – which is weird, but not as weird as the introduction of such an elaborate, hard sci-fi concept, given how grounded and gritty the show generally feels. Jennifer explains she needs to sneak out to practice and let her lightning powers out, as otherwise the energy build-up in her body starts to hurt — I’m sure both ideas will pay off dramatically soon.

5. The Truth About Issa

After the tests conducted on him, Jefferson discovers a new superpower, allowing him to see through walls like a certain other major DC hero (the one who’s not Batman). It’s an odd choice, since it doesn’t have a basis in the comic, but it helps segue into the episode’s main subplot about Issa and Whale, who are also imprisoned in the ASA’s main facility. We learn Odell is making Issa use his power to force Whale to confess the location of the briefcase he’s had since season 1’s finale: Whale may be becoming frail in prison, but he instead tells Issa that season’s big bad Proctor was no rogue agent, but working for Odell.

As a result, Odell kills Issa with a poisoned meal. Lynn is asked to perform the autopsy, but given Jefferson informed her that Issa was healthy and Whale wasn’t, it’s likely she’ll recognize Odell is hiding something. Between that and Odell’s constant lies, you have to doubt his claism that the Markovians are actually posing a threat to Freeland — and as the final shot of Lala waking up again (ironically set to Bobby “Blue” Bland’s “This Time I’m Gone for Good”) reminds us, you have to wonder if whether Issa will remain dead. As always, we’ll probably find out in the coming weeks.

Bonus thoughts:
– I like that the title cards look more like a comic book now.
– It’s great one of the subjects being interviewed at the start is a Muslim girl, since Black Muslims are still pretty invisible on TV.
– So Odell is a creep, but does he really need to sneak up on Jefferson and Lynn when they’re making out?
– Love the cyberpunk eyepatch Gambi has, it’s so camp it’s fashionable.
– Not keen on the gratuitous decision to have Anissa wear no pants when she enters her armory.
– It’s funny how they can illustrate Whale’s immortality serum off wearing by giving him a bigger hair and beard.
– Anissa’s strength is growing: she’s only heard inhaling to summon it once. 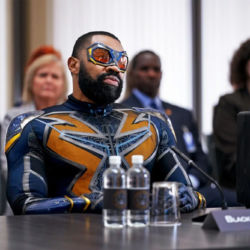 The Markovians are attacking Freeland, and the ASA are more concerned with eliminating loose ends – like Lynn and Dr. Jace – than the threat itself, leaving Black Lightning and friends alone to stop Gravedigger from reaching the Pit. Let’s pick up the pieces from Black Lightning‘s third season finale:1. Baby LightningDuring their initial clash […] 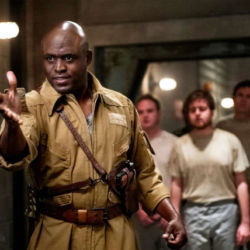 On Black Lightning season 3’s penultimate episode, Jefferson was plotting out the best response to Gravedigger’s arrival in Freeland, but Jennifer was none-too-pleased about her designated role as back-up. Meanwhile, Lynn discovered Jefferson’s big connection to Gravedigger, and Anissa and Grace decided to take the next big step in their relationship.1. Gravedigger’s Sensitive SoulLike many […] 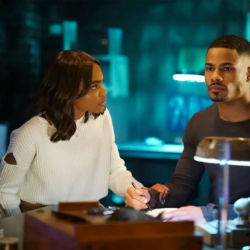 Five Thoughts on Black Lightning‘s “The Book of War: Chapter One: Homecoming”

After their humiliating defeat in the last episode, the Markovians began encircling Freeland on this week’s Black Lightning, and everyone’s seeking closure – Lynn asked her family to help her end her addiction; Odell agreed to Jefferson and Gray’s bargain; Brandon confronted Jace; Gambi settled his score with Lady Eve; and Khalil confronted his evil […]