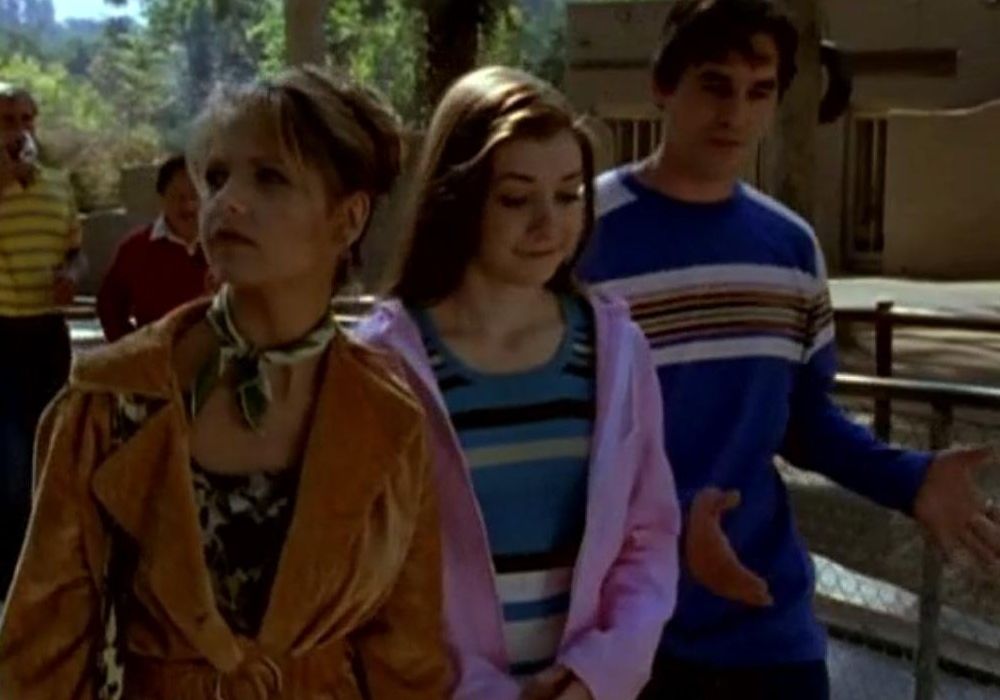 1. Another Break From The Master’s Plan

“The Pack,” episode six of season one, is another “monster of the week” episode for Buffy the Vampire Slayer. With it being so early in the story, some viewers might be/have been frustrated by how many episodes take a detour from the overarching story of The Master or be wondering where the vampires are at, but I personally enjoy the in-between episodes because the viewers are able to get a glimpse of the weirder side of Buffy the Vampire Slayer, other than vampires. The early “monster of the week” episodes add layers to Buffy’s world. The viewers are also prepared when the main story arc of the show crosses with the more stranger side of the world. And generally, these episodes are usually pretty good.

In “The Pack,” Xander and a group of edgelord teens get possessed by mystical hyenas. It’s silly sounding, but it works with the tone of Buffy the Vampire Slayer.

2. This Episode is Full of Cringe

Despite being an overall okay episode that toys around with an interesting concept of the supernatural in the world of Buffy the Vampire Slayer, “The Pack” is a tough episode to get through. Having to watch a possessed Xander try to sexually assault Buffy is tough to watch. I wanted to skip past that part. On top of that, the group of teenagers who are the villains of “The Pack” are ultra overtop in their douchery. The metaphor of bullies being like wild animals is definitely easy to see here in “The Pack.”

Luckily there is some humor sprinkled in throughout this episode that helps even the mood out. Like the school’s new mascot and Giles not being able to keep up with Buffy’s sparing.

Herbert, the newly crowned mascot of Sunnydale High, we hardly knew ye. You seemed like a good pig. Too bad Xander and his new douchebag friends, while possessed, decided to eat you.

4. Principal Flutie Should have Called the Police

I don’t know about you, but if a group of kids ate a live pig at the high school I went to, the police would have been called, but that’s not how it is handled here. Buffy the Vampire Slayer handles this particular situation that keeps to its campy vibe. Like the principal he is, Principal Flutie tries to handle the situation in his own incompetent way. Unfourtantly, a sit-down conversation with these hooligans didn’t go as plan and the group of possessed teens, discluding Xander, decided Principal Flutie would be a better meal than principal.

Rest in peace, Principal Flutie. Though you were a naive and awkward principal, you always seemed to have the right intentions.

5. The First Episode that Wasn’t Great

There were some fun moments in this episode, but by the end, I was relieved this episode was over. The cringy moments outweigh the good in “The Pack.” The previous episodes had me wanting more and episode six didn’t make me feel this way.

Join me next week for episode seven, “Angel.” 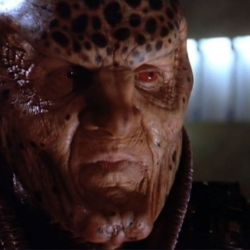 Assassination attempts are a drop in the bucket compared to war crimes, we witness loss the likes of which has only been visited upon the Markab, and the war of light and dark begins to step out from the hidden corners of space.