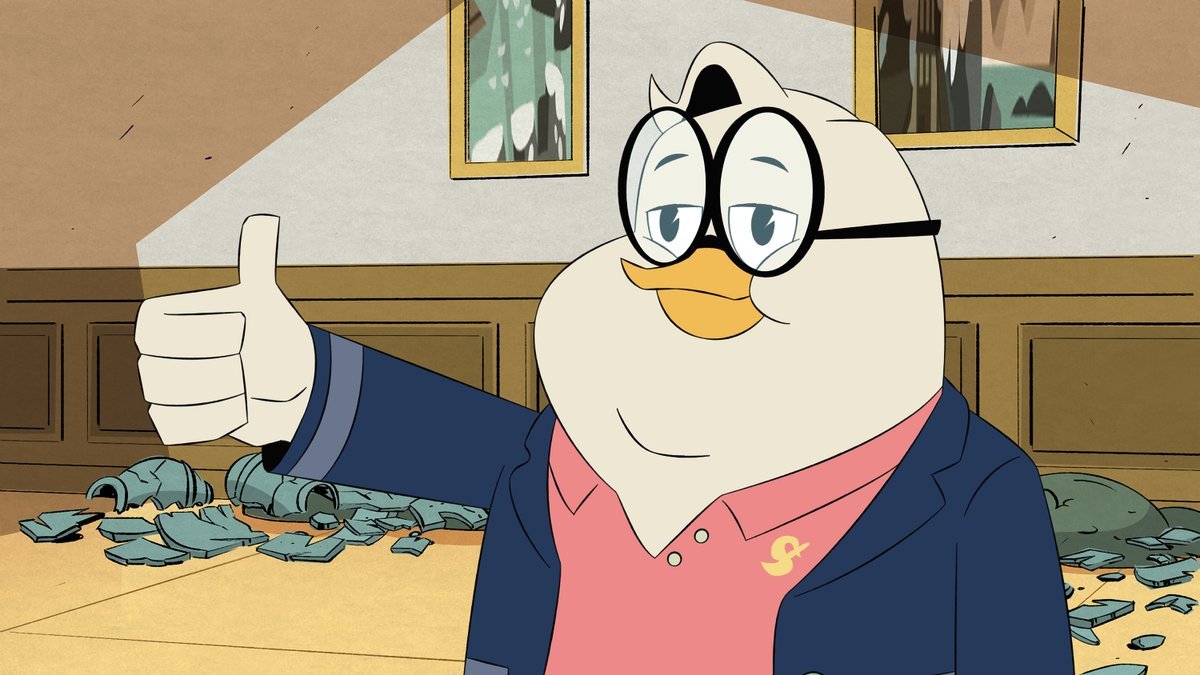 DuckTales is back from hiatus to finish out the first season of the reboot, and now it’s made the jump from Saturday mornings on Disney XD to the Disney Channel proper. So, let’s dive in! In this week’s episode, the boys embark on three separate adventures when Dewey declares that they are only children for the day.

This was a rough episode, but also kind of poetic for the series as a whole. The thesis of the episode was that the triplets work better together, and the same goes for the show. The characters don’t really work when on their own, or with weak supporting characters. Their specific character quirks work better when paired with the other main characters on the show. The triplets are a microcosm for how the entire cast of characters play off each other. Huey’s anxiety, Louie’s laziness, and Dewey’s ambition are not very interesting when left unchecked. What makes those characters’ core drives compelling is when they are balanced out by the other two. That does eventually happen this episode, but it takes too long, making it feel disjointed. The only positive side of isolating the boys was Dewey’s hilarious impressions of the other two; I wouldn’t be opposed to more of that.

One part of the episode that I did genuinely enjoy was having the classic Beagle Boys trio lead by Big Time. Seeing him yell at the other two, slapping them around, and trying to take all the credit felt very familiar as a fan of the original show. Unfortunately that’s about where my enjoyment ended. The dynamic of having Huey correct all their traps they tried to set for him, and then having Big Time trigger them all is way too similar to what happened last episode, when Glomgold triggered all of Scrooge and Goldie’s traps. The progression of “Tim” and “Timbo” slowly gaining respect for Huey may have actually been endearing if it wasn’t for that. Having them chant “One of us!” was also a bit too on the nose.

3. Not a great payoff

The way that each of the boys’ segments are connected felt like big narrative stretches. Huey and the Beagle Boys were in the middle of the woods, but still happen to crash land into Doofus’s house? Okay. Then the DT-87 security bot just randomly speeds off to his house as well. The show has done this kind of thing effectively in the past, where one group in a different location entirely meets up with the other. Just a couple episodes ago in “Jaw$,” the money shark that the boys, Launchpad, and Webby are trying to handle breaks out of the vault and then goes on to terrorize the city. This brings them together with Scrooge since his interview is cut short because of it. Those events felt like a natural progression of that plot, as opposed to arbitrarily being brought together.

Speaking of Scrooge, with the absence of any sort of narrative weight in this episode, his presence was missed even more than usual when he hasn’t made an appearance. There have been a couple other episodes, like “The Beagle Birthday Massacre!” and “Terror of the Terra-firmians!” where Scrooge doesn’t appear at all, and each time the lack of his presence has a large impact. Scrooge is the heart of the show and should be involved in some capacity in each episode.

In an episode full of disappointments, the worst one has to be the new version of Doofus Drake. The original version didn’t have much to him (he was lovable and perpetually optimistic, but a little slow), but the choices with this new Doofus are baffling. This Doofus is a spoiled child, who has basically imprisoned his parents after becoming the heir to his Grandma’s fortune. The way he’s actually portrayed, however, is more in line with someone with Autism Spectrum Disorder (ASD), which becomes extremely problematic since the show is putting him into a villain role because of that behavior. I should note that I personally have not been diagnosed with ASD, but it is in my family and Doofus’s portrayal immediately set off alarm bells. This characterization would not have been out of place in the original show, but it’s unacceptable now that we have more understanding of this kind of disorder.

Here are some of the signs of ASD according to the National Institute of Mental Health that Doofus shows throughout his segment: making little or inconsistent eye contact, tending not to look at or listen to people, failing to, or being slow to, respond to someone calling their name or to other verbal attempts to gain attention, having difficulties with the back and forth of conversation, having an unusual tone of voice that may sound sing-song or flat and robot-like, having trouble understanding another person’s point of view or being unable to predict or understand other people’s actions, and repeating certain behaviors or having unusual behaviors. Doofus’s seemingly disproportionate response after stopping Louie from damaging his Grandma’s portrait also seems like a meltdown, as opposed to a regular temper tantrum. To cap off the problematic portrayal, Doofus keeps his parents as prisoners in their own house, a direct metaphor for how some parents of children with ASD feel. 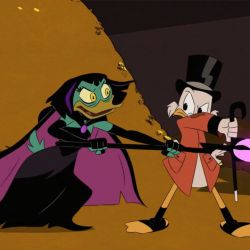 Five (and a Half) Thoughts on the DuckTales Season Finale, “The Shadow War!”

DuckTales is back from hiatus to finish out the first season of the reboot, and now it’s made the jump from Saturday mornings on Disney XD to the Disney Channel proper. So, let’s dive in! In this week’s episode, Magica De Spell finally makes an appearance in the flesh, just as Scrooge has driven everyone […] 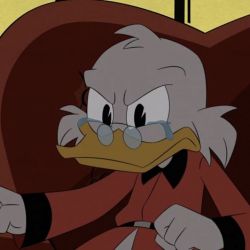 Five Thoughts on DuckTales‘ “The Last Crash of the Sunchaser!”

DuckTales is back from hiatus to finish out the first season of the reboot, and now it’s made the jump from Saturday mornings on Disney XD to the Disney Channel proper. So, let’s dive in! In this week’s episode, the gang’s latest adventure is cut short and the boys finally discover what happened to their […] 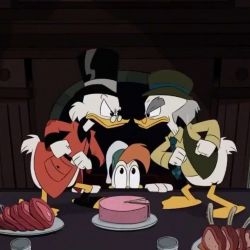 Five Thoughts on DuckTales‘ “The Secret(s) of Castle McDuck!”

DuckTales is back from hiatus to finish out the first season of the reboot, and now it’s made the jump from Saturday mornings on Disney XD to the Disney Channel proper. So, let’s dive in! In this week’s episode, Scrooge and the gang pay a visit to his parents’ house, which only appears every five […]