In the most conceptually ambitious episode of Cloak & Dagger yet — which, admittedly, is not a particularly high bar to clear — takes us inside the head of Ivan, father of Roxxon engineer Mina, Hess. Ty and Tandy’s fantastic voyage finally moves towards some answers by going straight to the source, and in “Lotus Eaters” the show at last appears to embrace its genre.

That said, I don’t have anything nice to say about that opening flashback. Seeing Ivan Hess’s final day at work on the soon-to-exploded Roxxon oil rig first-hand is weighed down by enough thudding dramatic irony to cure severe anaemia, even if it does set up the premise of the episode. However, it was soundtracked by The Decemberists song “Sons and Daughters,” which is a jam, so shout out to the music supervisor on this episode.

Somewhere between Eternal Sunshine of the Spotless Mind, Life on Mars and Inception, Ty and Tandy’s navigation of the muddled, hostile mind of the now-comatose Ivan is a smart borrowing of a very literal generic trope. Despite being all in one guy’s head, there’s a palpable sense of tension that’s been missing from most of the show, and Tim Kang’s Ivan is a charming, witty presence in another refreshing change of pace.

Not only is the high-concept, semi-bottle-episode conceit of “Lotus Eaters” a cheering embrace of Cloak & Dagger’s source material — as opposed to pretending it’s a serious, and seriously underwritten, crime drama/conspiracy thriller — but we actually get some superheroics this time around too! Tandy and Tyrone both get to try out their respective powers on the zombie-like hordes of murderous projections of Ivan’s psyche during a couple of half-decent fight scenes, and Tandy casually tossing light knives his way was a great character moment.

In one of the best-shot, blocked and performed moments in all of Cloak & Dagger thus far, Tyrone confronting Tandy with her failures as she tries to remain in Ivan’s head — where she can go on hearing her deceased father’s voice, albeit down a phone line and completely imaginary — was a great moment…which nonetheless hit a bit of a bum note. Is, as Tyrone said, Tandy’s problem that she pushes people away? Or that she needs to just get over her dead dad? I return to a point from an earlier recap: aren’t these reasonable ways to be, given the circumstances?

5. “It’s okay…you’re okay.”
I’m no chump. I realise that the reason for these declamatory moments of emotional breakthrough are more beholden to a writer’s need for dramatic catharsis than an authentic conception of a grieving super-teen. But it’s clear the writers know how to land these moments as, once again, Tim Kang nails his own breakthrough as Tandy coaxes back his memory of his daughter.

Is “Lotus Eaters” the hour that turns Cloak & Dagger’s rocky first season around? Or is it destined to end up in the middle of a “Bad Shows With Great One-Off Episodes” listicle in a year’s time? Should I give that new Decemberists record another try? Let us know in the comments below. 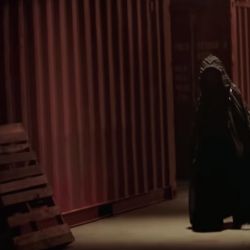 The problem with digging into the past is you might find something you don’t like. I don’t mean, you know, a disco-era photo of your dad on roller skates and short-shorts with a huge perm, I mean something even more profoundly disquieting than that. This week on Cloak & Dagger, Tandy learns some things are […] 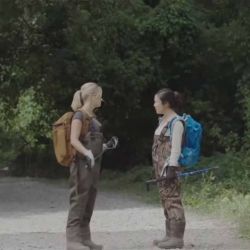 Is there such a thing as a “normal” life? In this sixth hour of Cloak & Dagger, its teen protagonists Tyrone and Tandy try to ingratiate themselves with individuals they assume to be on a more even keel to themselves…only to discover they’re not the only ones with hidden traumas. Let’s take a look at […] 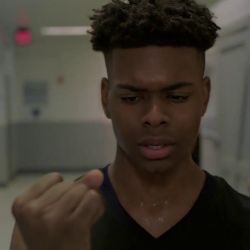 We’re at the halfway mark of this inaugural season of Cloak & Dagger, the only show currently airing that’s brave enough to juggle the topical hot potatoes of police corruption, the dark side of Instagram, and what I can only assume is a new designer drug called “chilli spaghetti” because no way is that a […]