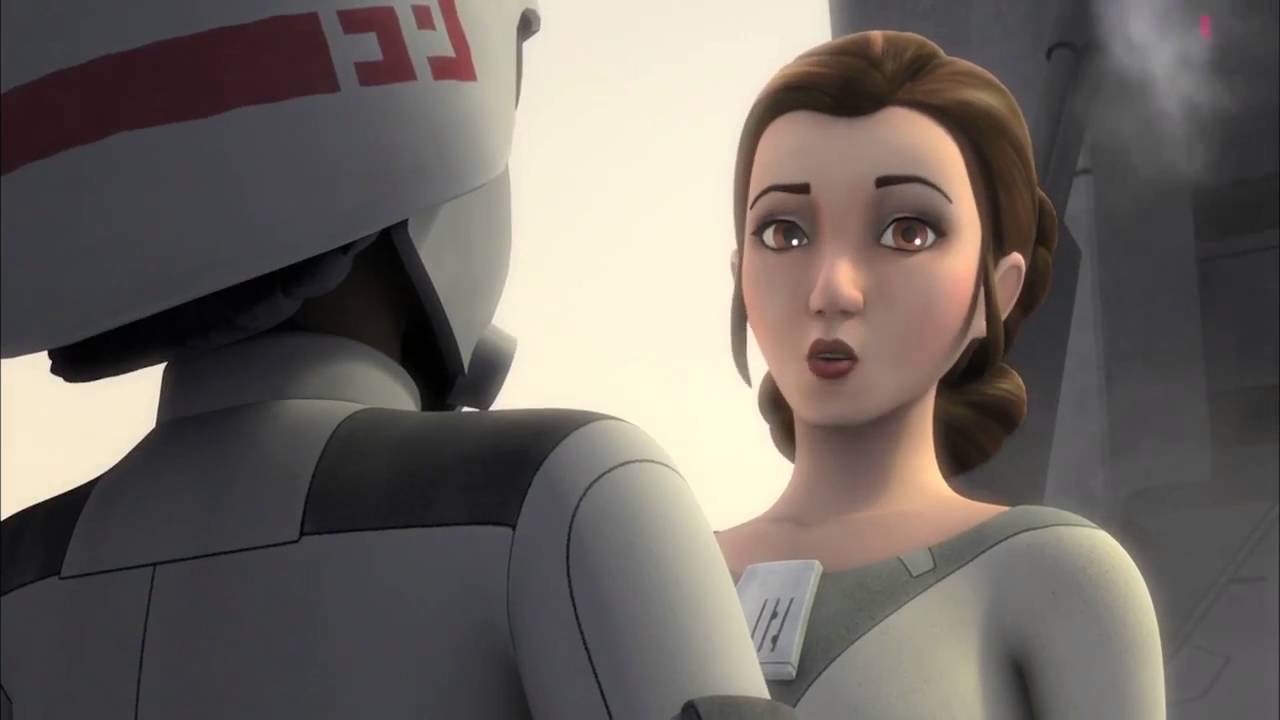 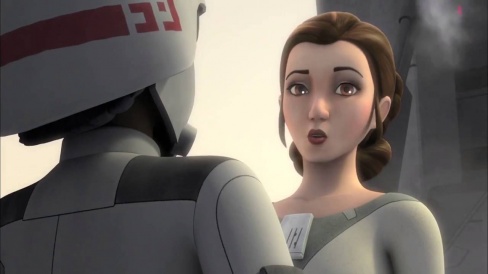 Star Wars: Rebels is back! It’s been a long break and while we certainly did get more Star Wars over the break thanks to The Force Awakens, I found myself missing the Ghost Crew. Well, they’re back in a big way this week with one of my favourite episodes of the show so far.

So let’s dive into it, shall we?

1. The Princess Is Here

See, this is the kind of thing I’ve been waiting for the show to do for a long time. Seeing as we’ve already seen her (adoptive) dad, Bail Organa, on the show multiple times as part of the Rebellion, it only made sense to see how Leia got her start as a Rebel. There was some fear, I’ll admit, that this was going to come off as a little gimmick-y, but the show handled it really well by having Leia connect with Ezra in an attempt to help him move past the news of his parents’ deaths as well as having her run-in with the Ghost crew be a catalyst for her in her aid to the Rebellion.

It was a nice blend of seeing how Leia became the feisty Rebel leader we saw in A New Hope while having her advance the story of the Ghost crew. I certainly wouldn’t object to the show bringing her back in later episodes to show her get more and more actively involved with the Rebellion.

2. The Escalation Of The Rebel Threat

One of the things I really appreciated here was the fact that Empire is beginning to respond to the Ghost crew’s rebellion on Lothal with more and more intensive measures. I mean, it was almost getting embarrassing how easily it was for them to run circles around the Empire so it was nice to see the Empire finally take a no shit approach to dealing with the possibility of a rebel attack.

I mean gravity clamps, stormtrooper patrols and two walkers? For three cruisers that are supposedly for aid supply? Yikes, these guys are not messing around anymore. I mean, it made for an excellent heist at the end of the episode, but still. No more Mr. Nice Empire.

Speaking of which, this episode had a few action setpieces that were really fun, but that last heist of the three Old Republic cruisers was something else. It was a thing of beauty not just to see the Ghost crew pull the job off almost effortlessly, but to see the scene of hesitation beforehand. It’s rare that we’ve seen this crew faced with these kinds of seemingly insurmountable odds on this level (usually things seem tough, but still doable) and even rarer to see them almost completely out of ideas at first.

Having Leia there to kick them into high gear, basically telling them that they’ve pulled off the impossible before and can definitely do it again, gave me some serious Firefly vibes for some reason and I loved it.

Plus, Kanan slicing the legs off that walker? Goddamn, why didn’t Luke think of that on Hoth?

This one might be a mite spoiler-y, but we finally got confirmation in the mid-season trailer that Ezra will be feeling the pull to the dark side as I’ve suspected. I think we’re really beginning to see that here as clearly Ezra is still reeling emotionally from learning the fate of his parents and while Leia does manage to connect with him and having him refocus those emotions back towards the Empire, we see it come out as quite a lot of aggression as he takes down that trooper.

Now, I don’t necessarily think that Ezra is going to turn into another Darth Vader, but I do think the show’s going to have an interesting exploration in how to express emotion and are going to have Ezra’s story parallel Anakin’s as well as Luke’s.

While we don’t see him in this episode, I remember thinking how cool it was that Rex joined the Ghost crew’s mission. It really stood out to me that they were recruiting likeminded people to join their cause as rebels, not just their crew on the Ghost. It also allowed the show’s cast to increase and feel like we’re actually building a rebellion here.

This episode pulls the same trick with an admittedly less cool character, but I still appreciate it. Sure, it’s interesting that someone so close to Ezra’s parents is going to be on hand to further that emotional storyline, but to me it’s more interesting to see how the fight against the Empire won’t really let someone like Azadi rest until it’s over. Obviously it’s bittersweet that we, as the audience, know that it’ll never really be over, but it’s refreshing to see a rebel who needs to fight the Empire because they have nothing else left.