Welcome back, Multiversity readers, for another episode recap of Apple TV’s For All Mankind. “Rupture” is the aftermath episode of Edward Baldwin staying up on the moon alone and following what is happening down on Earth with his family.

1. “Brain Dead”
Karen Baldwin gets an urgent update about her son Shane’s accident, and despite life-saving surgery, he is deemed brain dead. Now at this time in history, it is a relatively new term, so there’s still some unknown, and the shock of the news causes Karen to ask for a second opinion. Tracy Stevens doesn’t leave her side while in the hospital and does her best to help Karen deal with the doctors, reports, and such, but even with a brave face for her best friend, she knows how this will ultimately end. This episode shows Karen’s strength in trying to make sense of her son’s accident alone since her husband is on the moon by himself. She tries to be brave and strong but is slowly starting to crack as she runs around talking to people about the situation.

2. Apollo 24
As the world keeps up with Ed Baldwin and working on the moon base alone, NASA is trying their best to get Apollo 24 off the ground to relieve him. The crew comprises Deke Slayton, Harrison Liu, and Ellen Wilson to lead the team. During a television interview introducing the crew, Ellen is heavily criticized for being a woman, as they try to use the information of Danielle Poole’s injury as a fault of all women. Deke and Harrison back her leadership qualities and that she is more than qualified to lead this team. Unfortunately, it doesn’t end there; back at NASA during the mission meeting, the backup for Apollo 24 is criticizing the fact that now they have to follow a woman, an older man, and an Asian America. It’s tough for an audience to watch because these accusations and comments are entire without merit and surface-level close-minded thoughts but, unfortunately, real sentiments for the time.

3. Aleida’s Acceptance
Aleida Rosales has been shown every other episode, and last we’d seen, she was tutored by Margo Madison to help her achieve her academic goals and get involved with the space program. This episode gives us an update as she continues to push toward her dreams but also a reminder that she is still a teenager at the heart of it. Aleida shows up late to a check-in meeting, and Margo notices that not only does she have a new necklace but a hickey as well. Despite the achievement of getting into the Kennedy Math and Science Program, Aleida is considering delaying her acceptance so that she can finish the school year with her friends and love interest. However, Margo sternly reminds her that she has not only to stay focused but work ten times harder than any of the boys because the higher-ups will look for any reason to discredit her. Margo is a character that comes off as harsh and mean due to her bluntness, but she’s only telling Aleida the truth and that it’s a competitive field that has to be taken seriously.

4. Gordo’s Confession
Gordo Stevens seems mentally in better shape since his return to Earth. He is still working for NASA and is now part of the CAPCOM team, which means he and Danielle get to communicate with Ed daily to help with his tasks and keep him sane. We also find out that he has started to see a psychiatrist and has a breakthrough by bringing up the hardships in his marriage and a glimpse into what happened on the moon. It’s a refreshing moment for Gordo because, for the most part, he’s come off as hard-headed, stubborn, and seemingly more loyal to Ed than his wife. There’s a great moment when Gordo finally tells Tracy about starting to see a psychiatrist, and at first, she laughs in disbelief, but once she sees the truth, she starts to tear up. She’s happy that he is getting help but also hurt because she realizes he doesn’t feel comfortable enough to talk with her due to their current issues. Taking a step back from the show and looking at all the characters, it seems that none of them open up about their true feelings and are constantly trying to figure each other out without saying what they mean.

5. No Choice Now
The significant part about Shane’s accident is do they tell Ed about the situation. Deke, Gordo Stevens, and Danielle are the only ones that think Ed deserves to know about the situation. Everyone else, including Karen, believes it will only distract him and make him being up there alone even worse. Everyone follows suit because it’s Karen’s wishes, but Ed gets a communication from Russia giving their best wishes for his son, which only confuses him. His confusion ends with him attacking a camera he’d found near his work site on the moon, and the relief that comes with it quickly fades. Karen calls Ed after getting news from the second doctor that their son will not wake up, destroying him. It’s heartbreaking on many levels because he has given NASA everything without a second thought, and right now, it feels like it cost him his son. There’s also betrayal on his mind as he mutes communication with ground control. Ten days is the last time of arrival for Apollo 24, but it’ll feel like an eternity for him.

Alexander is born and raised in the Bay Area. When not reviewing comics for Multiversity he's usually writing his own review for his Instagram @comicsandbeerreport. He's also a sports fan so feel free to hit him up on twitter with any and all sports takes @a_manzo510. 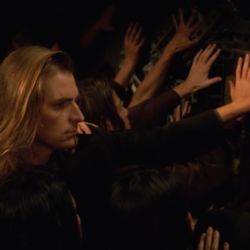 Five Thoughts on Babylon 5‘s “A Tragedy of Telepaths”

The telepaths play games with Zach’s people, the Alliance struggles with egos and a disinformation campaign, and G’Kar is filled with righteous fury at the reappearance of an old friend. 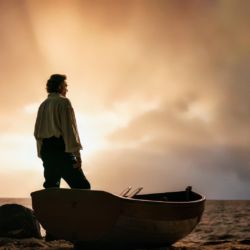 Ten Thoughts on Our Flag Means Death’s “Wherever You Go, There You Are”

The Gentleman Pirate sets off to find his true love, for reals this time. I couldn’t contain my thoughts to five, so set sail with me for ten as we conclude our Summer TV Binge coverage of Our Flag Means Death, season one. I’m so happy to be able to type “season one” knowing there’ll […] 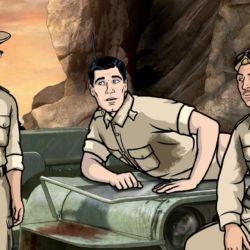 Five Thoughts on Archer’s “Once Bitten”

Hi folks! Welcome back to our weekly recap of Archer’s fourth season, on the Multiversity Summer TV Binge 2022. This week’s episode is named “Once Bitten,” it shows us more of Archer’s past, and that is never a happy place, let’s dive right in!1. How painful would it be?The boys go on a mission to […]