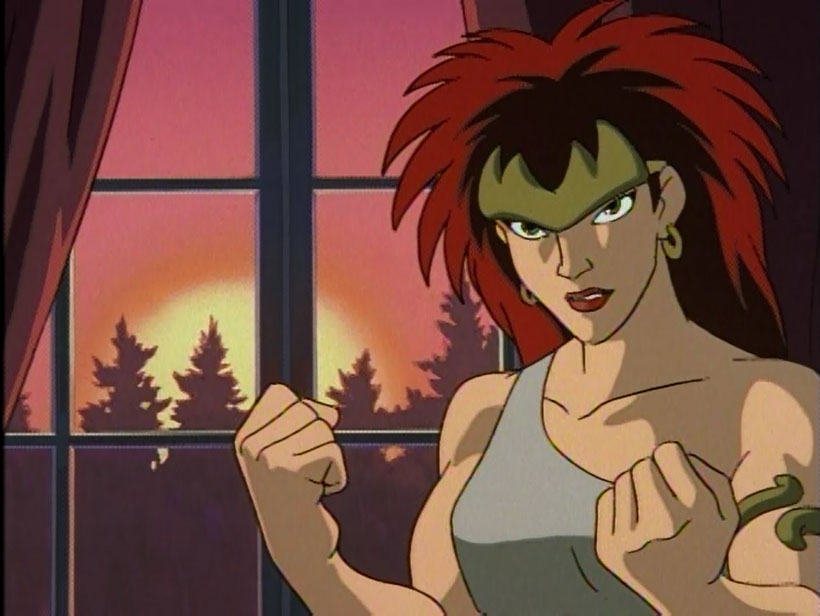 This week’s retrospective of Disney’s Gargoyles looks at “High Noon” (airdate: September 25, 1995) and “Outfoxed” (September 28, 1995). The first one is very much a postscript to the previous week’s epic “City of Stone,” with Demona and MacBeth – already back from wherever the Weird Sisters took them – stealing Coldstone from the Clock Tower:

This episode gets round to exploring when Elisa gets to sleep, with a couple of morning conversations with the cop Morgan (who happens to share Goliath’s voice actor Keith David) about the long nights she’s been having. It just demonstrates how cool the character really is when the rest of the Gargoyles wind up getting captured by Demona, MacBeth and the evil Coldstone, when she has to save them all first thing in the morning: I don’t think any of us are anywhere that competent after being up for 12 hours.

This episode finally sees the return of the human form that Puck cursed Demona to live with during the day at the end of “The Mirror.” It’s really strange how living as a human wasn’t explored at all until now, even knowing Disney designed this season to air out-of-order if necessary, and now that it does show up again, it feels like an excuse for fans who just want to drool over a human version of her: when she transforms into a human before Elisa’s eyes, she literally strikes a pose. Similarly, when Elisa accepts Demona’s challenge to save her friends, MacBeth and Evil Coldstone just look on as they wrestle and quip that it’s “diverting.” 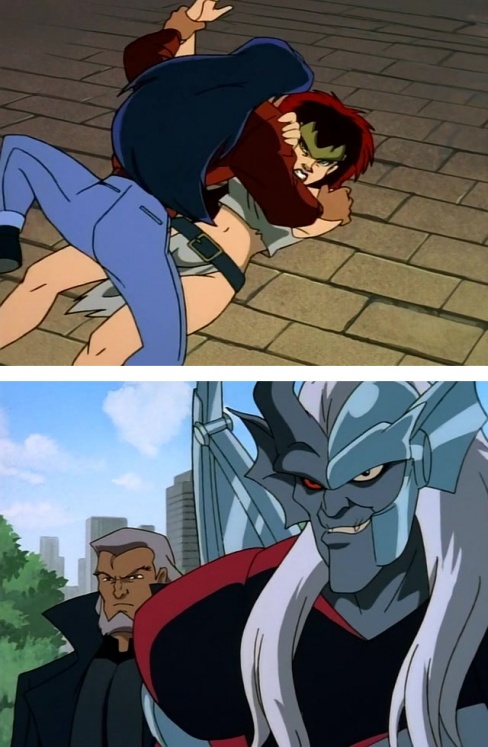 3. A Wiz-Weird Sister Did It

The episode raises so many unanswered questions: why are Demona and MacBeth working together? Why don’t the cops notice them stealing away Coldstone in an air ship? Why do no bystanders notice Human Demona in her skimpy outfit, or the huge squabble in Central Park? It turns in the end, the Weird Sisters are behind it all, compelling Demona and MacBeth against their nature to steal Coldstone so they could distract Goliath from the theft of the Grimorum, the Eye of Odin, and the Phoenix Gate. It doesn’t feel like an out-of-the-blue reveal either, with them appearing in Coldstone’s mind as his lover so his good personality will reassert itself over the evil one, so it all dovetails together nicely. 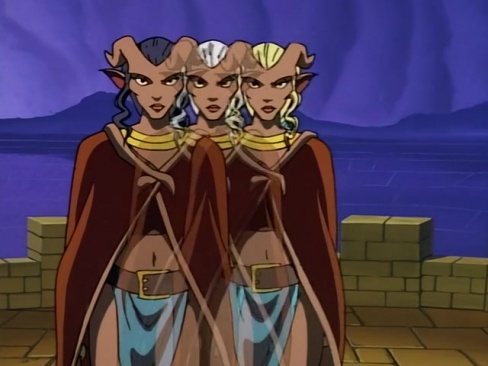 “Outfoxed” follows on from the storyline in “Awakening” where Xanatos tricked Goliath into attacking a rival company’s air ship. This time, Goliath boards a new ship, Fortress 2, out of fear that Xanatos is up to his old tricks: it’s actually Xanatos’s missus Fox who’s masterminded the plot this time, bribing Vogel, the assistant to the ship’s owner Renard, to kill him, as she stands to inherit a big windfall.

This would be a rather dull episode, where Goliath fights a load of robots whom Vogel has ordered to crash the ship, were it not for the dialogue between Renard and the captured Gargoyle leader. Despite his sinister appearance, Renard proves an uncompromisingly moral leader, who gets Goliath to swallow his pride and own up to his complicity in his past crime. His willingness to sacrifice himself to stop civilian casualties at the end also moves Vogel to undo his betrayal, which is so powerful. 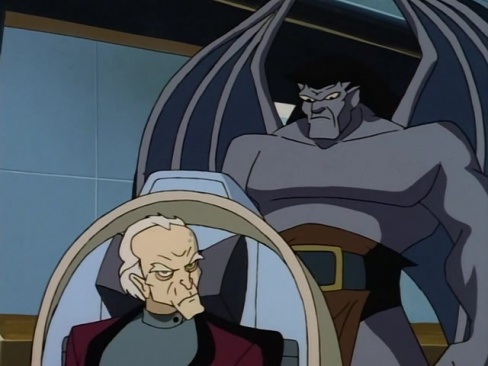 In any other cartoon, these would be the bad guys.

When I realized the ship’s owner’s name was Renard, I thought to myself, “You mean like Reynard the Fox? That can’t be a coincidence.” And lo and behold, Fox herself infiltrates the ship to greet Renard, who we learn is her father. We also learn that her birthname is Janine, and are informed by her that she’s now pregnant with Xanatos’s child. These two episodes have planted some major seeds for the future, as I have no doubt the child will also figure into the Weird Sisters’ plan, somehow.

Bonus thoughts:
– The production code no. for “High Noon” is 026, and it would’ve made a decent season 1 finale – following on from an epic four parter, providing a satisfying cliffhanger for Coldstone and co., and teasing the future – had the production not been so troubled.
Continued below

– Hudson and Broadway are still learning to read, which is so endearing, as is Hudson not understanding what Elisa means by “hitting the sack.”
– Vogel looks like a color-swapped Burnett, and as we learn from Renard, Burnett worked for him before Xanatos: poor guy clearly has a preference that won’t love him back.
– In a great callback to “Metamorphosis,” Renard reveals that Sevarius was another employee poached by Xanatos, and initially suspects Goliath is one of his genetic experiments.

Join me next week for “The Price” and “Revelations.” 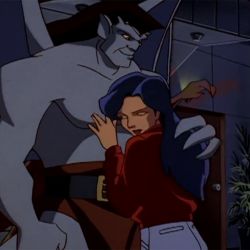 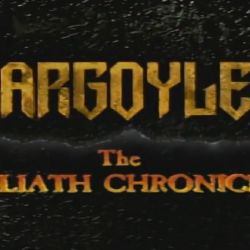