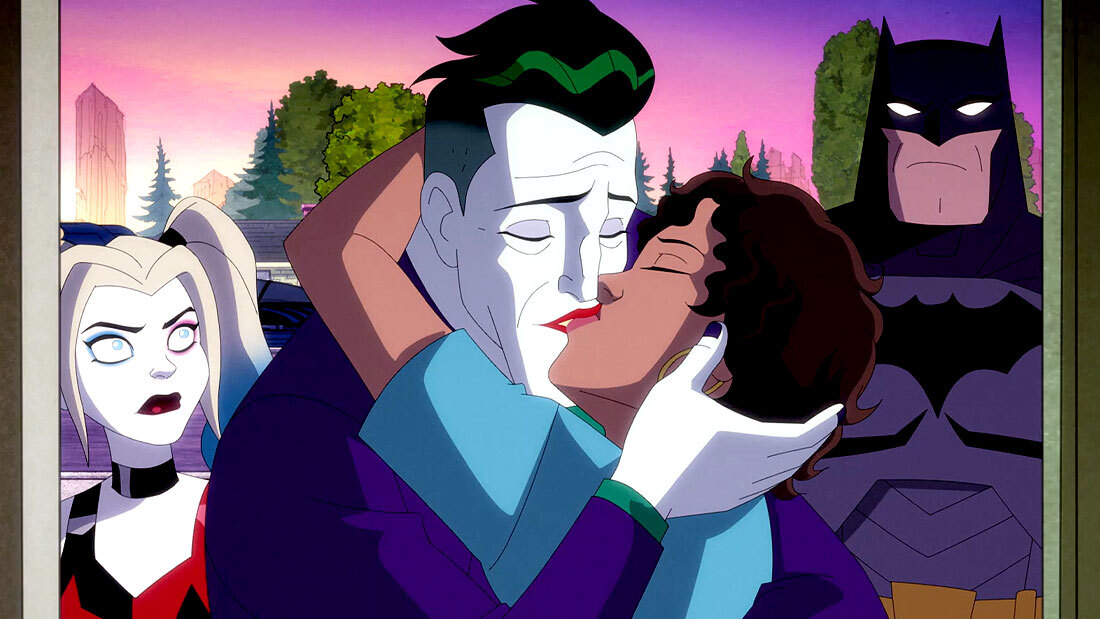 Joker returns to help Harley release the Justice League from Fable’s storybook in this week’s episode of Harley Quinn. Harley’s team up with her psychotic ex is one of self-reflection, personal revelations, and change. Mostly for the Joker, which is bonkers. The clown prince is in love, and it’s with a civilian. Even Batman can’t believe it. Did you ever think you would see the day where Batman is giving Harley and Joker a ride? He’s basically their Lyft driver.

At the other end, Dr. Psycho is flexing his power with a battalion of mind-controlled Para Demons. I will continue to say it, Dr. Psycho is OP. That dude’s powers can’t be stopped. He takes over minds for Bethany’s sake. He will eventually fall, and maybe at the hands of a short joke. Until that time (which is rapidly approaching), he has the world by the short and curlies. And once again, King Shark and Clayface are nowhere to be found. Damnit all to hell, I say. I want my crew front and center!

Did you say you want five thoughts? I have them right here. Piping hot.Spoilers ahead.

1. So he just turns back into the Joker?
I am having a hard time believing that the Joker just turned back into his old self. Why didn’t he turn into some new, crazier, more disfigured version of his former self? Maybe the faceless Joker or something. Nope, just back to normal. His skin returned to its standard shade of alabaster white, the old memories are back, and not a hair out of place. That is some magical ass acid right there. Also, it’s acid. It should do way more damage. I suppose something did change. This new Joker is in love with a nurse. The acid turns you crazy and teaches you the value of companionship. It seems like every time someone is dunked in that stuff, they come out loving someone.

2. Wait, Darkseid has a phone?
When did Psycho get Darkseid’s number? Better question, who is Darkseid’s service provider. I have had great luck with Verizon. They have nationwide coverage. Does that extend to Apokolips and New Genesis? The ridiculous notion that Darkseid would walk into a Metro PCS store and sign up for a plan makes me smile with delight. I don’t believe the big man would ask anyone to do it for him either. Darkseid would insist on reading the contract. As a man known to subjugate mass amounts of people, he knows a thing or two about sticky contracts. He definitely has a family plan with Big Barda and Mir. Miracle on there. I would have loved to see Darkseid on a call with Mr. Miracle and his son. Grandpa Darkseid misses his baby boy!

3. What is Ivy’s “Step 2”?
Ivy is in a mad rush to marry Kite Man. All to help move on from her feelings for Harley. But what is her step two? The marriage won’t erase the deep-seated love she has for her bestie. If anything, it will fester and eat away at her and the union. That’s not fair to her, and especially not Kite Man. That lovable goof deserves better. I also don’t agree with Kite Man’s assessment of Ivy’s wedding dress. She looked gorgeous, and it was totally her dress. The price tag was crazy, though.

4. A crowbar vs Para Demons
Para Demons are an enigma. They aren’t as useless as a Storm Trooper since you see them accomplish some goals. They actively maim and murder the denizens of Gotham. They even look pretty damn cool. Then you get a scene where The Joker and Harley kill a butt load of these acid-blood devils, and you start to wonder. I harp on this so often, but non-super people in the DC Universe are just as powerful as folks with powers. I can’t fathom a baseball bat holding a candle to a Para Demon, but here we are, and it totally does. I want the Para Demons to be a weird elite force, instead of a pack of Flying Monkeys on steroids.

5. “My Stepdad’s the Joker” is a sitcom I’d watch
Continued below

The Joker shaking up with Bethany is an excellent turn of events. I don’t recall the Joker ever having a healthy relationship in the comics, but this one could be fun. A passionate Latin woman could keep the clown prince in check. Add in a couple of cute kids, and you have yourself a sitcom. If DC wants to take this idea and run with it, I will only ask for a small voice acting part in exchange for that golden idea. An animated sitcom called “That’s Our Joker,” or just steal the name “Family Matters” and focus on this new unit. The hijinks alone are worth the greenlight. You can even bring in Punchline and make her the crazy ex that pops in and out like Kramer from Seinfeld.

The wrap-up
Another excellent episode that ties a lot of loose ends together. Welcome back, Justice League! They are a nonfactor, but it’s always nice to see John Stewart. Bethany is my new favorite character. The woman who tamed the Joker. I am super interested to see where that relationship goes, and how Beth deals with the Joker being all Joker-y. He said he has a reason to kill now, which is even more terrifying. The Joker at a school bake sale, literally killing the competition. I am all in and every bit of that. DC hit me up, and I can write so many episodes of that show. We also get Ivy vs. Harley. This time, the battle for each other’s hearts. I feel bad for Kite Man and his eventual heartbreak. As with most things, it won’t end well for him. Until that time, I give him a “Hell yea” salute and say, enjoy Ivy while you can. She’s going bye-bye.

Catch you next week, Hyenas! #egotforharley 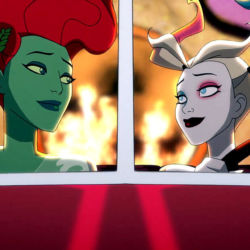 Season two is in the bag Hyenas—what a great sophomore outing for this raunchy-ass animated series from DC Comics. Harley Quinn has excelled at positively highlighting a myriad of characters from DC’s backlog in the past two seasons. One thing those folks over at DC have down is their animated series. If I may humbly […] 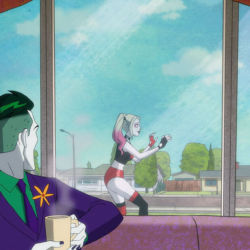 Season two’s penultimate episode has arrived along with the Justice League! Batman, Wonder Woman, and Superman are back in fighting form, helping take down the army of pestering Para Demons plaguing Gotham. Where is Green Lantern and Flash? Good question. Who cares, I suppose. The fact is the Big Three are kicking demon butt while […] 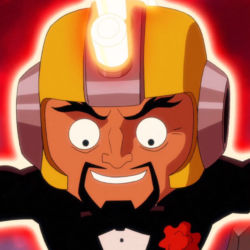 Harley does the walk of shame in today’s episode of Harley Quinn Not so much shame as crippling sadness and regret. It’s better to have loved and lost, isn’t that what people say? The gang returns from their respective parties to deal with the consequences of their actions. King Shark is handling his arranged marriage […]