Welcome to season 1, episode 6 of the re-imagined world of He-Man and the Masters of the Universe. In which we get treated to not one but two Fantasia moments in the episode.

1. In case you forgot what happened last episode

Turned on episode 6 to remember that in episode 5 there was a bathing/crotch shot joke with Skelator, so I had to prepare myself. Luckily no Porky’s style shower scene in a kids show this time around, but there is a scene where two soldiers fall out of a tree and say “what happens in the tree stays in the tree” and then limp off together. Probably nothing, right? They did just get beat up by Orko the Great, speaking of which..

This episode takes its inspiration from the 1940s animated classic Fantasia, and do it well for the next generation. This version of Orko is much more compelling and sympathetic. Not to mention having a computer monitor for a face, he is able to express emotions like emojis. This makes him more relatable to the younger generation who express complex sentiments through simplified cartoon characters. The sequences of magic are fun to watch and retain the whimsical nature of Fantasia, so I fully cosign this.

3. Duncan, there art thou

I was waiting for Duncan’s moment to really shine and this episode was a worthy payoff. In this episode he reveals himself to be the Donatello of the group. He is clearly the smartest one when he gives them a complex plan and they are silent at the end. He pauses, then simplifies the instructions to “smash the big monster!” and they jump into action. And that’s the part that makes you root for the team because they trust each other fully. They may not know how the plan will work, but they trust Duncan to have the best intentions for them.

So far this show has had excellent pacing, with each episode building directly upon each other. Instead of feeling formulaic in any way, the episodes stand better together than alone, because there is context you need from the previous episodes to enjoy the payoffs in the following episodes. For instance, there is a little moment where Evil-Lyn slides in a line about Skelator’s promises to her. This is setting her up to be the evil woman scorned, methinks she will backstab him out of spite when he inevitably welches on his promises.

Early in the episode there’s a moment where Prince Adam can meet his dad face to face. They are sneaking through the palace and he spots his dad looking at a statue. Instead of running to him like I was expecting they hide and he makes sure to not be seen directly by his father even when they are exposed. I wondered why and later in the episode he expresses anger at the fact his father never looked for him. He feels if he loved his son he should have looked, and that’s probably what happened but he’s a kid so of course he would see it that way. That feeling of abandonment is probably one many kids today can understand, which again makes the show in tune with the generation. 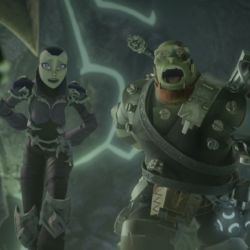 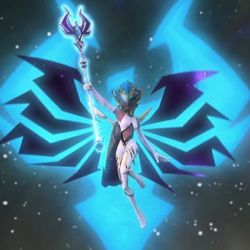 Five Thoughts on He-Man and the Masters of the Universe‘s “Chapter 4: The Champions of Greyskull”

Welcome to season 1, episode 4 of the re-imagined world of He-Man and the Masters of the Universe. Episode 3 was action-packed, with the gang learning to work together to save each-other’s lives.Spoilers ahead.1. Commitment to character developmentAs the opening credits run I realized that it’s episode 4, and I still have no idea how […] 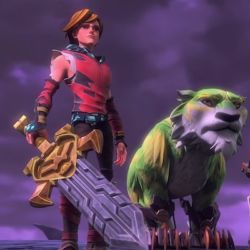 Five Thoughts on He-Man and the Masters of the Universe‘s “Chapter 3: The Heirs of Greyskull”

Welcome to season 1, episode 3 of the re-imagined world of He-Man and the Masters of the Universe. Episode 2 ended with Prince Adam and the gang facing onerous odds, only to be saved at the last moment by his long lost Uncle Keldor.Spoilers ahead.1. Duncan, a work in progressThis incarnation of He-Man and the […]