Welcome back to Multiversity Comics’ Kipo and the Age of Wonderbeasts reviews. This week there’s hot breakfast, board games, a piano four hands, and a Kipo impersonator. 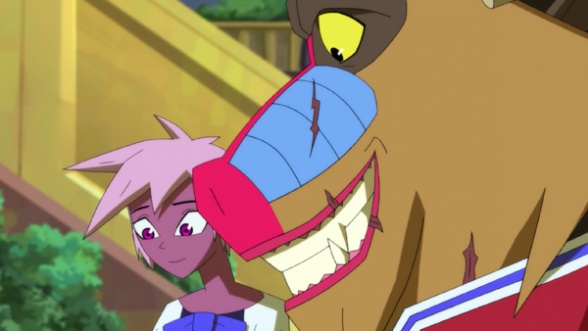 Either way, hot breakfast is awesome, and yet again I find myself watching an episode that requires a matching meal so I don’t go mad from the onset of my cravings. Only I’m gonna go with an upgrade and use actual butter, not real fake butter spray. Look, it’s a post-apocalyptic world, so you work with what you can get, but man, this just breaks my heart. Those poor pancakes. 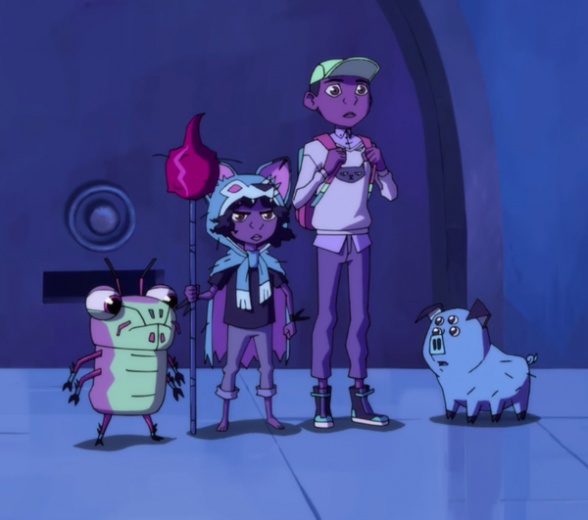 So, Dr. Emilia going up against the Brunch Bunch, I immediately scoffed at the idea of her even having a chance. . . and then she shows she’s actually got some moves. Who’d have thought? Still, I felt like the pacing was off here, almost lethargic in places considering it’s a fight scene. There’s a very stop-start feel to the fight, which dilutes the threat. It’s not that this fight scene is particularly bad or anything, it’s just that Kipo has a high standard for its action scenes, and by comparison to others, this one felt a bit stiff. 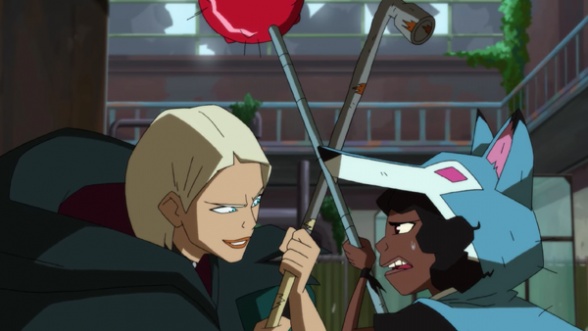 Also, I thought the storyboarding was weird in places where Dr. Emelia and Wolf are framed as if they’re the same height. This isn’t necessarily a bad thing, and the show often cheats Wolf’s height for the needs of individual shots, but in this case I felt like putting the two characters on even ground worked against the scene. Wolf should feel small and Dr. Emilia should feel big—it adds to the tension of the scene and demonstrates the power imbalance better. 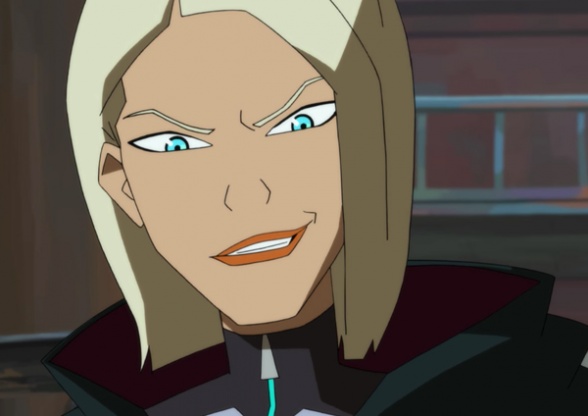 The scene tightens up near the end, but considering how much is at stake and what this fight costs, I would’ve liked to have seen it pushed further. I’ve got to admit, I liked that near the end of the fight, when Wolf was struggling, for Dr. Emilia the fight is still easy. She’s completely in control and merely toying with Wolf. Either way, the scene cements Dr. Emilia as a force to be reckoned with. 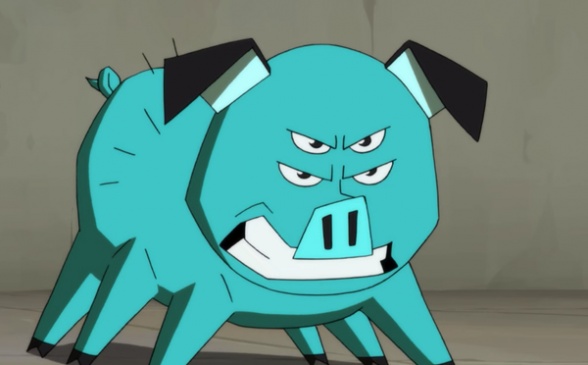 I love that Kipo gives everyone some major moments this season, even Mandu. And I don’t just mean the fight with Dr. Emilia. I mean, c’mon, all through this episode Mandu is great. Mandu’s shame at being discovered posing as Kipo and getting the Brunch Bunch in trouble is so nicely done, and I enjoyed seeing her annoyance at being forgotten or as an obstacle. 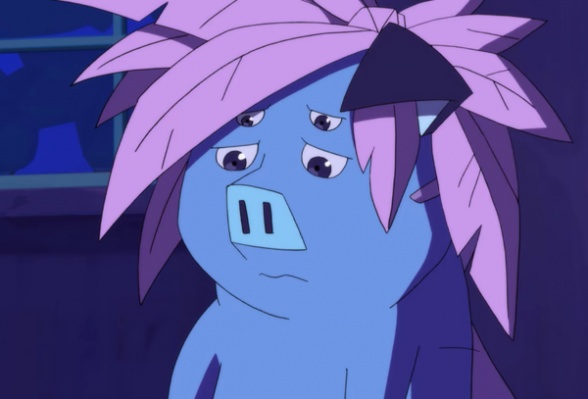 But Mandu taking down Dr. Emilia was the best, especially in contrast to the Emilia versus Wolf scene. Here, Dr. Emilia clearly does not have control of the situation. 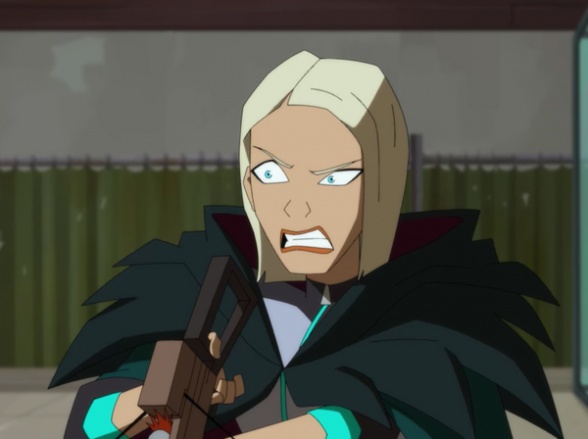 Plus, I like that this highlights how Dr. Emilia underestimates mutes.

I’m not really lamenting the loss of a poison staff here, but rather the deliberate destruction of a part of Wolf’s identity. The fight was over, there was no reason to destroy Stalky, but Dr. Emilia smashed it anyway. 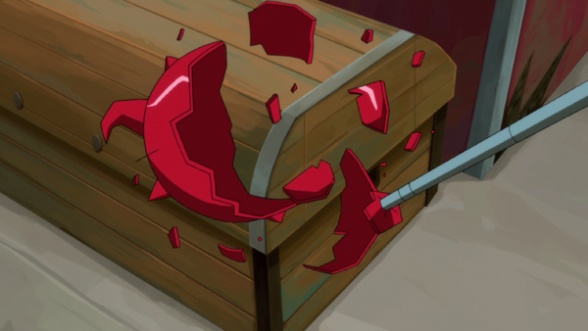 Wolf comes out of this fight physically unhurt, but by destroying Stalky, we get a strong visual to attach to the emotional damage that’s been done. It’s a way to tell us that losing this fight isn’t something Wolf can just brush off and get over.

Still, I liked that Stalky got a final moment with thanks to Mandu.

In “Sympathy for the Mandrill,” we finally got to meet Hugo, and in this episode that’s used to mask Scarlemagne. This season has done a lot of legwork to set up Dr. Emilia as “the real villain,” so it’s easy to get lulled into the sense that Scarlemagne isn’t the big bad anymore. Then that gilded crown comes out. . . then the gilded mod frogs. . . 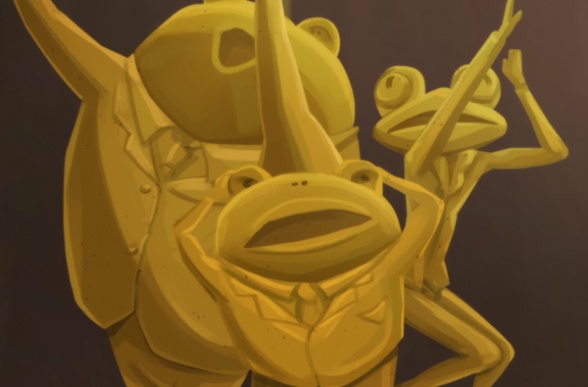 Let’s not sugarcoat this—that’s straight-up murder. This episode gave us a glimpse of what a redeemed Hugo could look like, but there was one worrying note in all of it—Scarlemagne still hated Hugo. That was reinforced time and time again. In order to be redeemed, he has to on some level value the good person he was, but Scarlemagne doesn’t. He’s been actively trying to snuff out every spark of Hugo that’s in him.

For me, the chips had already fallen the moment Scarlemagne appeared in the final scene, ominously playing his piano while using Song as an unwilling chauffeur, not even acknowledging her personhood. That one moment told us everything we needed to know about who he’d chosen to be. That’s the really important thing here. There’s a lot of talk about choice in this episode, and for good reason. Hugo’s story is tragic, yes, but it does not absolve him of his choices. 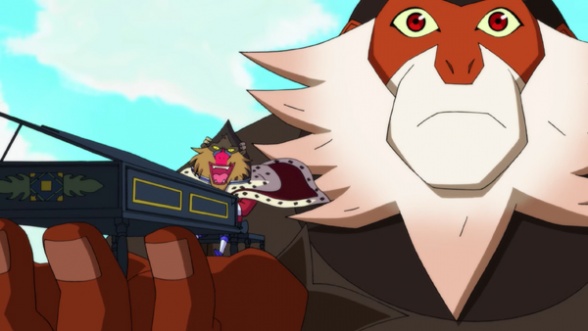 What did you think of this episode? Let me know in the comments.


//TAGS | Kipo and the Age of Wonderbeasts 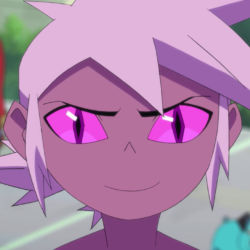 Welcome back to Multiversity Comics’ Kipo and the Age of Wonderbeasts reviews. This week there’s a colosseum full of molten gold, a gilded flamingo, Mulholland, and Heroes on Fire. . .“Heroes on Fire”Written by Bill WolkoffDirected by Michael Chang1. Kipo being pragmaticIn the opening of this episode, we get a short flashback to when Kipo […] 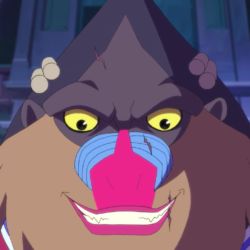 Welcome back to Multiversity Comics’ Kipo and the Age of Wonderbeasts reviews. This week there’s sad songs, isolation, humiliation, betrayal, and much needed hugs.“Sympathy for the Mandrill”Written by Christopher Amick & Ben MeklerDirected by Bridget Underwood1. Dave, making plans better?So our heroes come up with a plan to rescue Kipo, and then Dave adds dinner […] 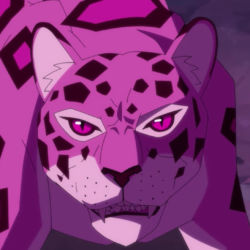 Welcome back to Multiversity Comics’ Kipo and the Age of Wonderbeasts reviews. This week there’s aliens, some sonic revelations, giant bats. . . and I’m not going to talk about any of it because there’s so much character-based and thematic material to discuss that there’s simply not room within the 5 Thoughts format.“Benson and the […]