Welcome back to Key House, where things are starting to get more intense for the Locke kids. The emotional beats are continuing to hit, but more evil elements are beginning to come into play this time.

With Bode reunited with Kinsey and Tyler, he immediately hits the hammer on the nail with their realization that Dodge is not only back, but that means that the person they put behind the Black Door was Ellie Whedon Rufus’ mom. It’s a tough pill for all of the Locke kids to swallow, but it adds some good questioning to how they previously handled the keys. This guilt is good because it not only lights a fire under their asses even more, but it will help them be much less impulsive when it comes to attacking Dodge. She has shown them that she is more than willing to play the long game but to be ruthless and cutthroat when need be.

The sad love story for Tyler continues as he realizes that he’s going to lose one of his favorite connections with Jackie. After confirming Duncan’s memory being restored to the Memory Key, Tyler attempts to do it to Jackie too so she can remember the magic and all the memorable times they’ve had, but she still says no. Her fear stems from seeing the beauty of magic and the dangers and misuses it can be used for. It feels unfair for her not to want to remember the magic. After all, it can have a bad side because it would apply to everything. Nothing is perfect, and there will always have ups and downs. Still, it is important to remember she mentioned in a previous episode that she wanted to stop trying to remember because of the mental pain it was causing her. Tyler’s insecurities stem more from the idea of losing another person that he loves, especially with his dad when he felt helpless, and now he’s done everything, but it’s still not enough.

Ever since Kinsey put her fear back in her head, it feels like it should have stayed a little longer. This episode is probably the toughest because she is dealing with the guilt from Ellie and the fact that her romantic relationship has been a facade by a demon. So what can be left for Kinsey to go through? She has to put on a happy face and facepaint kids at the Winterfest for the town. It’s some well-done scenes by the creative team because although it has tense moments, it comes down to a game of chicken between the two even though Gabe doesn’t know Kinsey knows he’s a demon.

Dodge/Gabe always puts on a brave face whenever Eden mentions the relationship with Kinsey. It does seem apparent there may be something more to it. Maybe they’ve fallen for Kinsey in some way because, despite multiple opportunities to force Kinsey to do what they want, it never happens. It may be simply more cautionary, but it seems there may be some real feelings underneath the original intent all along.

Bode and Duncan find another key in the house called the Chain Key. Neither knows exactly what it does, so Duncan decides to ask Erin since she is the last Keeper of the Keys and has the most knowledge of what they all do. She lies and says she’s unsure, but when Duncan leaves, she takes it and decides to use it against Dodge herself. It turns into this crazy situation when she finds Gabe/Dodge, and it unleashes these seemingly unbreakable chains that also force Gabe to start turning into his proper demon form. Eden intervenes just in time and resulting in killing Erin and leaving the Lockes to fend for themselves. This season continues to push the emotional points of all the characters, and killing someone they’ve all grown close to and helped nearly move on from the keys is forcing them to the levels they’ll need to beat Dodge.

This feels like the moment in the first Avengers movie when Coulson is killed, and the heroes finally band together for the greater good to avenge their friend. By the end of the episode, they invite Gabe over to Key House, and it seems like they have a trap ready for him to step in.

This entire season has been a dark switch in comparison to the first, and this episode gave the payoff it’s been leading off. There’s been this build-up to something significant coming, and now we’re starting to see what that is. The death of Erin is significant, but it also gives us the demonic look of Gabe/Dodge. We’ve only seen him threaten Eden and raise his voice, so to see some action in the show, I felt relieved that the creators wouldn’t just try to save it for the end with a big battle. I’ve seen a bunch of magic this season, and it’s still pretty cool, but there’s been a massive game of cat and mouse for the better of the season, but now I’m hoping for a small solid battle before the finale. I’ve noted how they’ve all been going through their trials, but now I think they’re reaching a solid state of maturity and thinking less emotionally and strategically. Hell, they spent nearly three episodes taking care of their Uncle after almost frying his brain. 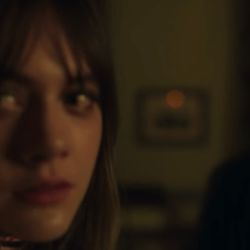 Five Thoughts On Locke and Key‘s “Past Is Prologue”

Welcome back to Key House for the midpoint for season two of Locke and Key. In This episode, all the kids get clues that lead to the same conclusion. Gabe continues to try and find a way to make a key with his hidden purpose while also trying to maintain his relationship with Kinsey. So […] 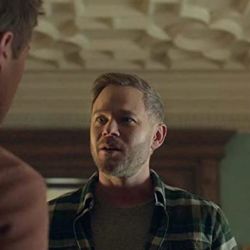 Five Thoughts On Locke and Key‘s “Forget Me Not”

Welcome back to the Key House! Tyler, Kinsey, and Bode Locke get some severe testing for their emotional bandwidth in this episode. Gabe is pissed about using all his materials to make a new key but brings some unexpected good news.1. Chamberlin KnewIt seems like the dear old ancestor of the Locke’s wasn’t as foolish […] 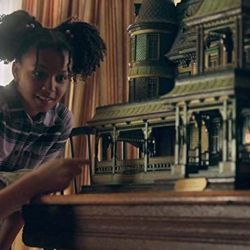 Welcome back to another adventure at Key House with the Locke family. The last time we saw Kinsey and Tyler, they were getting Erin out of her mind and trying to find out how they could remember magic once they turned 18. Luckily episode three keeps the main plot moving and gives the audience a […]