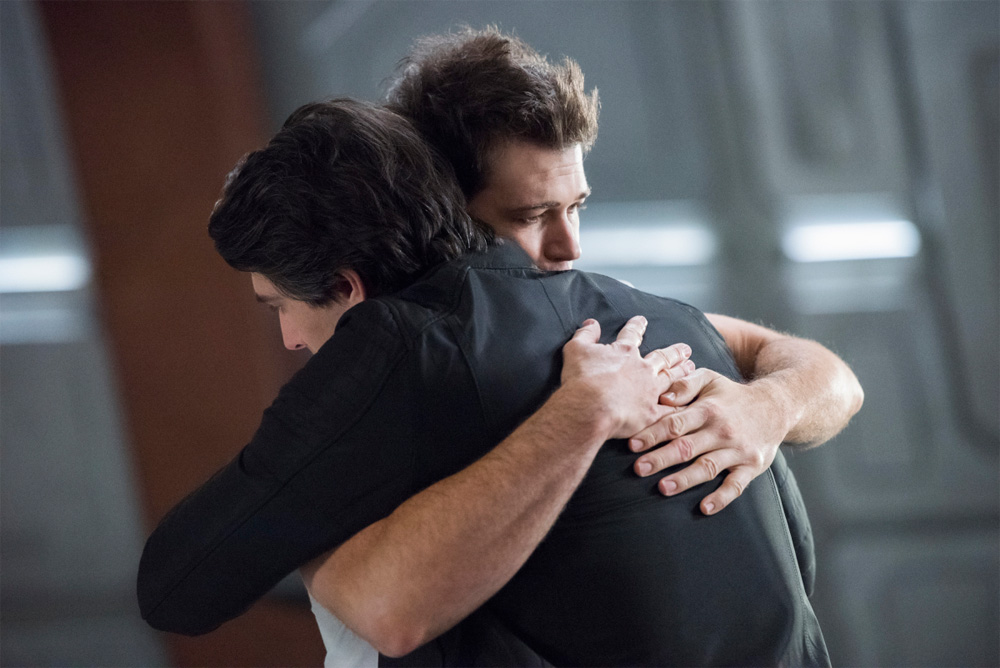 William Shakespeare wrote in Romeo and Juliet‘s balcony scene that “parting is such sweet sorrow,” so it was appropriate that the Bard finally showed up on Legends of Tomorrow for Ray’s swansong, where the Legends had to stage his tale of star-crossed lovers in London, 1594, after an altercation in a bar causes “Will the Quill” to start writing about superheroes instead.

Mona finally returns this week and calls a Book Club meeting, which quickly turns into a bachelorette party for Nora – similarly, after getting the ring Charlie needs from Shakespeare, Nate decides to throw a bachelor party for Ray in Elizabethan England. Now it is funny they’re having these parties after their wedding, but hey, it is a time travel show. The girls’ party certainly brought a lot of laughs, especially the fireman stripper who’s much more aware of what’s going on than Sara realizes – I guess in the CW/DC world, everyone knows what a “tachyon scrubber” is sooner than later.

There’s a meta-element in this episode about how Shakespeare has writer’s block, because he’s unable to bring himself to finish his play and kill off Romeo and Juliet. Because he sees the inebriated Legends using their powers after the bachelor party goes south, he’s inspired to give his characters superpowers and team them up, hence the titular new play parodying Batman v Superman: Remember When Thor and Iron Man Fought? (Legends‘ ability to self-parody clearly extends across the DC multiverse.)

I do think this had the unfortunate implication that comics, by nature of having characters who don’t age and move on, are more juvenile than live-action productions like this show. That said, having read Anthony Del Col, Conor McCreery and Andy Belanger’s disappointing comics series “Kill Shakespeare,” which imagines a shared Shakespeare universe, I can safely say the idea bites and that it’s for the best Old Bill did his own thing.

This episode contains two instances of a character trying to keep a secret, only to be told by the person they’re trying to keep the secret from that they know. They’re both ways to expedite the character arcs before the tension becomes drawn out and tedious, but help in different ways. First, Ray, who spends the first half of the episode fretting how to tell Nate he’s leaving, is informed by his bro that he knows: it explains why he was so keen to throw a bachelor party for him while away in the past, and why he got drunk enough to use the memory eraser incorrectly. The second was Mona revealing she already knows Mick’s internet troll is his daughter – she just needed him to figure out he needed to reconcile with her for himself, which is a great sign of growth on Mona’s part, as the old her probably would’ve tried to force him.

Perhaps even moreso than his marriage to Nora, Nate is the biggest relationship in Ray’s life, and so it was their bromance ended in this episode on a very romcom note: Nate realizes he overreacted at being the last person Ray told he’s leaving, and returns to the ship during the performance to say goodbye. When he steps back onto the Waverider, he thinks he’s arrived too late, but it turns out Ray waited for him so he could get one last hug. Their friendship is so pure and kindhearted, and I love that these two men can tearfully say they love each other as they wish each other goodbye without fearing someone’s gonna pop in and yell “ha, gay!” Goodbye Brandon Routh and Courtney Ford, and thank you: hopefully we’ll see you again sometime soon.

I should say a few things about the episode’s depiction of Stratford-upon-Avon’s most famous son: I thought the mustache on actor Rowan Schlosberg looked pretty fake, but the decision to have him wear kohl around his eyes gave him the debauched air of an Elizabethan actor, which we must remember Shakespeare actually was.

Overall, the episode was far more interested in the era’s theatre than the man himself (for a show with so many queer characters, it’s curious no one – as far as I could tell – references Shakespeare’s bisexuality). I thought it was awesome and period accurate seeing Nate play Juliet (even though he would’ve been far too old), while Ava pulled a Shakespeare in Love. Also, it was amusing seeing Shakespeare acted with American accents – firstly, I’ve got to check out videos of American Shakespeare performances to hear what they tend to sound like now, and secondly, this is arguably closer to what Elizabethan plays sounded like, given received pronunciation wasn’t a thing back then.

– Ray and Nora realizing it’s a good idea to kiss after you’ve brushed your teeth, instead of first thing in the morning, is just so realistic it’s amazing.

– Zari holding up everyone needing to use the bathroom in the morning was great, but aren’t there other toilets Behrad can use instead?

– Ray calls their group a Fellowship of the Ring because they needed to obtain a ring and as a callback to season 2: yay, double points!

– Everyone toasting Ray’s departure by drinking his green juice, and then realizing they’re gonna throw up, proves this show knows how to be sappy, but not too sappy.

Well that’s it from Legends for now, with new episodes being delayed because of the pandemic until April 7. If only we could watch the Waverider gang in quarantine eh?

But to be frank, and give it thee again.
And yet I wish but for the thing I have:
My bounty is as boundless as the sea,
My love as deep; the more I give to thee,
The more I have, for both are infinite.
I hear some noise within; dear love, adieu!
Anon, good nurse! Sweet Montague, be true.
Stay but a little, I will come again. 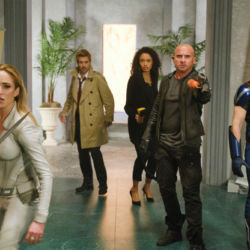 It’s not actually been six months since “Crisis on Infinite Earths” wrapped with the start of the season, but Legends of Tomorrow season 5 has come to an end, and sadly because of our own crisis-plagued world, we’ll have to wait longer than January for season 6. Still, what a “Swan Thong” – they even […] 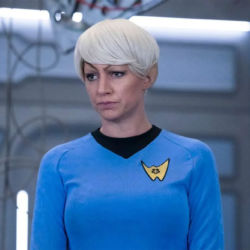 This week on Legends of Tomorrow, the Fates had taken over the world, and the Legends were trapped in Friends, Downton Abbey and Star Trek rip-offs designed to sway the masses into trusting their masters’ order. Fortunately, Zari’s original self was accidentally reawakened, and she inspired Mona and Gary to help them get all their […] 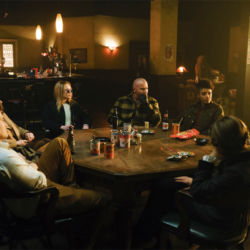 Five Thoughts on Legends of Tomorrow‘s “I Am Legends”

This week on Legends of Tomorrow, everybod- oh, I’m getting ahead of myself: Lachesis and Atropos forced Astra to steal the Waverider, stranding the Legends in England. While Astra stalled Lachesis from using the Loom of Fate with a list of demands, Atropos awakened the dead to prevent the gang from reaching a Time Bureau […]