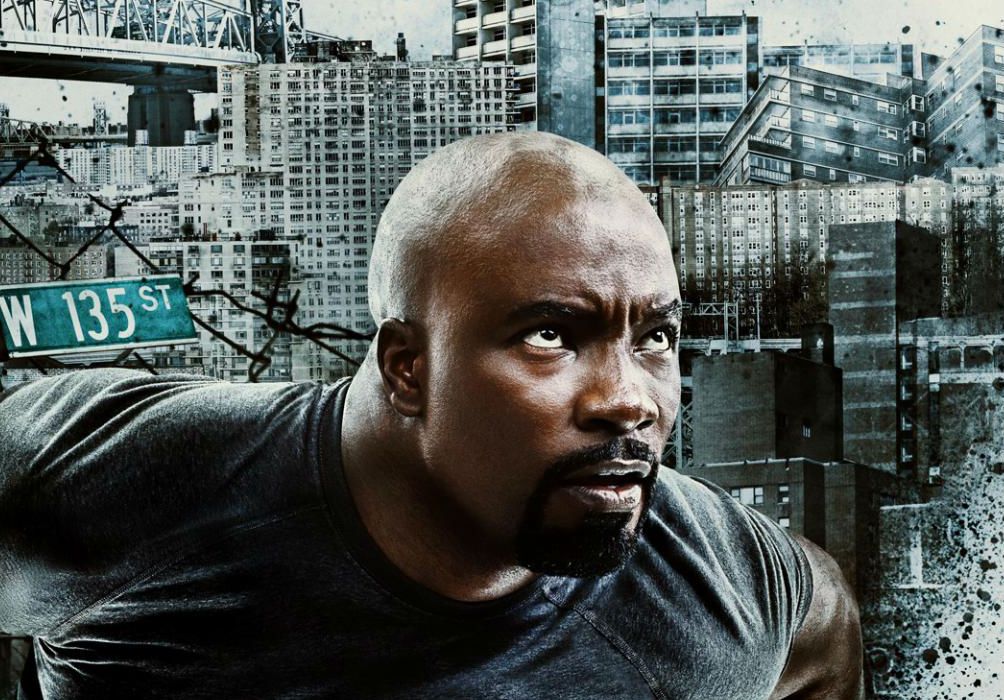 We’re back with the third episode of Luke Cage Season 2, “Wig Out.” Opinions differ on Luke beating Cockroach, Misty Knight and Colleen Wing give us the crossover we’ve been waiting for, and Bushmaster finally makes his move(s).

Claire is horrified when she enters Drea’s apartment and sees the destroyed furniture and half-dead Cockroach, but her reaction shifts rapidly from horror to anger and disappointment with Luke. Her feelings have serious consequences later.

But when Misty arrives, she seems more concerned with how things look and how Luke “never makes things easy” than she is with the beating itself. Morally, she’s ok with Luke did and agrees to let him leave the scene before the other detectives arrive.

These differences are placed right up front for our consideration. Claire comes across as a little preachy (more on that below), and Misty sounds almost cartoonish when she tells Captain Ridenhour “Luke Cage is out there doing things that you and me and Bailey and Nandi can’t.”   But when she interrogates Cockroach and tells him about the domestic violence she’s seen, we hear a believable reason for letting Luke leave the scene. (Another interesting tidbit about the interrogation scene is that Dorian Messick, who portrays Cockroach is married to Simone Messick, who plays Misty Knight.)

Misty should be facing disciplinary action, if not charges, for releasing Luke from the scene of the beating. But we get an explanation for why she isn’t, and it saves the scene with Ridenhour from feeling like the obligatory captain-dresses-down-the-tough-cop trope in a 90s action flick: “You’re the department’s Private Ryan…” It’s a delicious turn of phrase, and an effective way to kill two birds with one story beat. The problem is solved, and we get some character development. Misty doesn’t want to be Private Ryan: she wants to be a good cop.

2. Him say him faster than Usain Bolt

Dialog makes a difference and Matt Owens, who wrote “Wig Out,” can write it. Two different people accuse Luke of bragging that he’s faster than Usain Bolt, and both times it worked to cut the tension. It even made me laugh the second time when he was facing Bushmaster.

Similarly, Bushmaster corrects both Shades and Luke when they refer to Mariah as Mariah Dillard. “Stokes. Mariah Stokes.” It’s a few seconds and three words that go a long way toward reinforcing what motivates Bushmaster. 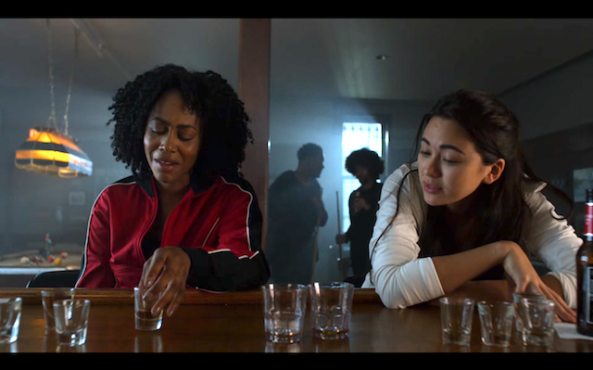 3. Daughters of the Dragon!

The moment we’ve been waiting for finally arrived; Misty Knight and Colleen Wing are a team. Misty goes to Colleen for help with dealing with the loss of her arm and receives a great deal more than she asked for.

“You don’t know what it’s like to feel powerless. To have somebody take from your identity from you, your soul,” Misty tells her.

“I do, actually. More than you know,” Colleen says.

While I enjoyed Iron Fist more than most, I was a little underwhelmed with how Colleen Wing’s character was handled. That somewhat oblique reference to her experience with the Hand helped me appreciate her more.

Colleen takes Misty to a dive for a drink, and hilarity ensues.  It’s an excellent scene with exceptional performances from both Simone Messick and Jessica Henwick. Here’s hoping we see them together often.

We’ve heard over and over from Luke that we can’t trust his father, but I’m having a hard time believing it. When Claire goes to him for help, she doesn’t deliberately reveal who she is, but he figures it out and doesn’t say anything. He gives her good advice, or at least what some might consider good advice, and lets her go without letting on.

Reg E. Cathey’s passing was a significant loss to fans of good movies and TV. His performances in The Wire, House of Cards, and many other acclaimed shows were memorable. Luke Cage is another feather in his cap.

James comes across like an earnest, dedicated, and generous preacher in this scene. It’s hard to see him as anything more or less than a man who wants to help and who wants to reconcile with his son. (And who, like many, is perturbed by the end of the Titanic, but I digress…)

Luke and Claire argue again, and Claire sends Luke away after announcing that she is going to visit family in Cuba, indefinitely.

Luke and Claire’s interactions to this point became a bit repetitive and maybe even a little tedious. They were arguing before the end of “Soul Brother #1,” and never really stopped. At least once a scene opened with them together, and my interest started to waver. Oh, this again.

On the other hand, however, Claire is right about Luke. Her reaction to his violence is entirely understandable. She’s leaving a frightening situation because after growing up in a violent household, she doesn’t want to live that way again. When she encourages Luke to talk to his father, she seems to be right too. As we’ve previously discussed, James Lucas appears to be a spiritual man that wants to help people.

But Luke has a point. It’s his life, his father, and there’s no reason to discount his childhood experience while accepting Claire’s. Of course, Luke has also been on a tear through the city, beating the daylights out of people, and his reaction to Claire’s advice is to punch a wall.

That’s a wrap for “Wig Out.” Let us what you thought of this episode’s events in the comments. 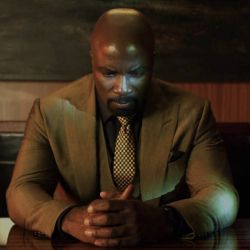 Five Thoughts About Luke Cage’s “They Reminisce Over You”

We’re at the final episode of Luke Cage Season 2! Mariah is finished, Bushmaster has gone home to Jamaica, Misty is a police captain, and Luke Cage is the King of Harlem.Here are five thoughts about “They Reminisce Over You.”1. Mariah was a terrible CEO.With Mariah in prison, Harlem erupts into chaos. Rival gangs are […] 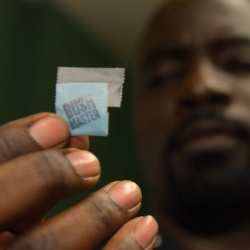 Five Thoughts on Luke Cage‘s “Can’t Front on Me”

In the penultimate episode of Luke Cage Season 2, Bushmaster makes his final attack on Mariah while Luke and Misty try to keep her alive and catch her red-handed at the same time.Let’s go over five things about “Can’t Front on Me.”1. Bushmaster protects his name.Once again, the similarities and differences between Luke Cage and […] 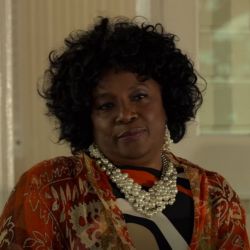 In Episode 11 of Luke Cage Season 2, we see John McIver’s past, how he became Bushmaster, the Stokes family in Jamaica, and an intriguing confrontation between Luke and Bushmaster.Here are five thoughts about “The Creator.”1. The Real CreatorThis season’s episode titles are all taken from songs by Pete Rock & CL Smooth. A few […]