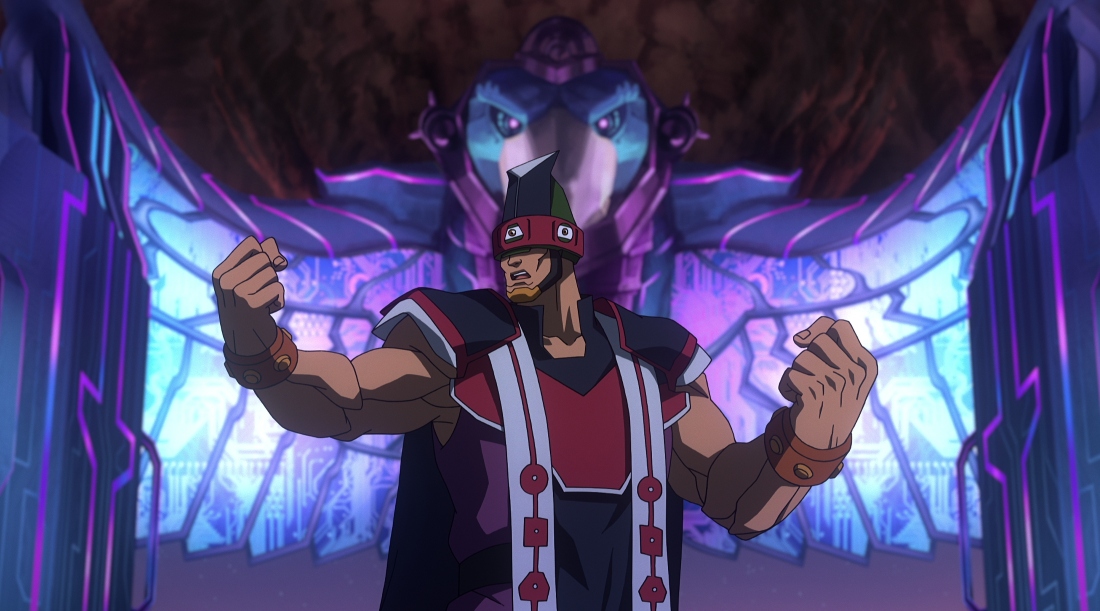 By the power of… Sarah Michelle Gellar! Hello people, welcome back to our weekly recap of Masters of the Universe: Revelation! This episode is named “The Poisoned Chalice” and we have a new character in the show: Andra! Let’s dive in.

In the aftermath of the first episode, Teela left the palace after feeling betrayed. Now, a time later, we begin this episode with Teela and Andra looking for a Glove for Globulah. Teela is now, along with her partner, a bounty hunter.

Andra is a new character for the show. She appeared on a few comics between 1986 and 1987.  Here, she is an adventurous woman eager to discover the world. Her personality contrasts with Teela’s: while she is angry all the time, Andra enjoys their adventures. In that way, they seem to complement each other effectively.

But Andra is missing something, so when an old lady asks them to be a hero, she is the one who say yes, because she has never had the chance to be something more in her life, something other than a scanvenger.

Teela’s last mission, as I said earlier, involved recovering a magic glove, and the Priestess that paid for it talked about how this sacred piece meant everything for the people of the town, despite not having magic anymore.

Teela dismisses this. She is sickened by the fact that the whole Eternia relied so much on magic to make their lives easier and she is now convinced that the people will live better now that there’s no magic in the world.

And she might have a point: the more you rely on something, the harder it hits when it’s gone, just like it happened to Teela when He-Man disappeared.

3. …and the world embraced technology

On their new mission, hired by an old lady, Teela and Andra go back to Snake Mountain, Skeletor’s old hideout. There, they find out that Teela is not the only one who argues on favor of depending on technology a little bit more.

Tri-Klops is now the master of a cult of technology, and is slowly forcing everyone around to become half human and half machine creatures. Of course this is not Teela’s vision of a world that uses technology, the villain is a maniac that is creating a world of machines.

I think that if people wanted to make a fair criticism of the show could be that magic was an essential part of the original show, and now this show stripped the world of it. But I would argue that that’s precisely what Revelation is trying to tell. The people of Eternia shouldn’t be blindingly reliant on a source of power that could disappear at any moment, just like it did. But doing the opposite, blindly trusting technology as the thing that will make them live is a mistake. So, what is going to be the compromise?

4. The death of the Universe is coming

After they recovered the Chalice that they were looking for, with a great action piece in between, it turns out that the old lady is really Evil-Lyn, and she was trying to lure them to Castle Grayskull to explain them what’s happening to Eternia.

In a surprising turn of events, the Sorceress and Evil-Lyn are working together to save the world. They create a staff for the villain that contains an ORB with the last remnants of magic in Eternia, and they are trying to save the world.

5. The Masters are slowly forming back

With the magic gone in Eternia, the world will eventually die, but it is the center of the universe and if it dies, the rest of it would die too. So, when the Sword of Power was split by He-Man, both parts went back to Preternia and Subternia, and someone has to join the two swords together once again, to save the world.

So, the journey begins with an unlikely team of heroes and a villain, trying to save the world. But first, on the next episode they will have to look for Teela’s father: Man-at-Arms!

BONUS: If you are worried about something just ask yourself, ‘What would Adam want you to do?’

And that’s it for this episode, now we know about the driving plot of the story arc. Kevin Smith did something very simple: give the show some real stakes through the whole show, and just that made us all talk about Masters of the Universe: Revelation, for good or bad, but I’m not ready to rant about the fandom.

What did you think of this episode? Leave your comments below and join next week for our take on “The Most Dangerous Man in Eternia.”


//TAGS | Masters of the Universe: Revelation 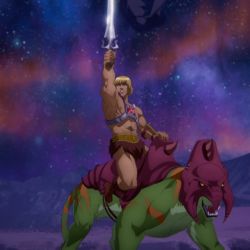 Five Thoughts on Masters of the Universe: Revelation’s “Comes with Everything You See Here”

Hi folks! Welcome to our weekly recap of Masters of the Universe: Revelation. This is the last episode of the show, and it is named “Comes with Everything You See Here,” it is a spectacular sequel/conclusion to the original show, I honestly loved the episode and loved the series as a whole, let’s dive in.1. […] 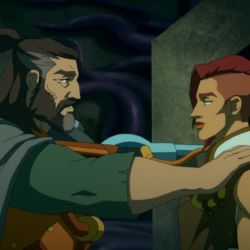 Five Thoughts on Masters of the Universe: Revelation’s “Hope, for a Destination”

Hi folks! Welcome to our weekly recap of Masters of the Universe: Revelation. This week’s episode is named “Hope, for a Destination” and it is the penultimate of the show, the stakes couldn’t be higher for next week’s finale as Evil-Lyn prepares her move against reality itself, let’s dive right in.1. Death of a GodNow […] 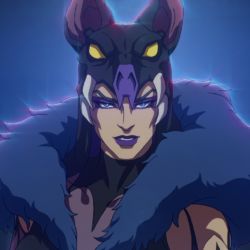 Five Thoughts on Masters of the Universe: Revelation’s “The Gutter Rat”

Hi folks! Welcome to our weekly recap of Masters of the Universe: Revelation. This week’s episode is named “The Gutter Rat” and here the story shifts, with just two episodes to go, let’s dive right in.1. A thankful King…This episode begins exactly where the previous one ended, with the embrace between King Randor and Adam, […]