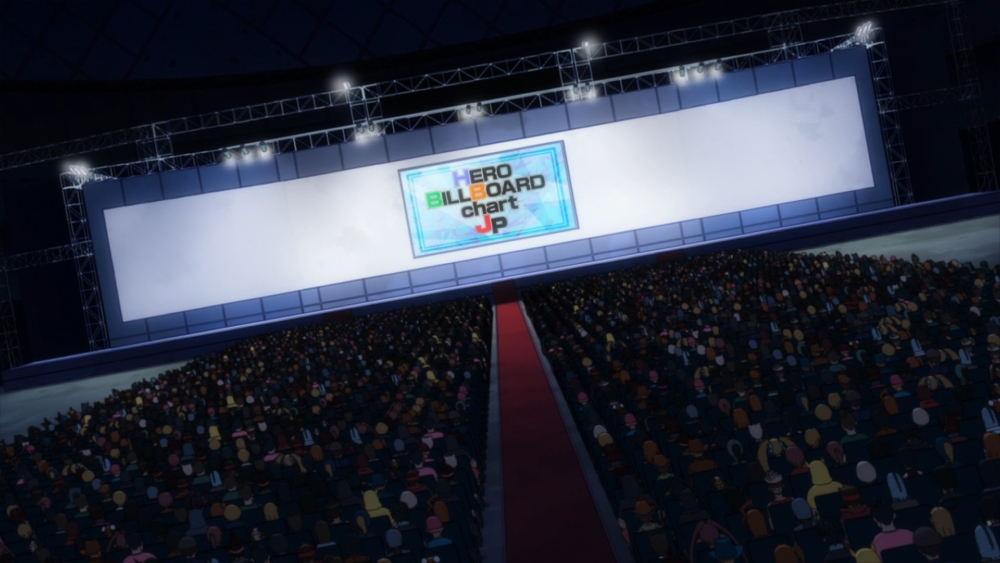 Welcome back to this week’s coverage of the greatest superhero anime, My Hero Academia! This week, we see the fallout from the Gentle Criminal arc, as well as catching up with Eri’s status quo. The show also addresses the hero rankings in the wake of All Might losing his status as #1 hero! Will Endeavour succeed from his second place, or will something else take place?

1. The return of the greatest superhero team
At the start of the episode, the gang from the Overhaul arc meets with Eraser Head and Mirio to be updated on the status of Eri. What we’re told is that Eri is to be temporarily taken care of by U.A., and in particular, the students of class 1-A. This is due to the fact that all of Eri’s previous guardians, including her comatose Grandfather, are currently unfit to take care of her. However, I feel like that still might not be reasonable grounds to let a group of teenagers that regularly come under fire from villains take care of her?!

Regardless, we see the breakout characters from season three of this show finally return, The Wild, Wild Pussycats! They do their exceptionally fun Super Sentai-style introduction and reveal that they have returned from their hiatus with their fourth member Ragdoll (who lost her quirk in the season three arc) is coming back as an office-working member, handling all the exciting paperwork! It’s a great real-world style adaptation of what might happen in these circumstances and is handled with just the right amount of drama.

2. Listicles
Carrying on from the re-introduction of The Wild, Wild Pussycats, we also see Kota make his first appearance in some time, to the pleasure of Izuku. Kota is visibly embarrassed to have been so influenced by Izuku saving him way back when which makes for some very endearing interactions between the two. After this neat little character moment, we get to the real drama that fans want to be tuning in for! Yes, the Superhero Billboards are being re-adjusted for the first time since All Might’s retirement. The show presents this with appropriate grandeur, giving each reveal the grandeur of an awards show like the Oscars, especially with the fan reaction.

It’s great that we see some reappearances from some of those lesser-seen top-tier heroes, like Kamui Woods and Mt. Lady. The adjustments to the list are well-rationalized and thought out, and there are some clever additions to the list like a hero who was made famous from a popular commercial, the totally fantastic/incredible… *checks notes*… Wash, who is a literal washing machine!

3. What makes a number-one hero
After the lower parts of the top 10 have been announced, we get a little more drama in the announcing of the true top heroes, revealing some heroes who’ve had a jump to the top of the list like Mirko and Edgeshot. However, the top three are all pretty much as expected, which makes for some interesting discourse. Best Jeanist (One of my many Best Boys™) hits number three, the brazen and rogueish Hawks makes the number two, and Endeavour takes out the number one spot. There are several speeches from each of the heroes after this, but the most important comes from our top two. Hawks makes a long, bad-boy speech about how much he’s headlining the new generation of obviously-cooler heroes, whilst Endeavour keeps it short and edgy, saying “After that young person has fanned the flames, I won’t say much. Just watch me”.

It’s a great comment that can be left open to serious interpretation, but the main takeaway is that people have still trusted Endeavour to this point of becoming number one, so whilst he may not be the next All Might, it’s worth watching to see what kind of Symbol of Peace Endeavour becomes.

4. Guess who’s back, back again
Afterward, Endeavour and Hawks meet up to discuss everything that happened in the countdown, mainly with Endeavour holding Hawks by the collar in response to his dismissive speech. There’s an interesting power dynamic at play here due to the fact that Hawks continues to state how he’d prefer to be a hero ranked in the twenties or lower simply because he’d prefer to do less work. Naturally, this riles up Endeavour, who perfectly in character, starts to storm off and tells Hawks to apologize. Not before Hawks presents him with an interesting development: All For One’s Nomu are prowling around again.

Before we get any more on this, there’s a great switch over to Dabi of the League of Villains, crowing about how successful this new Nomu he calls ‘High-End’ is. It’s a really quick scene-shift but happens fast enough to disorient us and intrigue us.

5. When strikes the Nomu
In the final scenes of this episode, we see a man who has a Quirk literally called Shame, in which the more… shameful he gets, the more powerful he becomes. What’s important, however, is that he’s taken out very casually by Hawks, proving how powerful and efficient this number-two hero could be if he really put in the effort. As Hawks continues to effortlessly dispatch threats, he’s discussing the situation of the Nomu with Endeavour, who is getting increasingly more upset at how carefree Hawks is being about this. It’s a great character moment, building off the time Endeavour was fighting the Nomu’s at All Might’s retirement fight, and showing how seriously he takes them because of this.

The conversation doesn’t hold for long, though! Conveniently enough, the pair are interrupted by the same Nomu we saw with Dabi just before: High-End! This does prompt a great Endeavour moment as he uses a signature move, ‘Flashfire Fist – Jet Burn’ to punch High-End out of the dang window, hyping the audience (mainly me, though prove me wrong!) up for a fight scene with our new number-one hero letting loose!

That’s it for this week! Join me next week as we see what damage High-End wreaks and how Hawks and Endeavour combat it! 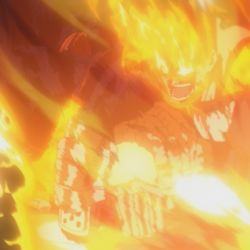 Five Thoughts On My Hero Academia‘s “His Start”

Welcome to our recap of the final episode of My Hero Academia season four! It’s been a hell of a ride this time around folks, with supervillains from all ends of the spectrum and plenty of great character moments. This episode brings everything to a close with a new status quo involving the new number-one […] 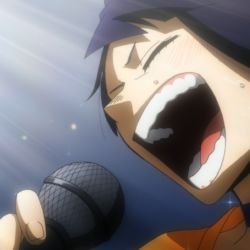 Welcome to this week’s My Hero Academia recap as we look at the final episode of the current School Festival/Gentle Criminal arc. This one proved to be another emotional hard-hitter, with some super positive messages that hit hard and beautifully especially in the current climate we’re living in. Prepare from tears of joy and some […] 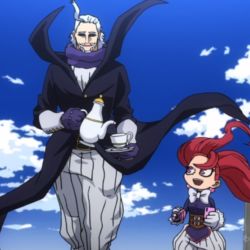 It’s the start of a new arc! After the neat two-episode story we received as a palette cleanser, My Hero Academia launches back into it’s the larger world and character development it does so well. We get some fun Class 1-A antics, catch up with Eri, and are even introduced to a surprisingly different villain […]