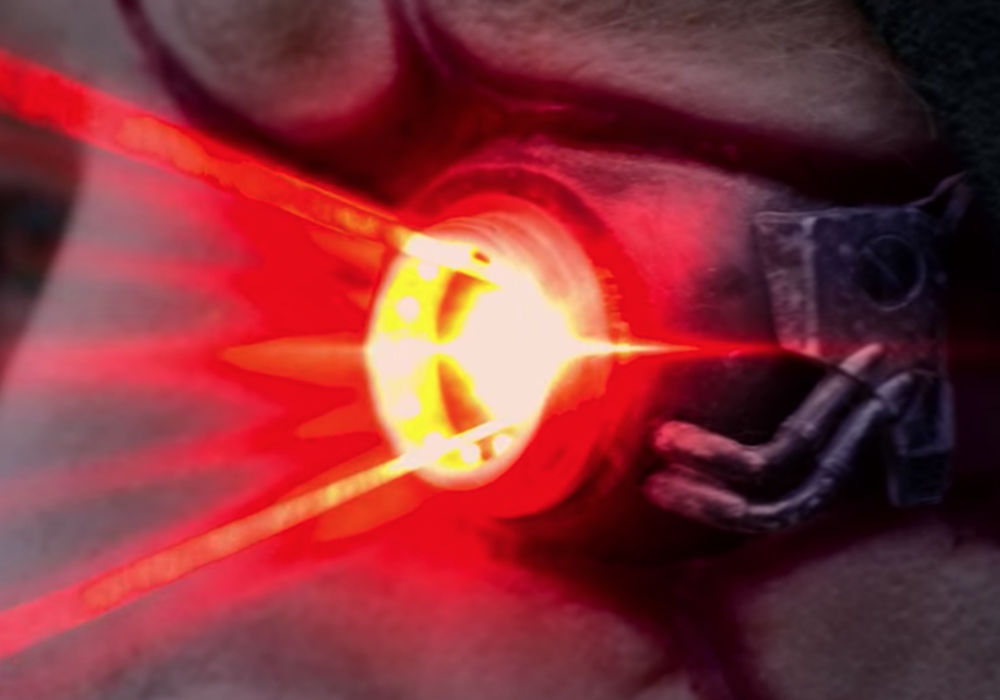 Welcome back for the ninth and penultimate instalment of the biweekly October Faction review! This was a very middle tier episode that sort of had to tie up loose ends after the last four episodes of reveals and revelations, but at least there were some feel-good themes. Spoilers ahead

1. Remember when this was a YA show?
It seems like so long since we came back to all these teen sub-plots, I had to look up half their names again (I forgot the other half as well but I couldn’t be fucked looking them up as well). I definitely remembered Mr. Erickson though (he might be my stan on this show), loved seeing him come back to throw mad spirals and mad shade. Other than that the sub-plots here were pretty average.

We got some pay-off on Viv and Cathy’s estrangement, with Cathy being very reasonable while Viv would very obviously ghost her and extrapolate the most offensive meanings from incredibly innocuous sentences. Cathy’s magically foretold immolation ended up being a lot less dramatic than the flaming skin and hellfire that Viv predicted, instead she kinda just got pushed at a bonfire, but it’s nice to see that Viv’s powers can be just as melodramatic as her.

The other pair the show managed to stitch back together this ep were Geoff and Philip who have a very confusing string of scenes. They float between situational estrangement, manufactured resentment and inexplicable infatuation, but hey, at least it’s some good will-they/won’t-they! When they finally do kiss in front of people, it’s a nice moment, even if no one at their school has a hint of subtelty.

2.Is Geoff a good person?
Speaking of Geoff, I’m really starting to wonder whether we’re actually supposed to like him. He’s so needy and just can’t prioritise Phillip over himself, throwing immature tantrums every time he’s expected to compromise. I feel like after everything he’s survived this season he should be a little bit more sympathetic towards people trapped in toxic family dynamics.

First he approaches Phillip when he’s surrounded by his incredibly toxic masculine friends and repressive parents, and decides that’s the best place to talk to him about their relationship. Then when that blows up in his face he ruins Maddy and Phillip’s breakup by busting out his powers to reveal people’s secrets. The weird part is he mostly just picks on peoples family legacies, it’s like he’s some shitty trust-fund kid with a private eye. Yet somehow this pivots into a veeery tonally confused female empowerment scene with all of these women calling out the fuckboy from episode five. It’s a good message and it’s nice to have a morally strong resolution to that plotline, but it’s so awkwardly inserted into a scene that was telegraphed as Geoff’s misguided revenge. Like I don’t get how this scene managed to end in a bunch of women finishing each others sentences when it started with a jealous guy ruining a staged breakup. Like what was this scene about? Was it Geoff ruining his relationship with Phillip? Apparently not. Is it Geoff and Viv fighting back against the town? Not really because the town agrees with them by the end. Who’s the protagonist here? Who knows! Why did it go for so long? It feels so confused.

3. Absolution
It was honestly a little satisfying to see Fred and Deloris be punished for their years of monster hunting, like I know they had their guilty moment a couple episode ago, but actually seeing them pay for what they did was weirdly fitting for a scene about a villain manipulating two teenagers into torturing their surrogate parents. It was a poetic punishment, better than them just getting a slap on the wrist for genocide. Also their actual flashback made me realise that the last time either of them killed any monster, chronologically, was way back in episode one with the supermarket vampires, that’s weirdly mind blowing. This show really doesn’t have that much of a body count.

Anyway, neither of them are perfect now. Deloris still shows some parenthood-induced bigotry and Fred keeps plodding along like a wet mop while his wife and Alice argue over the fate of his children. He’s so dopey. It’s nice to see that two of the weakest subplots of the show, Fred’s affair and Deloris’s dead dad, both got wrapped up finally. The scene kind of fizzled out, but they served enough of a purpose and at least we never have to hear about them again.

4. So where’s Alice now?
After suffering through the last episode it’s hard to tell who Alice is supposed to be now. I don’t think we have a clear indication of Alice’s aims and outlook post-reveal, but we’re definitely not getting a bad performance this time. She seems like waaaay too much of a well adjusted mum at the moment, she’s being nurturing and encouraging and I still can’t get that mental image of her ripping a guys head off out of my head. But it’s interesting to see that the twins still call her ‘our mother’ instead of ‘mum’ or anything more endearing, it’s good narrative distancing.

Alice also went on a bit of an arson adventure this episode, taking a country stroll and burning the place down along the way (#AliceStartedTheBushfires). The crop fire pentagram we end up with is pretty cool and a good conclusion, but the whole mission felt like a subplot of a subplot that was barely squeezing into an overstuffed episode. Plus I wasn’t a fan of her weird femme fatale moment where she kills a sleazy guy by kissing him. The show had done so much to establish Alice as a compelling villain who’s independent of her sexuality and the last two episodes seem to have backtracked on that. If they kill her next episode I’m going to be annoyed.

5. I’ve never felt this validated before
Finally one of my shitty predictions came true! It was the most obvious thing ever but I was RIGHT, Seth and the Octobernator are the same racist cyborg, incredible. I thought there was a really great opening this episode between Sam Allen and the prisoner whose body was being used as a vessel. It seems like the first chance Stephen McHattie has had to properly act on the show, he was so great in Come to Daddy and he finally had a chance to do some really great understated acting. I honestly didn’t think this show was capable of filming something quiet and relatable anymore. But yeah, the moment they mentioned Seth in that scene, it was the Chekhov’s son I needed to fully confirm that Seth and the Octobernator were one and the same. Good on me, almost makes up for my slew of other bad predictions.

In the spirit of bad predictions and with the finale right on the horizon, I thought I would make a couple of other bold bets on the show’s outcome so I can date this article even more. After this episode it really felt like Maggie was growing a conscience, so I’m guessing she will be the one to either disassemble Presidio from the inside or at least free Sam to help protect their sons. Plus with Hannah Mercer camped out in the Barington-On-Hudson police department I wouldn’t be surprised if Sheriff Fernandez made a dramatic exit from hospital to take her station back and save Fred and Deloris. Sidenote, the acting sheriff didn’t even ask for ID when Presidio busted in, he just kinda shrugged and let them take over. What a cop. Anyway, the last guess I want to hazard would be that either Sam or Seth will die right after being reunited with their family, they were both such good sources of conflict for Fred that bringing both of them back would leave his character fairly aimless (also wildly happy but that doesn’t make good TV), so I’m guessing one of them is getting fridged pretty quickly.

“Bonds of Blood” definitely lifted the quality up from the trench that was episode eight, but I don’t think it felt much like the lead-up to a season finale. Anyway, it’ll be interesting to see how Fred, Deloris, Moshe, Seth and the gang stop Presidio and the Alice induced forest fire in episode ten, “The October Faction.” 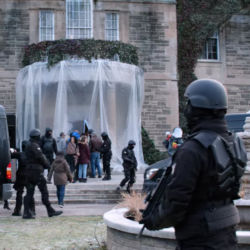 Welcome back for the tenth and last instalment of the biweekly October Faction review! What a ride we’ve been on guys, through the depths of Netflix high school cliches and over the crests of monster hunting highs, it’s been a journey. So strap in one last time for the final joyride through Barington-on-Hudson. Spoilers ahead1. […] 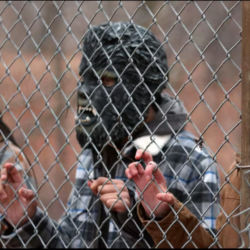 Welcome back to the eighth instalment of the biweekly October Faction review! “Alice” was, quite frankly, a mess. I don’t know how the show just completely devolved into cliche and empty, wooden scenes in the space of one episode, but this was a complete slump. But that means I get to pick it apart for […] 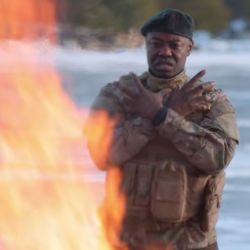 Welcome back for the seventh instalment of the (supposedly) biweekly October Faction review! This was definitely a rockier episode following a couple of really stand-out ones. We got some new reveals (most pretty obvious, but they were there) and we got a lot of weird choices that might come back to bite the show in […]