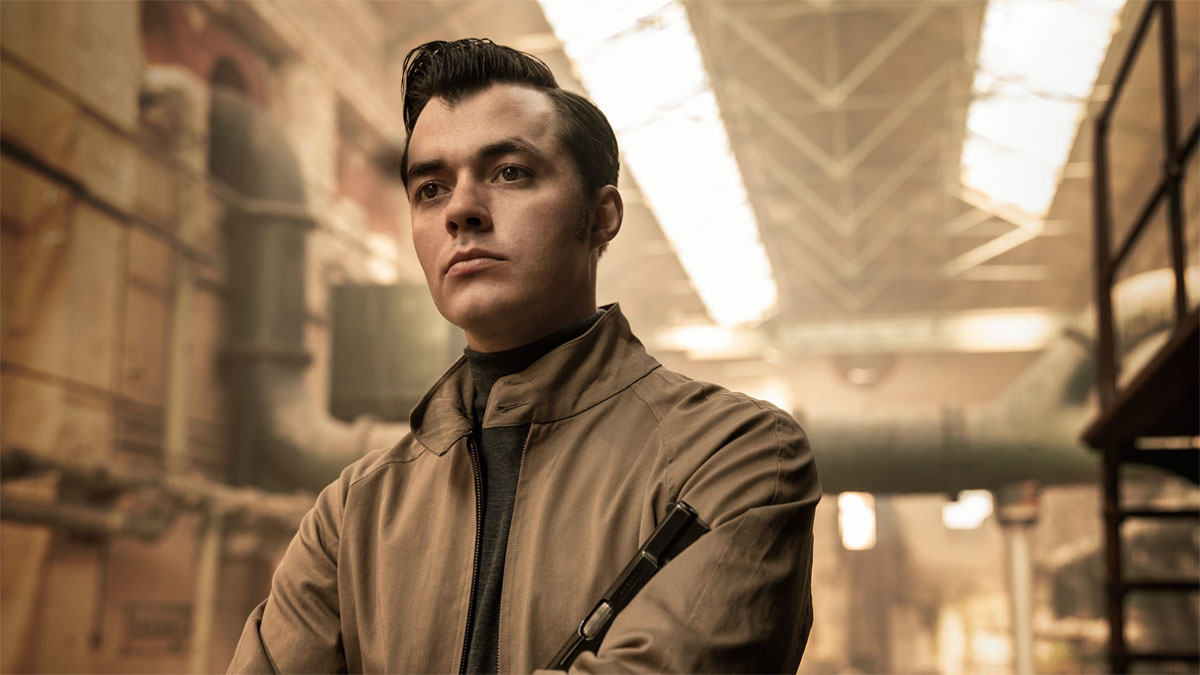 Pennyworth is back with another episode following our favorite future butler on his way to becoming Batman’s manservant. This episode is named after Sandie Shaw, another singer famous in the 60s. That continues to be the only connection with the majority of the titles. With only three episodes left we’ve got a lost of loose ends to tie up. Lord Harwood, the Sykes, Crowley, Thomas, Martha, and Ripper are all separate threads with little intertwining. Will they pull everything together?

1. The show is trying to tie things together

The episode begins with Bet and Alfred at a diner. Alfred is surprised that Bet is still alive, but not quite as surprised as I think someone would typically be in this case. Bet makes it clear that she loved Esmé which I really believe. In her own way she definitely loved her. It’s not enough to earn Alfred’s trust or partnership, but it’s something. Bet is then able to drop two helpful pieces of information on the murder. There was a woman with him and they had a key.

The only person that could have had a key was the realtor, whom Alfred goes to interrogate immediately. After getting roughed up a bit the realtor makes it clear he shared all this information with the police. Why would the police need to cover this up? To tie it into the rest of the story. Alfred’s father is the butler for the murder’s father. A well connected Lord and supporter of the Prime Minister. The Prime Minister orchestrates the cover up to keep the loyalties he needs in Parliament. He’s planning something big for the Raven Society.

2. Fascist rallies in broad daylight in a major city

Speaking of the Raven Society they are putting together a major rally to bring Harwood back into the public eye. Posters start going up throughout the episode causing some concern with the different factions at play.

The Queen instructs the Prime Minister to not take extreme actions. He’s looking to break out the rubber bullets, fire hoses, and full riot gear. I thought the show was implying the Ravens were working for the Prime Minister, but it seems he was just using their political unrest for his own purposes.

Undine Thwaite, current leader of the opposition No Name League, and John Ripper also discuss the rally. They decide to let the police handle it. This keeps them–and by extension Thomas and Martha–out of the fray.

Alfred enlists Dave Boy and Bazza to find Curzon’s maid. Bets mention of a woman accomplice in the murder makes her the prime suspect. While they chat tensions in the city before the Raven rally escalate. There is a background fight with some soccer hooligans and Ravens that seems like it’s played for laughs.

While Lord Harwood is discussing winning over the hearts and minds of the country their focus turns to the crown. They can’t very well control England without the Queen. At this point he brings up the Queen’s uncle. It’s mentioned that he wears jewelry and is married to an American divorcee. Pennyworth up until this point has played fast and loose with history. They’ve got zeppelins in the air, the decade is described as the 60s, Aleister Crowley is alive, but the Queen is portrayed like she’s in her 20s. Most of these things don’t add up, so I wondered if there actually was an uncle. Turns out Edward the VIII was Elizabeth’s uncle and was king for a year before Elizabeth’s father. He left the thrown because of his relationship with an American divorcee. Who says you don’t learn anything watching superhero television shows?

3. Now we know where Batman gets it

When Alfred confronts Detective Inspector Aziz about the cover up we get the show’s best Batman homage so far. I’m reminded of so many of the great Batman/Gordon conversations in his office ending with Batman disappearing into the night before Gordon realizes the conversation is over. Looks like this is a skill passed down to Bruce from Alfred’s SAS days. Alfred convinces Aziz to turn over Curzon to him so he can pay for killing Esmé. Aziz, of course, has no intention of betraying his superiors.

4. Crowley is a spooky guy

When we catch up with Martha and Thomas we find Mr. Wayne not in the best shape. He’s been drinking and on pills trying to cope with his attack on Jason Ripper last episode. Thomas calls Crowley a “spooky guy”, which I know isn’t meant to be funny, but it came off as hilarious. Halloween decorations are spooky, Aleister Crowley claims to be in league with the devil. I’d say that is a bit more than spooky.

Martha still strongly believes in the cause the No Name League is fighting for and wants Thomas to bring her into his work. Thomas doesn’t think that’s such a great idea.

Alfred gets the call from Aziz with a place to meet. Whenever someone tells you to “come alone” it’s never a good sign. Alfred is smart enough to know this, but still walks right into the trap. He’s so blinded by his need for revenge that he doesn’t care anymore. Probably another thing that Bruce gets from him.

After a tense and lengthy stand off Bet shows up to save the day. She might be the real hero of this show.

Alfred still has no qualms about killing and shoots both Curzon and his maid. Bet responds with a pitch perfect “what the fook!” Alfred walks away while Bet gets to clean up the mess in her own unique way.

While Alfred and Bet are dealing with Curzon and his maid the Raven rally is being watched on television by the rest of the main characters. Gaunt introduces Lord Harwood much to the surprise of everyone, but especially the Queen and the Prime Minister. In an attempt to put a stop to the rally the Prime Minister calls in the riot squad. With one word they are halted by Harwood. His presence is enough to command the troops. This is certainly going to escalate with the establishment and the No Names in these last two episodes.

The episode ends with Alfred arrested at Esme’s grave by a group of soldiers with big guns. How’s Alfie going to get out of this one, folks? Tune in next week to find out! 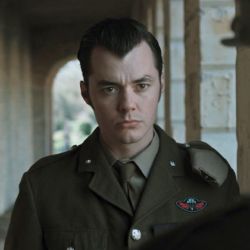 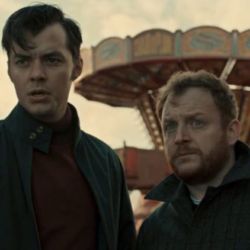 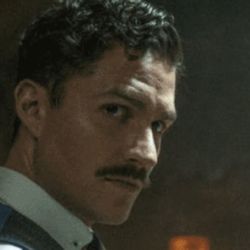