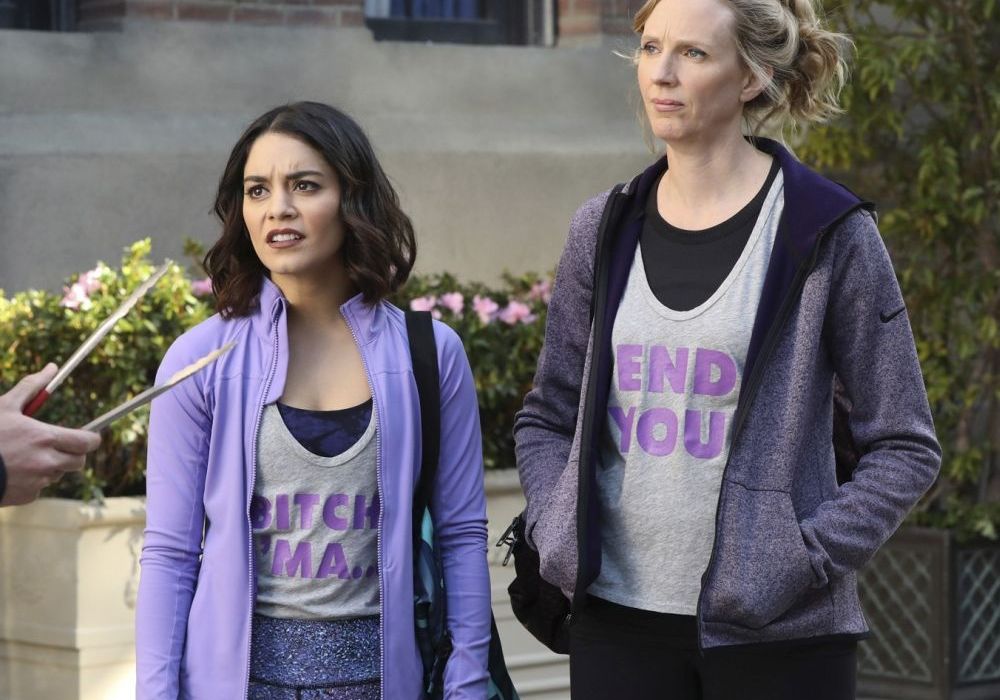 So, Powerless is back after two weeks with Its sixth episode, this one was about [Light SPOILERS FROM HERE] Crimson Fox leaving Charm city, and that makes Emily a little afraid of crime, also, someone took a turd on Van’s throne and he’s not happy. Here’s our thoughts:

1. Have we ever talked about that intro?

I just want to say I love that intro. It’s a very smart way to tell you who’s this series gonna be focused on, the people around the mess, I just love it.

2. Tackling sexism and racism, one joke at a time

Two big jokes on this episode were about taboo themes, and I think they were done in a fine-enough manners. With Crimson Fox gone, creeps are emboldened and women are the target. While the girls know him as “Weird Tony the hot-dog guy”, Teddy and Ron see him as a fun guy, this is the classic problem on the debate about sexism, guys don’t even notice it, while girls suffer from it and feel obligated to defend herselves. The other one involves Van Wayne, who calls Pedro a janitor called Peter because he’s obviously latino and therefore, named Pedro, showing Van’s ignorance about race themes.

Both problems get solved in simple ways, Jackie stands up against Weird Tony and Peter deletes the tape showing that everybody uses Van’s throne. It’s not a big tackling of taboos, but I’m happy with them being featured on a series about funnybooks.

This may be the episode with less comic-references and super-people so far. Crimson Fox appears to introduce the main story, and Jack-O-Lantern helps making the story go just a little forward, around 30 seconds of screentime. Therefore, this episode was all workplace comedy, Crimson Fox’s appearance can be changed for a news report on rising robberies and Jack-O-Lantern blasting a bomb could be a simple car accident and that’s it, zero connection to the DC Universe. That’s why I’m saying they are walking on thin ice, this is a series about the people around the Supers, and that’s why it’s fresh and different, you are supposed to work on the side on the action, but if you take it too far from it, you end up having an all-cliché workplace comedy, boring!

4. Figuring out the right formula

In earlier episodes you can see how the characters are being developed. We have the way-too-nice girl, the employees that are a-holes to the way-too-nice girl, the childish boss and his apathetic assistant; all trying hard to get the right balance. This episode show us a development on that, Van is not so over-the-top, Emily tries a little less hard, without looking needy, and the “three amigos” find the right spot of friendship with an always welcomed Spartacus nod.

I think they are becoming funnier. Daniel Vlasati talked about the problem of an episode being too Van-centric, and that’s a thing they have to work on, Alan Tudyk is charming and very funny, but I don’t know what’s the problem with his character, he´s a little too far on the whine-o-meter, to me he need a little lees screentime, making the show a little less Van-centric. I think the best way to take vantage on Alan, is letting him deliver the punchlines, not the whole building-up of the joke, letting him be the cherry over the cake, and not the cherry carrying the whole dessert.

5. Bleeps and blurs for the win

Well, this one is a little silly and definitely my personal way of enjoying a show: I loved when Roy said “the s-word” and it was covered with a bleep; also the blurred middle finger that little girl gave to Emily, it’s fun to be on the watch for ways the creators make insults work, and I don’t like when a series pretends like that way of expressing ourselves doesn’t exist, please keep doing it.

And that´s it, what do you thing of the show? I’m enjoying its silliness a lot, please let us know on the comments or hit us up on Twitter, we want to know what do you think of this (and all) series. See you next week! 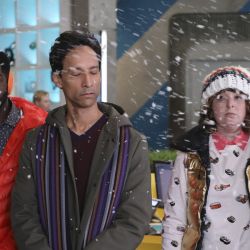 Well, Powerless is officially dead, It was pulled out of NBC’s schedule weeks ago, but it was just officially announced days ago, and we are bidding it farewell with our traditional five thoughts:1. Dang! I Was RightAs you remember, five weeks ago we were talking about the possibility of the cancellation of the series and […] 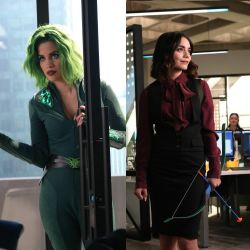 This time we have two episodes to review: “Van v Emily: Dawn of Justice” & “Green Furious”; here’s why:1. Oh! Now I get itLast week I was worried that the series was going to get cancelled due to its messy scheduling, turns out it was not so messy after all: The episode called ‘Emergency Punch-Up’ was […] 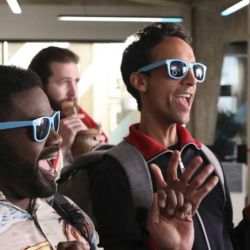 In this episode, the whole team is left alone in the building after a gas attack messes with the city, while everybody else is enjoying the company retreat.Here’s our thoughts:1. Oh god, they are going to cancel it, aren’t they?The episodes have been changing running order from the beginning, and almost every week you see […]