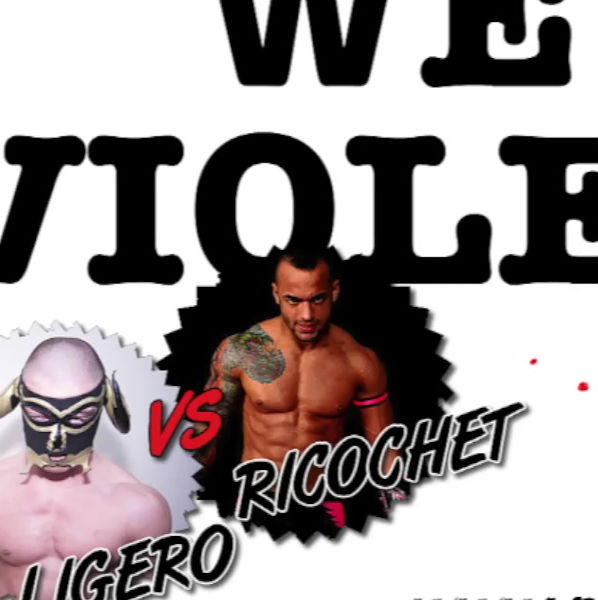 Coming off from the disappointing Chapter Five, Progress hosts its One Year Anniversary show here at Chapter Six. Does it improve from last time? Let’s find out.

At The Garage with a card consisting of:

We start off this Chapter hot with a match to determine who would receive a shot at the Progress Championship between Noam Dar and Dave Mastiff. The promo vid beforehand shows (albeit a bit hard to tell at times because of the sound mixing making the loud metal music drown out the wrestlers at times) that both of these wrestlers have a legitimate reason to go after the title: Dar (who actually returned from injury at WWE’s United Kingdom Tournament this week. Welcome back!) has been on quite the winning streak lately, his recent win over Jimmy Havoc bringing him to three consecutive wins whereas Mastiff never was pinned or submitted in his match against El Ligero.

I’ll be honest: the beginning of this match was a little too jokey at times, Dar playing up the more cowardly side of himself in this match between Mastiff and Dar’s sizes. But that evaporated soon enough, with Dar focusing incredibly hard strikes and kicks to Mastiff’s legs. It’s a sound strategy, with Dar being completely outclassed in terms of power, one such spot when Mastiff catches Dar, launching him into a flapjack and following it up with a running senton for a two-count. Mastiff isn’t just power, he has great balance as well, especially shown when he gets Dar up for a hanging superplex from the second rope, holding Dar up in the air for twenty seconds.

Mastiff looks ready to finish it when, guess whose music hits: Why it’s none other than Nathan Cruz along with his bodyguard, Fug. Complete with his “Screw Indy Wrestling” shirt, Cruz gets up onto the mat to argue with the ref. It gives Fug and Dar enough time to scoop Mastiff up for the three count and become Number One Contender for the Progress Championship. It also sets up a question for the coming Chapters: are Cruz and Dar in alliance?

Whereas the opening match had a more story and more “sports entertainment” focus, the Natural Progression match between Paul Robinson and MK McKinnan is much more of a technical-based “wrestling” match. Shifting from grappling to some intensely hard strikes from both competitors and really sold the idea that it could be either man’s match. In the end, Robinson would score the win to advance to the next stage of the tournament and get his first win in Progress. The ending, while the result is great, Robinson continues to show the skills he’d have going forward, the match did feel a bit quick and the ending felt a bit out of nowhere, like the match had another five-ish minutes in the tank.

“There’s certainly an argument that Jimmy is Mr. Progress,” the commentary says as Jimmy Havoc enters with his match with the former champion Nathan Cruz with a 0-3 record. And despite that: the crowd love him! He gets the loudest ovation so far this Chapter. And he’s up against a guy that the crowd despises in Cruz, who constantly taunts Havoc with his losing streak as they exchange submission holds. It’s a multitude of reasons: Havoc got into Progress by a surge of groundworks support, he comes off very Daniel Bryan-esque in his babyface fire. Also helping is Cruz’s anti-indie wrestling stance and Havoc very much a lover of indie wrestling.

The further the match goes, the more punishment Havoc takes, both verbal and physical, from Cruz. And don’t think Cruz’s bodyguard Fug stays out of him, messing with Havoc when the reffere’s not looking. The torment goes even further when Cruz offers Jimmy a chair to use as a weapon, only for the weary Havoc to toss it out of the ring. It goes to show that, even after so much punishment, Jimmy still wants to prove himself better than that.

The term “hope spot” is the defining term of this match. Every time it seems like Havoc is going to rally and press an advantage, Cruz changes the course and continues to dominate. The most heartbreaking is at the end, when Havoc catches Cruz in a hurricanrana and transitions into a crossface (without the crowd chanting about Benoit, thank God). The place is on fire as Cruz is stuck in the middle of the ring, Havoc wrenching the move in… only for Cruz to steadily rise up and break out of the move, getting Jimmy into a tombstone piledriver for the victory and Jimmy to 0-4. It doesn’t end there as Cruz gets his bodyguard to beat on Havoc while he taunts Jimmy on the mic. It ends with Fug chokeslamming Jimmy from the second rope, left a heap in the ring. But in spite of everyone getting in the ring to help him, Havoc still manages to lift himself up and leave on his own two feet, with Jim Smallman getting on mic to give respect: stating he’d rather have a thousand indie wrestlers like Jimmy than one prick like Nathan any day. This helps solidify a bond between the two that is going to play out in the weeks to come.

The match between the Bhangra Knights (RJ Singh & Darrell Allen) and Team DEFEND (Mark Andrews & a debuting Eddie Dennis) made me smile. The match doesn’t really get started right away, both teams showing off the various bits of shirts, coats and such and getting some good reactions from the crowd (such as a “Take My Money!” chant) and was just a genuine bit of fun. Once the match gets started, it’s a tornado of athleticism between Andrews and Allen and shows of strength and technique from Dennis and Singh. It’s a match between two groups are are essentially babyfaces; while each team wants to win, there is a lot of respect between the groups, even when the Knights pick up the victory, swapping merch with one another at the end.

This match is slightly weird watching in 2018, with Eddie Dennis a bitter-as-hell heel wanting nothing more than to beat the ever loving shit out of Andrews. It’s a very long-term story and it is one of the more fascinating ones in Progress of the current day, but even here, you could see some of the vicious streak Eddie has.

Okay, I won’t beat around the bush: I love Ricochet. I first saw him, like a lot of other people who have gotten back into wrestling in the last several years, in his feets of acrobatic awesomeness in New Japan Pro Wrestling’s “Best of the Super Juniors” tournament. From there I watched more of his indie stuff, his work as Prince Puma in Lucha Underground and now enjoying him tear it up in NXT. So when I saw his name on this card, I admit I was in a hurry to get to watching this one.

The beginning of this match is very well paced, both high flyers really feeling each other out, letting the crowd anticipation build up. A particular spot when both go up to top turnbuckles, only for Ricochet to quickly hop off to knock Ligero off his, only for Ligero to spot it and jump, bringing one another to a stand still. As they go, the intensity begins to heat up, starting off with Ligero doing a dive from the top turnbuckle to Ricochet on the outside, them both spilling into the crowd.

From that point on, strike-upon-strike, kick-upon-kick is more vicious than the last. This is also where the true “flippy shit” begins coming out. Ricochet performing a standing shooting-star press and attempts to follow up with a double moonsault, only for Ligero to get out of dodge. Ricochet also performs a wicked dive to Ligero on the outside, landing on a chair. What does Ricochet do? High five the fan with a Ricochet t-shirt next to him. It’s a nice little moment that popped the crowd.

The last sequence is all around Ricochet trying to get that shooting-star press from the top rope and El Ligero doing everything in his power to prevent that. Ricochet finally gets to soar, only for Ligero to get his knees up and damage Ricochet. Ligero follows up with a reverse hurricanrana and a springboard DDT and here, El Ligero, who was in the first match of Chapter One a year ago, retains his title to a standing ovation for both wrestlers.

All in all, Chapter Six was a vast improvement from Five. A combination of returning focus of the Championship in the Main Event, especially with a challenger of such a caliber as Ricochet, as well as continuing the story of Havoc and the return of Mark Andrews really helped bump this one up a notch. 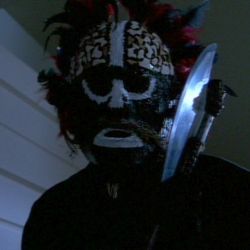 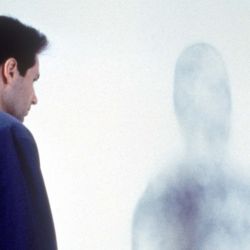