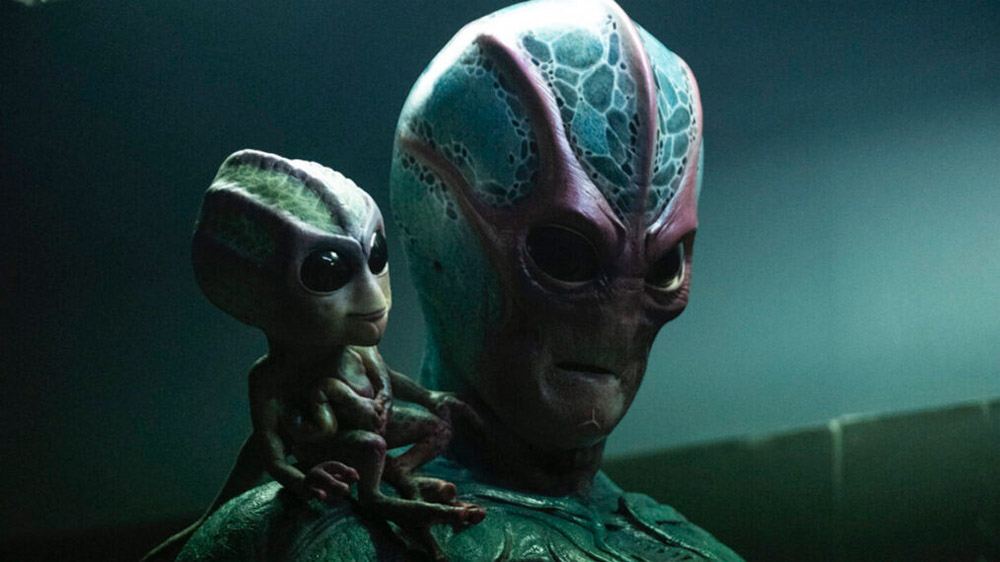 This week on Resident Alien, Asta forced Harry to make nice with Peter, and the two teamed up to infiltrate McCallister’s base in Wyoming. Meanwhile, D’Arcy was spending her time recovering from her addiction at Asta and Dan’s home, and Asta gave her dad the task of gently kicking her out; while Ben began sleepwalking because of his abandonment issues.

I was surprised Asta didn’t try to intervene in Harry and Peter’s boys’ own adventure, instead recruiting Judy to further encourage D’Arcy to move on with her life and get out of her house. (Like Dan, Judy winds up enjoying watching D’Arcy play Don’t Starve too much to remember.) Asta asks Dan why he hasn’t played bad cop like she asked, telling him D’Arcy needs to remember to stand up on her own two feet again, but he winds up using her own argument to tell her it’s time she moved out as well. Gosh, doesn’t Dan realize most millennials can’t afford to live on their own? Just as well D’Arcy’s open to becoming roommates with her best friend, another very unexpected but welcome turn, a status quo which’ll be very interesting to see in season three.

Harry finds Bobby, and is prepared to let him go after finishing the telepathic message Goliath placed within his son, but soon finds himself wanting to hug his little progeny. He starts playing all the typical games people do with babies, like hiding behind his hand, or claiming he’s got his (non-existent) nose, all while Neil Diamond’s “Heartlight” begins to play. The song did its job enhancing the sweetness of Harry’s newfound love for his son, but also made me laugh-out-loud because, well, “Heartlight” was inspired by E.T. the Extra-Terrestrial: it’s a song about Elliott, and the potato alien’s big glowy heart. It stops the sequence from becoming too sentimental, ironically letting the ridiculousness of this big alien dad embracing his son come across earnestly: very well played everyone, well played.

Peter discovers the prisoner who’s a sleeper agent for the Greys, Robert (Paul Piaskowski), is his missing son, and goes to find him during the prison riot. Enver Gjokaj’s incognito Grey, Joseph, appears to warn him about joining his dad, but Robert defies him, prompting Joseph to fire his pistol at him. Peter steps in front of his child to protect him, taking the hit. Despite Harry’s intervention, he’s too late, and Peter dies. I must admit, I don’t think it looked like Peter was hit in a fatal area (he seemed to be hit in the shoulder, not his heart), but if this had to be the end of Terry O’Quinn’s time on the show, then there are worse ways he could’ve been written out (like how I described last time.) I assume his death will draw Liv’s suspicions back to Harry, given her concerns about Peter’s disappearance this week.

Despite whining early on that Asta won’t let him kill people, it appears Harry’s newly awakened ability to feel love causes him to try to be a good role model for his kid, with him choosing to spare both Joseph and McCallister. That said, leaving Joseph to be mobbed by the thralls instead may’ve been a move to avoid further antagonizing the Greys, and McCallister? I imagine Harry realized from his experience with Peter that she could become an ally in future, since they have a mutual enemy: she’s probably in trouble with her superiors too, especially after the Baby also recovered the stolen sphere.

5. Remember, You Are Loved

Ben’s sleepwalking causes him to be exhausted during the day. Kate learns from Liv of an incident during his childhood, when he became locked outside his home at night, and wound up sleeping on the porch (traumatising Liv’s cat in the process.) He winds up crashing his truck driving home: at the clinic, he tells Kate his life flashed before his eyes, and he realized he took everyone in town for granted. He adds decisions like him trying to start the resort were made to make everyone love him, and Kate tells him he is, but he responds everyone outside their family just sees him as the mayor. Hopefully, everyone coming to visit him as he recovers will make him realize Kate is right; likewise, I hope this lovely ending reminds anyone who feels lonely they have people who would miss them.

– Giorgio A. Tsoukalos (Ancient Aliens) returns in this episode, revealing he’s been imprisoned by McCallister. I was quite apprehensive about his cameo in the first season given the problematic nature of ancient astronaut theories, so I want to make clear that (at least from his Twitter) he seems like a pretty cool guy, who’s simply very optimistic that aliens have visited us.

– You have to love how an episode that partly revolves around sleepwalking winds up having Harry create an army of thralls from the agents he knocked unconscious in the first season finale.

– Alan Tudyk didn’t give any old growl when Harry was caged: he was expressly mimicking Boris Karloff’s Frankenstein Monster.

– Peter telling McCallister he’s not working with the alien, only to see Harry giving him two thumbs up on the security camera, is meme worthy.

– So how feasible is using a taser for cooking anyway?

See you all next time for the season finale, “I Believe in Aliens.” Until then, “stay sweet.” 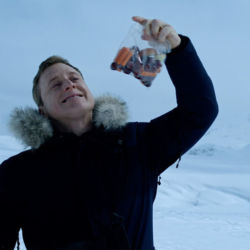 Five Thoughts on Resident Alien‘s “I Believe in Aliens”

On the second season finale of Resident Dinosaur Alien, the Greys reached a deal with Harry’s people, that would allow him to leave Earth via an escape pod on the mountains if he gave up on humanity. Harry proved enthusiastic about the idea of leaving with his son, and decided to embark on a farewell […] 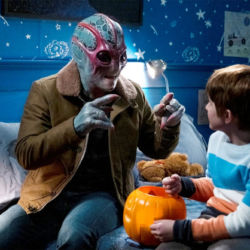 This week on Resident Alien, Terry O’Quinn’s alien hunter Peter Bach came to Patience to meet with Liv Baker, prompting a game of, er, hide-and-seek with Harry, all while Bach attempted to recruit Max to his side after discovering he can see Harry’s true form. Elsewhere, Ben and Kate made an “agreement” to not talk […] 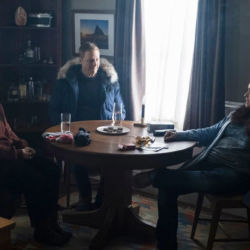 This week on Resident Alien, Harry and Asta accompanied D’Arcy to her skiing contest after she gave into her bad habits and scared off Elliot. During their trip, Asta revealed she had discovered a letter for her mom, and asked Harry if he wanted to tag along to find out if she still lived at […]