When we last left the passengers on Snowpiercer, they were about to be boarded by Mr. Wilford himself. After Melanie stole his original train, Wilford took the supply train “Big Alice” and stalked Snowpiercer for seven years. Now he’s got them literally by the tail.

But after the events of tonight’s premiere episode, “The Time of Two Engines,” the original passengers and Wilford’s crew–including two super-creepy doctors–will have to find a way to either co-exist or eliminate each other.

What did we learn from “The Time of Two Engines?”

1. The title has multiple meanings.

“The Time of Two Engines” literally refers to the engines of Snowpiercer, 994 cars strong, and Big Alice, 40 cars long. But it also refers to the opposing forces dividing nearly every member of the cast. Layton is torn between his vision of democracy for the train and his need to protect it from Wilford. This causes Layton to declare an extension of martial law. That will obviously be a problem going forward, especially since Layton installed his very pregnant ex-wife into the lap of luxury up in a first-class car.

Meanwhile, Melanie Cavill is, as always, torn between her need to protect the train and her personal feelings, in this case for her daughter. (More on that reunion below.) Ruth, last seen worshipping Mr. Wilford from afar, will have to decide if she cares more about Wilford or her passengers.

Last, but not least, the passengers themselves will have to decide which side to support: idealism or cynicism. That seems like a familiar choice in these times. My condolences, passengers. 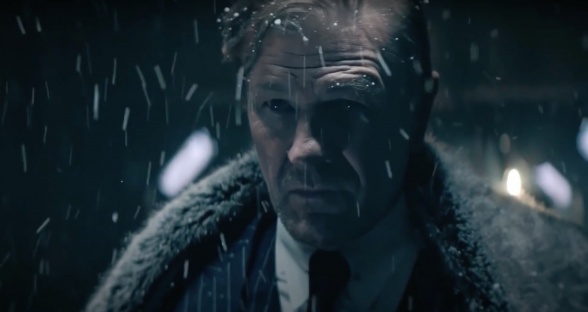 Sean Bean is obviously having a great time as Wilford, from quietly seething at Melanie, to casually introducing her to the daughter who now hates her, to playing with her like a cat playing with a mouse, and finally exploding in anger when Melanie foils his nefarious plan. (Sorry, he really does seem like a cartoon villain. In a good way.)

It’s clear the man is a megalomaniac. He was willing to kill every single passenger on Snowpiercer just to stick it to the people who won’t give him back “his train.” Even people who work for him, like poor Kevin, knows their lives mean nothing to him. His first request, a selection of fresh food and booze, was simply to make his adversaries run around and do his bidding.

3. The Cavill mother-daughter reunion does not go well.

Melanie’s original sin of stealing Snowpiercer and then running it just like the man she claimed was evil was compounded by having abandoned her daughter when she absconded with the train. Despite having problems with her story, I admit that Jennifer Connelly is killing it as Melanie. Her reaction to seeing her daughter Alexandra alive was a mix of desperate hope and horrific guilt.

Alexandra is not so torn. She seems to hate her mother for abandoning her. Later, however, Alexandra confesses she knows her mother sent men to fetch her on-board the train. However, Alexandra couldn’t leave her grandparents, who refused to go. Mother and daughter are equally stubborn. Rowan Blanchard plays Alexandra with the right mix of angry teenage girl and broken-hearted daughter. There’s a glimmer of hope the pair may work out their differences at the end: Alexandra seems impressed with Melanie’s foiling of Wilford’s plan to ditch Snowpiercer to an icy fate. Nothing like discovering your mother is a bad-ass.

4. So much for the democratic experiment.

Layton planned to create a democratically elected government in the wake of his successful rebellion. Instead, he ends up thrown into another war. Seeing all the factions aboard the train, he decides to stay in control as dictator just a little bit longer.

That will not be easy for him. The Tailies who fought the revolution still don’t trust the brakemen, who were caught in the middle. The hospitality crew, including Ruth, are likely smarting from the loss of their security forces, including Ruth’s lover. (Ruth seems very much on Layton’s side in “The Time of Two Engines.” I don’t buy it.) Right now, the Night Car seems to be neutral territory. If I were Layton, I’d put Audrey in charge. She’s good at politics while he seems best at military tactics.

However, Layton provides the narration for this episode, but in the past tense, as if he’s lived through the solution. That’s a hopeful sign for the character.

5. The Tailies are a tough, tough bunch.

Brakeman Till is with the contingent of Tailies who storm Big Alice and grab a hostage. But she’s not exactly as tough as they are yet, which one of them points out. The Tailies have basically existed in the dark for seven years, their food consisting mainly of bug bars, and have taken losses the rest of the passengers cannot imagine. They instantly fall behind Layton’s violent tactics. They’d have won, too, if not for the somewhat inhuman guard who’s seemingly invulnerable to cold. (He’s probably the work of those two creepy scientists.)

I hope we see more of the Tailies fleshed out beyond Pike. Pike’s a lot of fun, trading fresh fruit for booze, then using the promise of fruit to help take trick the enemy into opening the hatch, but I want to move beyond him and let others also take a greater place in the story.

Bonus Extra Point: It’s Snowing!
While outside the train, Melanie is entranced by a snowflake. She even takes a sample to test if it’s new-fallen snow. Is she hallucinating or is the Earth outside warming up enough to allow snow, promising a real future for those using Snowpiercer as a lifeboat? The comic ended with a ray of hope. It would be fascinating to see this story evolve to include what’s outside the train too. 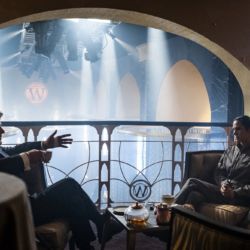 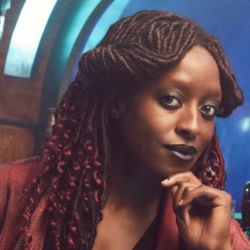 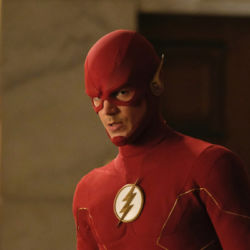