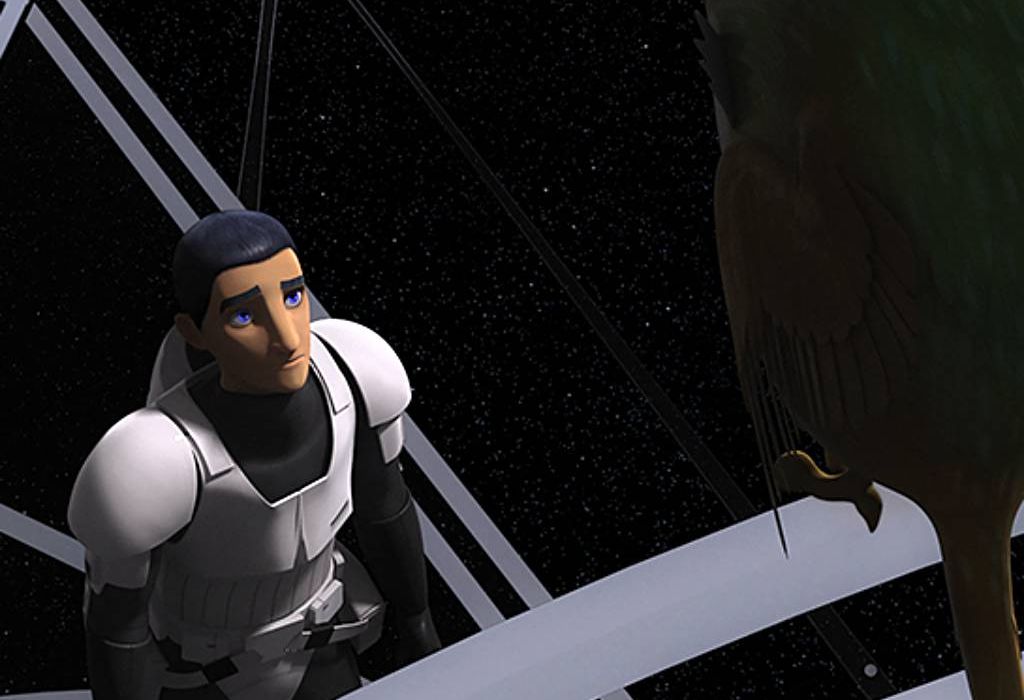 SPOILER WARNING. These make up the penultimate episodes of Star Wars: Rebels before next week’s three-part finale. These episodes mark a culmination of storylines started in The Clone Wars so if you don’t want a decade of storytelling ruined for you, back out now and go watch The Clone Wars and Rebels.

When you’re done, you can come back and continue reading.

The thing I’ve always had a hard time getting over with regards to Star Wars: Rebels was the pretty drastic change in tone compared to the latter seasons of The Clone Wars. If you’ve regularly read my reviews of Rebels you’d know I was a sucked for the more mature storytelling that Clone Wars grew into and pulling that back to a very softball, kid-friendly style of episode writing for Rebels took some adjusting to.

Thankfully, these two episodes show just how far Rebels has come since its first season. The two episodes together make one hour long story in the same way most of season four has worked so far and the story being told benefits from that time. It allows the entirety of the first episode to set up the expansion of the lore in the second episode without having to cram it all into 20 minutes. Giving it time to breathe lets some of the really interesting and emotional character moments land and, boy, did these episode make me emotional.

Ezra has always been a problem for me. He’s the epitome of the kid-friendly storytelling that I mentioned in the previous point and, despite all of the show’s efforts, has been the weakest link of the cast for me. He exists for the storytellers to impart a Lesson™ onto him as part of the way cartoons impart morals onto the kids that watch them. The downside is that a) Ezra often made the same mistakes only to learn the same lessons every season and b) the lessons he learned often felt like generic cartoon lessons as opposed to lessons directly tied to his training as a Jedi.

Since Kanan’s death, Ezra’s been thrust into the forefront of the group more than ever and these episodes are about his struggle with that. Without Kanan to fall back on, he has to drag what’s left of the Ghost crew back to fighting ready by way of exploring what the Empire wants with the Jedi Temple. After being confronted with the ability to touch of all of time and space (more on that in a second), he is immediately ready to try and bring back Kanan and undo his sacrifice.

It is a genuinely important moment for the growth of Ezra that he is able to let go of the past and accept Kanan’s sacrifice and use what he gave him to push forward against the Empire. That final moment of Ezra saying goodbye to Kanan? That’s the growth I’ve been waiting two and a half seasons for.

Something I really admire about the Star Wars animated shows is the scope to build on the mythological concepts of the series in a way that likely wouldn’t fit in a live action film. Sure, we saw a little of that with Rey’s vision in The Last Jedi, but not like this. Bringing back the Mortis gods was something I wasn’t expecting from a story so removed from the wildness of The Clone Wars where it was dropping new lore almost every episode, but it worked because it continued this idea that the Force will always contain more than mortal users could ever dream of.

To me, the world between worlds is almost like viewing time in the fifth dimension as described by writers like Alan Moore and Grant Morrison in their comics. It is a manifestation of the Force that allows all of time and space to exist simultaneously. It is every moment at once. It’s a physical representation of the way the entire universe in connected by these lifeforces and these moments in time and brings with it another incarnation of the theme of temptation.

Ezra, at one point, almost quotes Anakin directly in saying that he could stop Kanan from dying and it’s that temptation that could draw him to the dark side as we’ve seen in the past. Thankfully, however, he had someone there to stop him.

One of the things I loved about this is the touch that Ahsoka returns to the exact same moment we left her. Whether Ahsoka was descending a staircase or falling to her knees (and, ultimate, to her death) was a point of contention over her final fate, but know we know that, yes, Ahsoka does, in fact, live.

Bring her back for the finale, Filoni.

This isn’t the first time Palpatine has shown up in Rebels, but it is the first time he’s been voiced by Ian McDiarmid himself and it makes all the difference. I like Sam Witwer a lot, but Palpatine is one of the characters (like Vader, actually) where you can tell when it’s not the real McCoy… or real McDiamid, in this case.

My only complaint here is that Palpatine was used as a kind of… distant antagonist? He was never physically in the same space as Ezra or Ahsoka so it was more the idea of him and what he could do if he was allowed to enter the Force space that was used as the conflict in this episode. It’s not much of a complaint, I know, but I really hope that this isn’t the only time Ezra will come into conflict with the Emperor himself and that he’ll show up in the show’s finale.

I can only dream for a lightsaber battle between Ahsoka, Ezra and Palpatine. 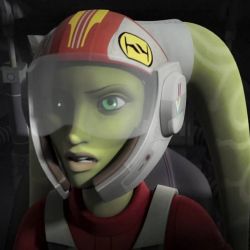