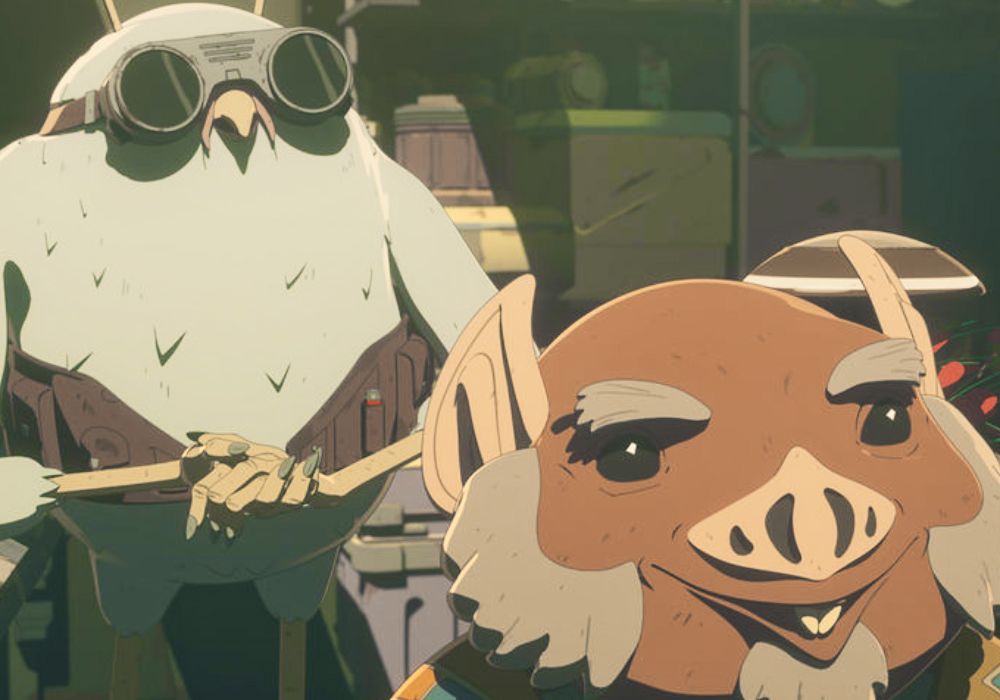 Picture, if you will: you’re trying to make a living in the deadend of the deadend of the galaxy when some business owners you’re friendly with ask you to mind their store for a day. You’d take the gig, right? That’s some extra cash in your pocket. Now, imagine you’re the protagonist in a Star Wars show and everything around you always goes horribly wrong. Still going to take that gig?

Let’s find out what trouble Kaz gets into watching Orka and Flix’s store in this week’s episode of Star Wars: Resistance.

Here’s your average Resistance episode so far: we open in Yeager’s garage where Kaz does something mildly self-centred and largely incompetent that annoys Tam and sets off a chain of dominoes that leads him into bumbling into the main conflict of the episode that he resolves through sheer dumb luck and probably learns something about the power of friendship along the way. It’s become pretty rote thus far.

This episode takes a turn for the interesting in the opening minutes (and nowhere else in the episode) by showing a more conscientious Kaz who got up early to fix the Fireball so Tam could fly it later that afternoon. It’s character growth in action and it’s a lovely moment to start the episode on, it’s just a shame that it also has nothing to do with the rest of the episode’s story and, in fact, is forgotten about. You never see Tam fly the Fireball, it doesn’t come back in any meaningful way and this is the only scene Tam, Neeku and Yeager appear in.

I was excited at the prospect of a Flix and Orka episode for a hot second before my world came crashing down around me when I realised they were going to have two scenes in the entire episode, one where they leave Kaz the store and one where they come back and the place is a mess. Ah, well. C’est la vie.

What does interest me, thought, if Flix’s apparent distance from his parents. He’s seemingly ashamed at being told that he looks like his mother while simultaneously concocting another wild story about his father, who doesn’t seem to be in the picture. It’s a throwaway gag, but maybe it’s something that unlocks the psyche of the character. Maybe his dad was half Gungan and maybe the goggles he perpetually wears are to hide his eyestalks and hey what’s that hook for no wait no no NO–

Sorry about that, folks, about the powers that be think doing a far too in depth reading of an animated character in a Star Wars cartoon two weeks in a row isn’t funny. Shows what they know, huh?

Anyway, fun fact: my day job is in retail and has been for the like 7 years and, let me tell you, I deal with a Teroj Kee pretty much every day of my life. Not that the customer comes back after dark to steal the planet cracker we’ve got in the back, mind you, but the faked outrage over small mistakes in order to get something for nothing at the expense of the reputation of a kid working minimum wage? Boy, that rung close to home.

4. James Kirk Voice: What Does The First Order Want With A Phase Connector?

“So, the First Order want a planet cracking phase connector. I wonder what for?” That was going to the point of this… point, but you know what? I’m at a place where I don’t care to speculate about what’s going to happen ten episodes from now based on one line setting up a future story thread. When we get there, I’ll talk about it, but right now? I’m not all that interested.

Rebels had a good few episodes like this early in its run: innocuous, self-contained episodes about simple missions that went awry and lead to a small revelation that grew interest in the season finale or whatever the show had planned next. I understand why they do it; not every episode can feel like a momentous revelation in the lives of the characters. Still, more often than not these episodes feel like they were built around a simple, self-contained idea with the revelation tacked on at the end to trick the audience into thinking something important happened only really works a couple of times.

I dunno, this was one of those episodes like “The Forgotten Droid” or “The Wynkathu Job” where I don’t really know how to give my thoughts on it other than… it happened, I suppose. 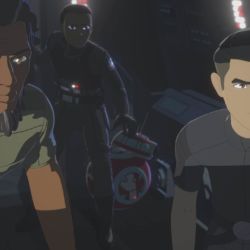 Well folks, we’ve reached the end of the road of season 2, but also of Star Wars: Resistance itself. While an undeniably flawed series, Resistance has certainly had its moments and the series/season finale was no different. Still, the overarching theme for me as a viewer remains “missed opportunities.” Good series finales should always leave […] 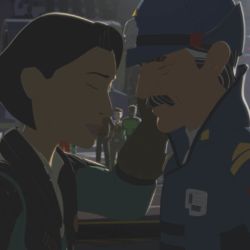 Change is afoot in Star Wars: Resistance! We’ve finally gotten some movement on what was disappointingly turning out to be a slow final season. Read on and beware: the spoilers are strong with this one.1. We’ve reached a turning point!Last week’s double episode felt like change was in the air, but you never know with […] 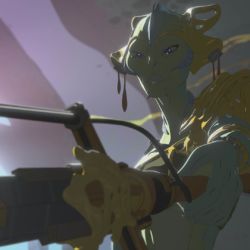 Five Thoughts on Star Wars: Resistance’s “The New World” and “No Place Safe”

This week’s Star Wars: Resistance was a double feature with episodes 15 and 16 airing one after the other. While things sort of ended slightly where they began, there were a lot of interesting developments that made “The New World” and “No Place Safe” more enjoyable than the last several episodes that ran before. Why […]