Welcome back! Now, if you’ve been following along at home, you might have noticed that I’ve been somewhat, let’s say, down on The Bad Batch following its premiere. After a stellar, double length premiere episode that blew me away, the series settled into some pretty disappointing, by comparison, follow up episodes that felt pretty same-y, at least to me.

Well, you might be glad to know that I actually enjoyed this week’s episode! Yeah, I wasn’t ready for that one, either. Let’s just get into it, then, shall we? Find out what I thought about Star Wars: The Bad Batch‘s “Cornered” down below! Spoilers, obviously.

1. So Much For Laying Low

Honestly, I like this turn of events a lot. Encountering a bounty hunter and being forced to be pro-active in their care of Omega as opposed to finding a quiet, backwater planet to live out their days makes for a much more interesting episode this week than any that have followed the premiere. It keeps things interesting and puts the Bad Batch into interesting environments and situations. I complained last week that The Bad Batch felt like it was following in the footsteps of the same formula as The Mandalorian with “Cornered” acting as a mirror to “Sanctuary” as our heroes try to find a peaceful life to pawn their charges off onto, only to realise that their charge will be safer despite being closer to danger so long as they’re with them. It’s the point of inseparability and both The Bad Batch and The Mandalorian found that point in their fourth episode.

The trouble is, episodes two and three of The Mandalorian were all about Din having to come to terms with betraying his code of honour in order to protect Grogu while the Bad Batch had already decided to take Omega with them by the end of the premiere, leaving them to two episodes to fill in the meantime. So we got two episodes of them trying to get rid of Omega at every opportunity they could before Fennec showed up to ensure they need to stick together. It’s weird pacing, is what it is, and I’m glad things seem to be turning around if this week is any indication. This is the kind of episode I’ve wanted since the finale and while it sucks it took this long to get to this point, I’m hoping it’s only up from here.

2. Hey, Look, Stuff Happens In This One!

Wow, there’s like an actual plot this week, and everything! It’s weird, considering that the last couple of episode’s I’ve really had to scrounge to make five full thoughts out of episodes where Hunter and Omega run around fighting a big monster for ten minutes, that I can go back to thinking about plot and structure and characterisation and all that stuff that I was excited about from the premiere and then got dropped in favour of rejected Rebels spec scripts.

I love Cid. I love Rhea Perlman and she’s fantastic here. I love all the weird, sleazy and sort of self-aware characters these shows can introduce like Honda or Orka and Flix and I really hope Cid comes back. Having her as a sort of handler would be a lot of good for this show’s direction as it takes a lot of pressure out of needing Hunter and the gang to have their own direction and instead can be sent around to complete missions like this which, frankly, was what I thought the show was supposed to be anyway.

Plus, getting to see the Bad Batch actually go on a mission all together and have to use their specialties and tactics to sneak into the Zyggerian camp and then improvise as it all inevitably goes wrong is exactly what I want to see from this show. I want them to do their silly, little missions and I want those missions to go horribly wrong so they have to try and survive through improvisation and luck. More of this, please.

Man, it’s been a hot second since I thought about the Zyggerians, but they’re the perfect bad guys to show up here. For one, they’re nakedly evil. There’s no sense of moral challenge to the protagonists, there’s no other side to consider. Slavers bad. That’s good enough to hang an antagonist on. For two, it makes a lot of sense for the Zyggerians to be more active now that the Clone Wars have ended and the Republic has dissolved in favour of an Empire that, frankly, isn’t a hop, skip and a jump away from the Zyggerians in the first place.

They’re perfect for this episode because all they need to do is be there and be evil and have slaves. My boyfriend even commented as he overheard the episode playing that it’s nice to know that even in space, the Russians are the bad guys. It’s simple, pulpy and effective in both a storytelling and structural sense and having it culminate with Hunter 1v1-ing the head slaver in a knive against whip fight was, frankly, sick as hell. It’s weird, I can’t believe that this episode is serving me the bare minimum and I’m like hell yes more of this, please, but I am. I just want this show to be better than its previous three episodes because this week has done is put into stark light just how bad they were.

I’m not going to lie, I was getting sick of Omega by last week. As I mentioned in my review of that last episode, the way that Omega has operated as the cub in this show’s take on the Lone Wolf And Cub formula has been kind of weird because the danger she’s been in has never felt proportionally dramatic. I’ve never felt truly afraid for Omega in the way that, for example, I have for Grogu multiple times during The Mandalorian. I know, I know. I’m comparing this show to The Mandalorain too much and they’re vastly different because one is a cartoon largely intended for children and the other is live action and operating with much more heightened drama. Still, it’s hard not to see The Bad Batch referencing and connecting itself to The Mandalorian and not let that sway my take on this show.

However, this week was a lot better. By giving Omega a comms device and allowing her to be more pro-active and less… at the kid’s table, storytelling-wise, she feels just as present and proactive in the story as the rest of the Bad Batch does. Hell, she even saves them, for once. And she does so with her wits and we don’t get a whole lecture about her putting herself in harm’s way. If that last was a point of inseparability, this week proves that Omega’s just as much a part of the Bad Batch as the others and I really think the show needed that sooner rather than later.

5. Muchi Do About Nothing

This was fun. Seriously, no, this was genuinely fun. Not only having Muchi turn out to be not the Falleen child that the gang saw from afar and turning out to be an adolescent Rancor, but the reveal that Muchi is, in fact, the Rancor in Jabba’s Palace? That’s neat, that’s all I really have to say. It was a fun reveal and it was done well and I had a lot of fun with where they took the idea. That’s literally all I want from this show, if I’m being honest; to have fun with a silly Star Wars cartoon about some quirky clones having to take care of a kid each week and it’s quite sobering to think that the last couple episodes didn’t even manage that bar. Thankfully, this one did and Wrecker having to wrestler a Rancor for dominance was definitely a highlight. More like this, please. 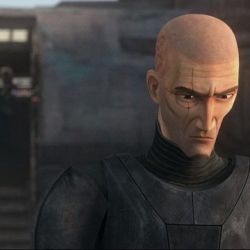 Laser blasts rain from the sky. Tapoca City sinks into the watery grave of Kamino. The Bad Batch scramble to safety through the fire and the flooding within. Star Wars: The Bad Batch finally reaches the conclusion of its first season and, boy howdy, do I have some thoughts on this episode and the show […] 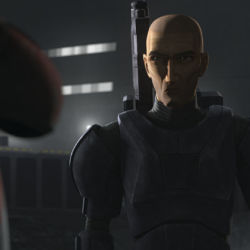 You know, I have to admit that I had no idea they were splitting The Bad Batch‘s finale in half. I really thought I was going into this season’s finale episode until I saw the listing on Disney+. Still, no point crying over not getting an hour long finale when we have the first half […] 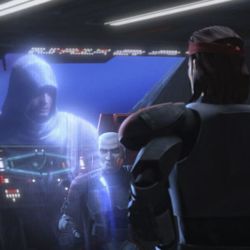 Welcome back! After spending some time with Cid and setting up a new player in the underworld of the galaxy far, far away, this week The Bad Batch turns its attentions back to the emergent Empire as the Bad Batch must rescue a familiar face. With the season finale only a week away, let’s take […]