This episode of Stargirl is presented almost as a mid-season finale, but the next episode airs in just 7 days. There’s a lot of action that happens, both in terms of heroes and villains punching each other in the face, and also a lot of plot being moved along. Let’s get to it.

This episode saw Beth, Pat, and Mike all attacked by Shiv’s ISA. Beth got off with a broken phone, but Mike was kidnapped and Pat was put in the hospital. I know that Cindy had given up on the idea of getting Cameron into her crew, but it still felt a little early and anticlimactic to bring the ISA and JSA together like this.

Along with S.T.R.I.P.E. being destroyed, we saw Shiv pulled into the shadow realms (or killed, it’s a little hard to tell), Fiddler Jr. slurped up by Eclipso, with only Artemis escaping. Artemis has always seemed the least ‘evil’ of the batch, and I wouldn’t be surprised to see her show us as a JSA ally later in the season. But unless she throws in her lot with Eclipso, the new ISA lasted exactly one (1) mission. That seems like a poor decision, structurally. If the ISA was the big bad of this season, it would’ve had a lot more emotional weight than seeing them taken out so quickly.

Pat Dugan has no superpowers to speak of, and doesn’t even seem to be a halfway decent hand to hand combatant, but he refuses to fight back when two ISA members jump him, due to them being kids. While I appreciate his position, they’re teenagers and they’re gonna kill him, so at least put up your dukes, Pat. If it wasn’t for Artemis showing mercy due to Pat’s friendship with her dad, he’d likely have been dead, or at least seriously hurt.

Mike, on the other hand, is approached by Cindy, which has been teased since the first episode. But syke, it’s not to join the ISA, it’s just to act as bait for Courtney and co. This is a bummer, because I think Cindy is both smart and convincing, and Mike has a bit of a bruised ego from being Courtney’s younger, non-superpowered, brother.

I’m not advocating for an evil Mike or a dead Pat, but the show is letting some more emotionally rending plots stay on the sidelines. Putting Pat in a coma for a few episodes or having Mike flirt with the idea of joining the ISA would go a long way.

The fight between the ISA and the JSA is the best the series has ever done in terms of pure, visceral action. There were some cool POV shots from the perspective of Court riding the Cosmic Staff, a lot of broken porcelain from Rick and Artemis’s bathroom brawl, and just some good ol’ fashioned dodging from Yolanda. Each season, the CW tends to go all out with fight choreography for each show on the network. This was clearly that episode, and it really worked.

Directly from my notes: “Eclipso looks like Howie Mandel in Little Monsters remade as an action figure from 1991 whose eyes would glow red when you squeezed his legs and had a ‘suction power’ if you pressed the button on the back.”

I know it’s hard to make comic characters look good on a CW budget, but they could’ve easily done the ‘pale circle across half the face’ which comics have done for years, and was done to Cindy briefly last night. Instead, this version just looks silly.

As I said before, this episode leaves a lot of uncertainty, and feels like there should be a break for us all to contemplate this. What happened to the Shade? Is Cindy dead or in the shadows with Doctor Mid-Nite? Is the Cosmic Staff dead? What will Mike’s new, mini-S.T.R.I.P.E. look like? This episode did a really good job balancing the personal drama of Yolanda and Beth with the superheroics and the family strife of the Dugan/Whitmore clan.

Let’s see if next week is similarly action packed, or if the throttle is pulled up a little. 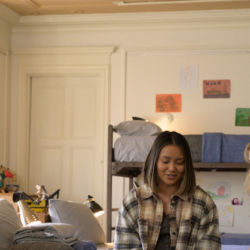 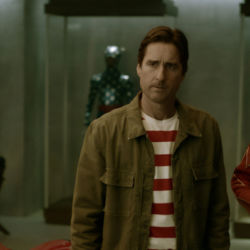 Stargirl continues to play with our expectations of what the JSA was and is. Let’s get right to it. 1. TURN ON A LIGHTI get that the theme of this season is darkness and shadow, quite literally, but I can’t deal with 40 minutes of poor lighting every week. In “Chapter Nine,” there were a […] 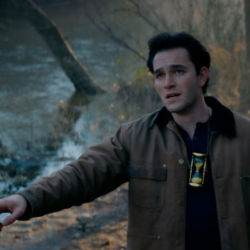 Stargirl continues to pull apart the JSA, while Eclipso continues to plant his flag deeper. 1. Poor RickRick is the member of the JSA that we spend the least amount of time with, and it’s easy to think that is the case due to him being the least interesting member of the gang. And while […]