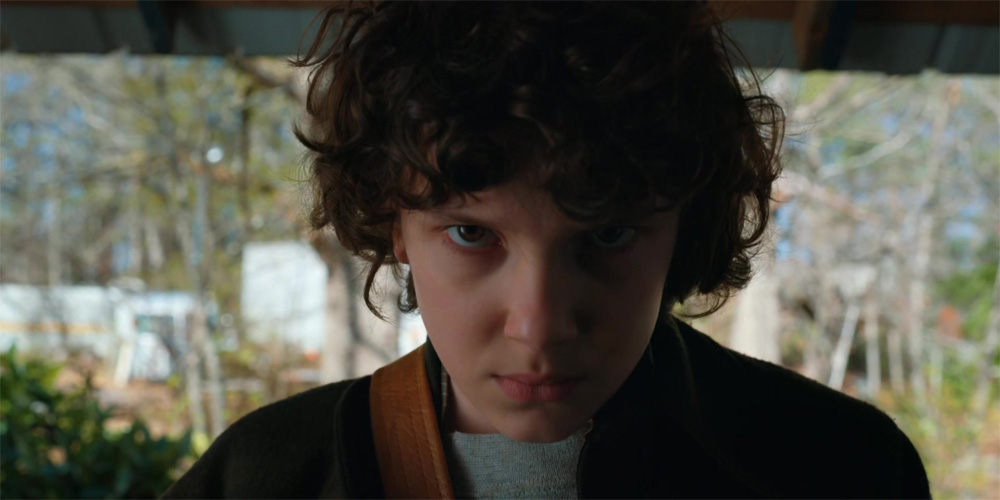 Welcome to this week’s installment of the Summer TV Binge of Stranger Things, looking back at season two, episode five, released October 27, 2017:

On this episode, Hopper becomes trapped in the Upside Down tunnels; Eleven finds her mother; Nancy and Jonathan meet with Murray Bauman; Lucas tells Max the truth; and Dustin played a cat-and-mouse game with Dart.

After a lift from a friendly truck driver, Eleven arrives at the home of her mother, Terry, and her aunt, Becky, who assumes she’s a Jehovah’s Witness and turns her away. Eleven responds by telekinetically unlocking the door, and quietly demanding to see “mama”: I love Becky’s reaction shot, you can tell within a moment that she realizes everything she ever dismissed is real, and her cynical facade completely drops — in fact, she becomes so apologetic that Eleven even asks her to “stop talking.”

Eleven learns about the state her mother is in, which Becky likens to being trapped in a dream: El optimistically responds she hopes she’s having a good dream. Becky shows her niece the bedroom her mother prepared for her, unchanged since she was born: it’s an incredibly poignant moment, a reminder of the warm upbringing El (or Jane, to use her real name) could’ve had, instead of the sterile, abusive environment Brenner brought her up in. 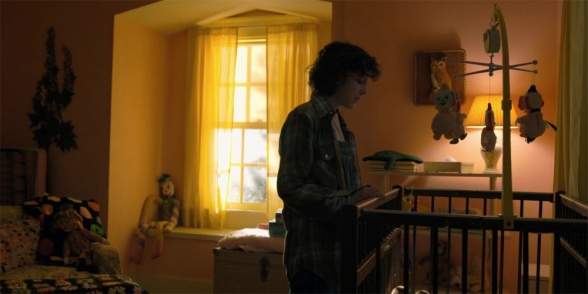 Eleven examining the cradle she would've slept in

It’s a reality El revisits when she discovers her mother is communicating through the flickering house lights, and reenters the Void to speak with her: it’s there she witnesses the circumstances of her birth, and learns Brenner had Terry subjected to electroshock therapy after an armed attempt to rescue her, finally explaining her helpless state. It’s evident El and her mother’s psychic powers aren’t enough to overcome the damage Brenner has done to their relationship, with her learning the truth as if it were a tape on replay: if you didn’t know by now, the doctor is a truly evil man.

After some vague advice from his father, Lucas bribes the arcade clerk Keith to lure Max into his office, where they can talk privately. (I don’t believe Keith really thought Lucas could hook him up with Nancy, so he was probably just humoring the kid.) Lucas confesses everything that happened the previous year, and Max, after quietly listening, tells him she thought it was a very entertaining story, if “derivative,” and that she still thinks he’s lying to her. It’s hilarious, as if the writers read criticism of the first season being too similar to the films and books that inspired it, and decided to wink towards that while scripting Max’s skepticism of the boys’ past.

How does Lucas climb out of this hole he dug (no pun intended) for himself? When Max starts mocking details from the story out loud in the arcade, he puts his hand over her mouth, emphasizing how seriously he takes the feds swearing them to secrecy about the incident, and her safety. When Billy picks up his sister, we see that he remains wary of Lucas, but she recognizes he was genuinely sincere and concerned with everything he said — she can no longer dismiss what he told her, even if it sounds like it was cobbled together from all his favorite stories.

Murray Bauman listens to Nancy’s recording of Dr. Owens, and even he finds what he learns hard to take in: the supernatural truth about Barb’s disappearance is way beyond what he expected. He pours himself a glass of vodka, and puts on some music to calm his nerves, before he can think about the next step. He tells Nancy and Jonathan the evidence would be easily dismissed if it’s made public, as it would become vulnerable to criticism from anyone, which sadly rings all too true: how often have you seen people dismiss a report about climate change, COVID-19, systemic racism, or anything else inconvenient because someone they trust tells them to? (Heck, in this episode alone we respectively see and are reminded Max and Becky’s instincts were to deny all of it.)

After watering down his vodka, Bauman and Nancy realize they could do that with the truth, only leaking parts of the audio to concoct a more believable story that will shut the lab down (like the Three Mile Island accident), so it becomes more palpable for other people — perhaps there’s a political lesson to be learned here? After all (believe it or not), I have heard quite a bit of discussion between scientists over just how much doom and gloom they need when communicating why we need to combat climate change: shouldn’t the benefits of clean energy alone be enough?

Someone who is skeptical but manages not to be antagonistic about it is Bob, who brings a present for Will after hearing he’s ill. Having learned from Will’s connection to the shadow monster that Hopper is missing, Joyce decides to invite Bob into the house and let him decode the drawings Will has made: his nonplussed reaction is absolutely hysterical, he’s so clearly wondering what the hell is going on, but he only quietly asks “why exactly?” 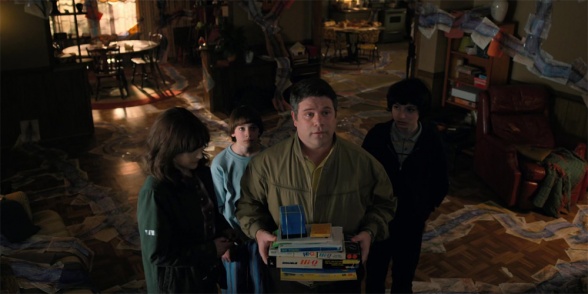 Will and Joyce's art installation is certainly impressive

After privately expressing his concerns, Bob gets distracted after realizing the joined up drawings correspond to the outline of the rivers in Hawkins, and eventually works out where Hopper is. It’s really sweet how he gets caught up in what he thinks is a game, even driving them to Hopper’s location despite it being after dark, and all the bizarre references to events he has no knowledge of.

This episode ends on such a dramatic and disturbing note — Will collapsing, screaming and writhing in pain after the lab’s clean-up crew come and burn the vines in the tunnels — that it’s easy to overlook how little happens in certain storylines: for instance, Dustin spends a lot of time unsuccessfully trying to contact Mike and Lucas after trapping Dart in his cellar, which was fun, Erica Sinclair and Ted Wheeler are both excellent foils for the excitable kid, but then he finds Steve looking for Nancy, and that’s it for him this time round.

Even Eleven and Jonathan & Nancy’s threads, to some extent, feel incomplete eg. we don’t see El acknowledging Kali’s presence in her mother’s memories, which would’ve ended her scenes on a stronger cliffhanger. Meanwhile, Hopper spends the whole episode in a dark set, getting lost and trapped, which is a lot less nailbiting on rewatch since we know that (unlike Will) he’ll emerge unscathed. All of this is because this is a show designed for binge-watching, and the creators know they can leave major turns for the next episode (or two) that’ll play immediately afterwards: rewatching the season week by week though, it certainly leaves me impatient for more of the next best moments.

– For the record, Dig Dug is the maze arcade game that Max wants to play, and which Keith places an out-of-order sign on to pull her away to Lucas.

– If you don’t know, Andrew Stanton is the Academy Award-winning director of Finding Nemo, WALL-E, and Finding Dory, as well as John Carter. (Remember John Carter? I’m glad the Duffers didn’t hold it against him.)

– On their way to meet Bauman, Jonathan and Nancy stay in a motel room with two beds, an awkward situation that leads to us learning that they didn’t become an item because Jonathan was preoccupied with looking after Will, and Nancy accepted Steve’s offer to resume their relationship a month later. Granted it’s the ’80s, but it’s a reminder that even now women and girls don’t often make the first move.

See you all next week for “Chapter Six: The Spy.” 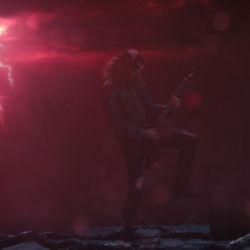 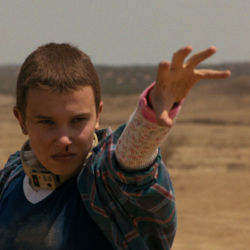 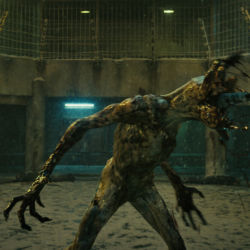