Aware she’s Vecna’s next victim, Max prepares letters for her loved ones, including her late brother Billy. Nancy and Robin go undercover to speak to Victor Creel (Robert Englund). Joyce and Bauman meet Anton’s contact Yuri (Nikola Djuricko) in Alaska, while Hopper escapes from prison. Jonathan, Mike and Will are placed under house arrest by Owens’s agents Harmon (Ira Amyx) and Wallace (Kendrick Cross), and decide to sneak out.

Hopper makes a dramatic escape from his captors, complete with an explosion, despite being barefoot in freaking Siberia. Unfortunately for him and his allies, Yuri turns out to be a greedy, treacherous weasel, who discloses Anton’s plans to the warden, and drugs Joyce and Bauman’s drinks: poor Jim barely has time for a drink, let alone treat his frostbite, when the Soviets barge into the repurposed church he was hiding at. Now, I’m sure all of this sounded great on paper, but in a season this long, it feels like it would’ve been cut, had it not been for how expensive it all was to plan and shoot; it also further feels redundant given how quickly Hopper is nabbed after the betrayal, meaning you’re not left in suspense as to whether he finds out, and decides to make his way back for the inevitable fight with the Demogorgon the Russians captured.

2. Now This is an Action Sequence

Colonel Sullivan’s attack on the Byers home on the other hand, was a great scene, a real shock to the system that shakes up the cinematography of the show for a surprisingly gritty moment, filmed in one take, as Agent Harmon leads the boys to safety with just his wits and his pistol — it feels like it came from a completely different show. I think it also worked incredibly well since the boys had intended Argyle to get them out under the pretense of a pizza delivery, meaning you’d been lulled into thinking this was the comic reflief story, and that you’re well and truly blindsided when someone one else “delivers the pizza.” Poor Argyle, he thought he was going to have another excuse to smoke some pot with Jonathan, instead he got shot at and forced to flee with an injured federal agent in the back of his van.

After an amazing performance from Robin (seriously, I’m impressed it worked), the director of Pennhurst Asylum grants her and Nancy permission to interview Victor Creel for their “dissertation.” Creel proceeds to tell the story of the horror that befall his family when they moved to Hawkins in 1959, as they were plagued by horrifying visions that eventually culminated in the deaths of his wife Virginia (who is murdered in the exact same way as Vecna’s victims), his daughter Alice, and (a week later) son Henry.

It’s a genuinely upsetting, nightmarish short horror film within the episode, anchored by Robert Englund’s moving performance, which conveys all the necessary sorrow and grief in spite of his eyes being concealed by prosthetics. The Duffers could’ve made this character much darker, in the vein of Englund’s signature role (a Renfield to Vecna’s Dracula, as it were), but having him play against type paid off wonderfully, and it was a sweet way to remind audiences there’s more to him than Freddy Krueger.

Dacre Montgomery returns for this episode as an apparition of Billy created by Vecna, who taunts Max with the suggestion that on some level, she’s relieved he died. I gotta admit, I was glad Billy sacrificed himself given how awful he was, but think about it: if you were possessed, and made to kill that many people, could you really live with yourself? Maybe I’m just subconsciously grateful there’s not another storyline this season, or that Billy’s taking screentime from his sister, but my point is, when people pass on, and others say they’re in a better place, sometimes they don’t mean that literally, but figuratively: Billy’s not suffering or spiraling into a darker place, but at peace — whatever he was, he’s now be the guy who gave his life to protect Eleven.

5. The Power of Kate Bush

The spine-tingling climax, where Dustin, Lucas and Steve use the cassette of Kate Bush’s “Running Up That Hill” to break Vecna’s hold on Max, is such a deeply inspiring ode to friendship (of course it’s Lucas who recognizes it’s her favorite song), the cathartic power of music to describe your emotions, and Bush’s haunting, one-of-a-kind song, that I think it’s best to let it mostly speak for itself:

I did find the use of the song in the season’s first episode a little melodramatic, but the payoff here made it well worth it, and it’s such an emotional and heartstopping scene, that I’m happy to overlook how Max’s ankles don’t break when she falls to the ground. I can’t wait to listen to the string arrangement of Bush’s masterpiece when it’s released outside the show as well.

– Mike apologizes to Will for taking him for granted, telling him Hawkins hasn’t been the same, and honestly, look at Will in that scene: try telling me from the way he breathes, and nearly wells up, that he doesn’t have feelings for his best friend.

– This is the second episode where El doesn’t appear, following “The Spy,” although she is seen in Max’s memories.

– While strong red lighting has been a signature for the Upside Down, its use in Vecna’s mental lair may be an allusion to the Crimson King (the ultimate evil) from Stephen King’s novels.

– Steve expresses frustration about his role as designated babysitter, but let’s face it, no one’s keeping him around for his thinking skills, and that’s OK!

– I know ’80s fashion is inherently ridiculous, but damn if Nancy and Robin didn’t look like the Golden Girls dressed as academics.

See you all next week for “Chapter Five: The Nina Project.” 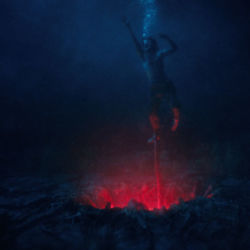 Welcome back to our weekly look at Stranger Things season four, today we’re looking at:“Chapter Six: The Dive”Written by Curtis GwinnDirected by Nimród AntalWhile El continues to remember her life in 1979, Jonathan, Mike, Will, and Argyle go to Suzie’s home in Utah, to get her help tracing the modem they dialed. In Hawkins, the […] 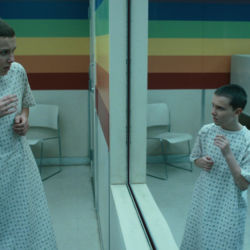 Welcome back to our weekly look at Stranger Things season four, today we’re looking at:“Chapter Five: The Nina Project”Written by Kate TrefryDirected by Nimród AntalOwens takes Eleven to the Nina Project, located in a repurposed missile bunker in Nevada, so she can relive the memories that awakened her powers: there, she is reunited with Dr. […] 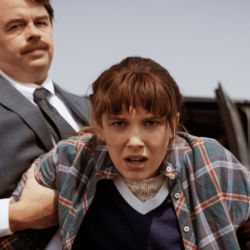