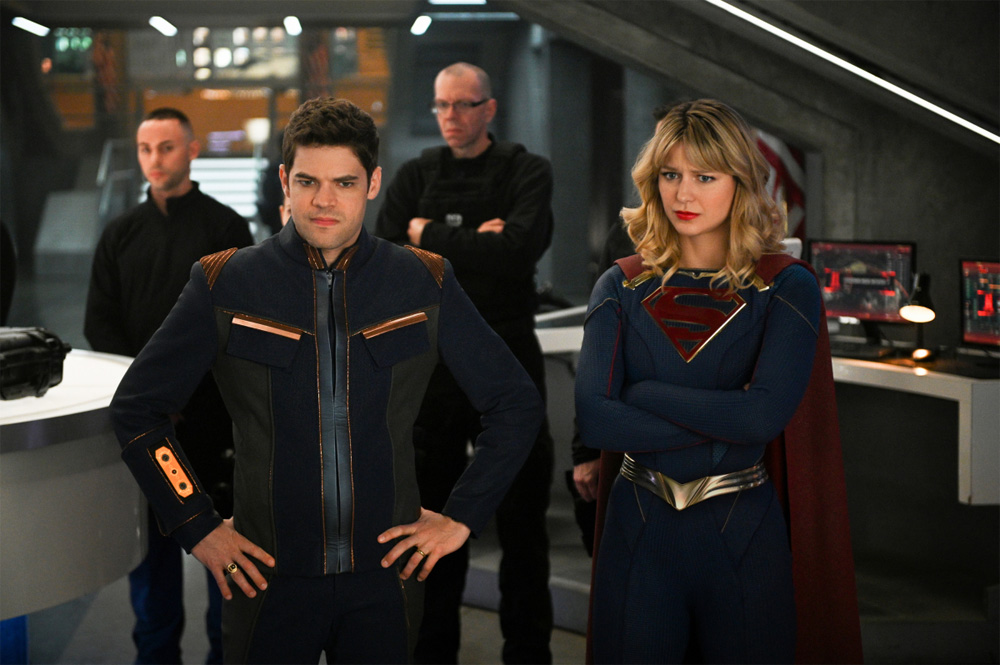 Supergirl‘s back from the future and from a three week break to bring us the concluding part of the older, wiser Winn Schott’s return to the 21st century – and not a moment too soon, because the AI consciousness of his evil counterpart has uploaded itself onto the DEO’s servers.

In facing off this image of what he could’ve become, Winn is confronting his father’s legacy in a much more personal way than ever before, a metaphor that becomes more potent when we learn he’s partly responsible for this virtual poltergeist: he tells Kara that the technology his father used was based on a program he designed as a child to interface directly with video games. It’s pretty apt that we learn Winn’s Legionnaire name is Computer Lad: it’s a couple of words away from Tech Bro, reflecting how much computer developers in the real world, he’s having to deal with the unintended consequences of his work. (After all, no one who created social media ever intended it to become “the greatest propaganda machine in history.”) Winn reclaiming the title of Toyman for the side of good at the end also shows that we can perhaps work to ensure technology becomes a harmless toy once again.

There’s another ghost in the machine, as it turns out the original Toyman’s incomplete AI recreation of himself is still in the program carrying the new one. Winn eventually reluctantly releases this version of his father to help him contain his doppelganger while he purges the DEO’s system. Couple of great ideas at play here: first is the notion the old Toyman finds his successor’s plans beyond the pale for an old supervillain like himself, so he feels he needs to put a stop to it. Second is, Winn’s father doesn’t expect his son to trust him, but he tells him he knows and understands the good he’s done for the wider world, which is greater than any childish supervillain activity he’s done, and is proud of him – I think it’s a terrific bit of nuance that you don’t have to forgive your abuser, but it would still feel great to have that closure of them recognising you’re a better person.

3. Lex is Smooth, But Not Smooth Enough

Lex tells Brainiac he saw all of this happening, and was happy to let the team take care so he could study the deactivated program as a means of attaining immortality (the one advantage Leviathan has over him). Meanwhile, he decides to help Lena’s efforts to convince Andrea Rojas to bring her aboard their augmented reality project by appealing to Rojas’s superior, Gemma Cooper. After gaining the designs for the AI, appointing Brainiac the new DEO director, and getting Cooper to strongarm Rojas into working with Lena, it seems like everything’s coming up Luthor – except we see Cooper telling Margot she only did that because it would make life easier for them. It’s gonna be fun when Supergirl has to save his bacon…

The stunt team did a great job on this episode, between Brainy’s acrobatic dodging of Toyman’s ammo, the Matrix-style wirework when the two Winns faced off, and the brief Inception-esque shot of his father. However, I think it definitely got overshadowed when Brainy decided to distract the hacked Lexosuits by diving under them and yelling, “Leeroy Jenkins!” Gosh the humor on this show can be so corny, but that’s part of its charm I suppose.

So what about Supergirl herself on this Winn-focused episode? For the first time in years it seems she’s pondering the possibility of a relationship again, as she’s growing attracted to William, and why not? He’s a good guy, and good looking too, but Kara feels frustrated, knowing for now she’ll still have to lie about her secret identity – she feels guilty over her falling out with Lena. Thing is, I think she’d known Lena and been through so much more with her (as far back as the Daxamite invasion at least), that it had become quite silly she’d lied to her as long as she did. There’s got to be a happy medium between that and her telling everyone she becomes close to, unfortunately this show’s affection for melodrama means I’m not sure Kara will work it out for a while.

– You ever wonder what happened to the good Alexander Luthor of Earth-3 from the comic book “Crisis”? Did the evil Luthor we’ve known since last season displace him? If so, to where?

– Why do evil AI always have to go for the power armor? First Ultron on Earth’s Mightiest Heroes, now this.

Well, back to regular service next week folks, and a good thing too – it’s the 100th episode and Mister Mxyzptlk is back in town! 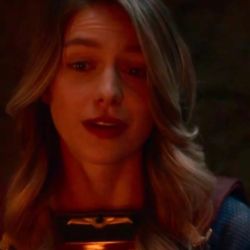 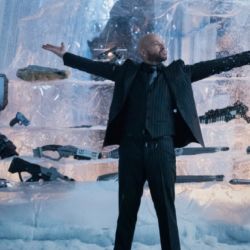 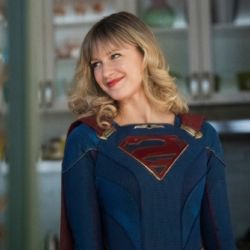