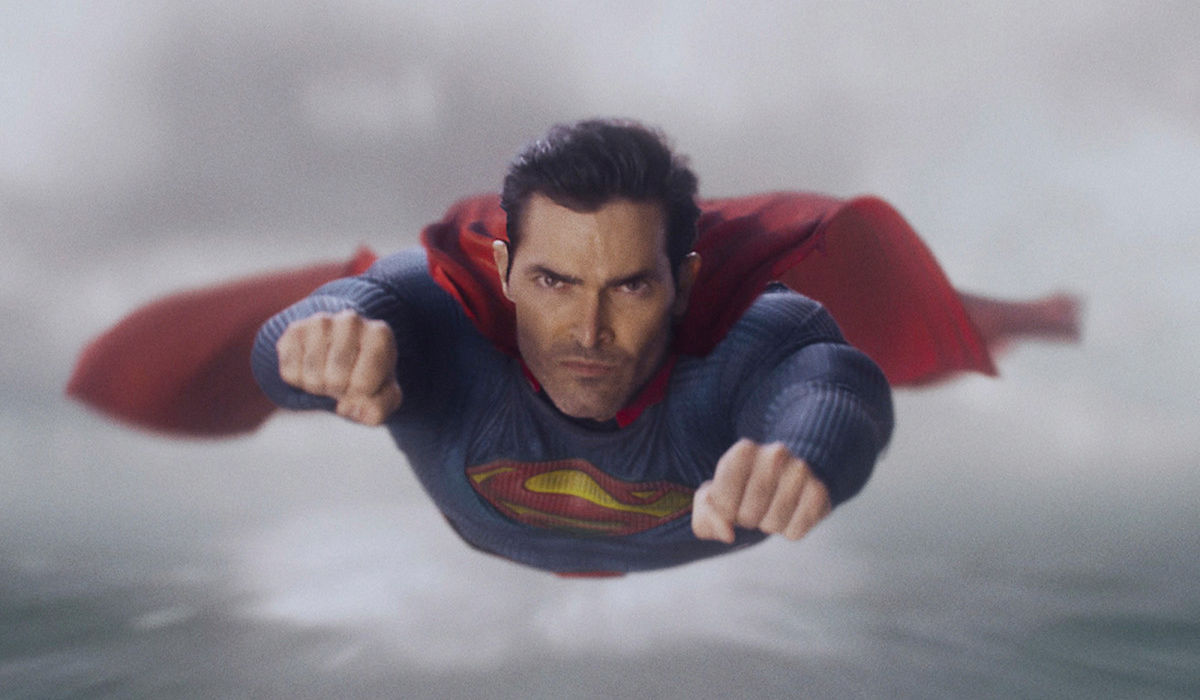 Don’t call it a comeback. Yes, that’s right, you all thought you’d gotten rid of me, but I return to grace the hallowed halls of Multiversity Comics to force you to listen to my opinions on superheroes and why everyone else is wrong and I’m right. As it ever was.

Today, I get to do something I’ve been waiting a long time for: cracking into a new live action Superman adaptation that hopefully won’t leave the bad taste of Randian grimdark in my mouth. Let’s check out the pilot of The CW’s Superman And Lois.

It’s been close to six years since I covered the pilot to (at the time) CBS’s Supergirl, back when DC’s foray into television felt fresh and unique and when the hype of Arrow and The Flash at The CW ushered in what felt like a Golden Age of Superhero Television, and, God, it just feels like a lifetime ago, doesn’t it? Maybe it’s the whole global pandemic thing or watching four years of America being ruled by a fascist dictator who preyed on the most vulnerable people and helped spread fear and misinformation, but things feel like they suck right, don’t they? There’s a real part of me that looks back on 2015 at the me who cried while watching the pilot of Supergirl and who was so elated to see a genuinely uplifting depiction and I want that back. I don’t want to be this old, jaded, cynical asshole anymore and I want to enjoy superheroes again. Because they can be fun! And more than fun, they can be good. They don’t have to be this producer-driven, aesthetic-less gruel pushed out on a production line to feed the masses. Which is why the pilot to Superman And Lois hit me just right this morning.

I haven’t watched any of CW’s DC shows since Supergirl season two, I have no idea what happened in Crisis On Infinite Earths and I certainly don’t care to go back and watch any of those shows, but I don’t really care about that because this pilot rules. It’s genuinely fantastic, a breath of fresh air for me personally, and I can’t wait to see more of it.

This pilot does a hell of a lot to bring the audience up to speed on the current status quo of Clark and Lois, their history and their present in order to showcase that transition into the new status quo going forward. It should feel like it’s running at breakneck speed to catch everyone up, but it doesn’t. Clark’s voiceover taking us through his past, from landing in Smallville to losing his dad to moving to Metropolis and becoming Superman to meeting Lois at the planet to revealing his secret identity to her to marrying her to having kids to those kids now being high schoolers with their own distinct personalities and problems, should feel like the show is frontloading a ton of exposition, but it doesn’t. Hoechlin’s calm, natural delivery feels Clark Kent just sat you down to tell you his tell-all life story. Which works in the show’s favour because this is a Superman who isn’t inherently perfect or even inherently good.

This is a Superman who’s bore the weight of his responsibility his entire life and strived to do good at every turn he can and he managed to make a good family out of that, but it’s hard work and he’s tired. Everything keeps getting harder, the weight on his shoulders keeps getting heavier with each day and he’s on the brink of losing it. One son hates him and the other doesn’t care. He isn’t there for his kids, his wife, his mum or his job. Every part of his life that isn’t Being Superman is hard work that he isn’t ready to admit that he’s been running away from. That’s an angle and the way the show develops that over the course of the hour long pilot is pretty deftly handled, especially for a CW show.

Speaking of being a CW show, when the hell did CW superhero shows look this good? I remember The Flash and Arrow and Supergirl being live action cartoons with gaudy lighting, terrible editing, a shooting schedule that you could tell from the finished product felt rushed and a shoestring budget for visual effects. This looks… this looks good. Sure, it’s stealing all of it’s tricks from Man Of Steel what with the handheld camera and the desaturated colour palette and the incredible amount of bloom on all of the lighting, especially the sunsets on the Kent farm, but let’s face it: that’s why people like Man Of Steel. It looks good. And it’s an aesthetic that works here, way better than trying to sell this writing with your average CW show’s flat aesthetic.

Now, here’s the thing: this is a family drama about Clark and Lois trying to raise two kids and the dramatic tensions therein. This is not a blockbuster action movie. But you know what? They still nailed it when it mattered. Superman saving a nuclear power plant from a meltdown looked spectacular. The lighting, the visual effects, it was all exactly what it needed to be. Hell, I loved the little touch that they really drenched Tyler Hoechlin with water to sell the melting of the massive block of ice. It’s those little moments I appreciate in a show that really knows what it wants to be and isn’t trying to crank out a season as quickly as they can while spending the least amount of money. If they can keep this up, they might be onto something here.

If you tried to sell me on a Superman show where, in the pilot episode, Superman spends most of his time in mourning because his mum just died and he has to grapple with the consequences of his double life as both Superman and Clark and the toll it’s taken on not just him, but his family as well, I’d said… well, if it’s tastefully done then that sounds incredible. And guess what? It is actually pretty incredible. Sure, this entire concept feels like it was lifted wholesale from Dan Jurgens and Lee Week’s “Superman: Lois And Clark” and from Peter Tomasi and Patrick Gleason’s run on “Superman,” but that was intended to be a Rebirth of the character and it worked. Taking the character out of his usual, comfortable trappings of the Daily Planet and the circus of keeping his secret identity safe from Lois and Jimmy and Perry while also going out to fight giant robots and putting him in an uncomfortable position of having to juggle being Superman and a present husband and dad outside of work helped bring new and interesting stories to the fore and this will likely do the same.

I think it’s a genuine stroke of genius not to just carbon copy Jon from the comics and instead split that idea into twins who are both vastly different from each other, but very much their parents’s kids. Jon is driven and personable and athletic and handsome and he’s 100% going to be the star football player of the two most renowned journalists of their time, he has everything. And Jordan is the exact opposite. He’s shy, reclusive and neurotic and he feels so detached from what it means to be human and he’s everything Clark was as a teenager. And Clark can’t help but see it and it kills him that he can’t do anything about it until it all comes to a head and blows up in his face.

And I gotta tell you, I was not expecting <the pilot of this show to have a screaming match argument between Clark and his kids over his secret identity. I have to give them credit for not just resting on the laurels of the brand name and actually creating genuine drama out of character and action, you know, the root of all good stories.

Yeah, I’ll admit, this is where you can tell that this is a CW show. While the main focus of the show is first and foremost on character and familial drama, the main character is still Superman and this is still a superhero show. So there’s gotta be a bad guy with a nefarious plan and a mysterious past and a goofy looking costume. It’s fine, it’s whatever. Sure, he looks a bargain bin Master Chief and, sure, he is barely a footnote in the overall story of the pilot, but he’s a necessary addition and he doesn’t look too goofy, so I’m letting them off with it. We’ll have to wait and see where the show goes with Luthor from here, whether this is Lex or Lionel or someone completely different is still up in the air, but I just have to really hope that as the show moves forward they will keep the familial drama that worked so well here in the forefront and the goofy powersuited bad guys will be nothing more than necessary distractions every so often. 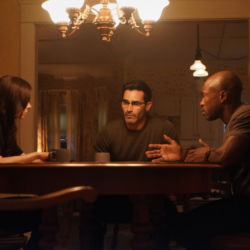 Five Thoughts On Superman & Lois‘s “The Ties That Bind”

Oh, it feels so good to be back. I’ve missed this, I really have. This is what gets me through me week, honestly, looking forward to my next dose of, frankly, Superman stories. This show really does just keep getting better and better as it becomes more and more confident and there is a lot […] 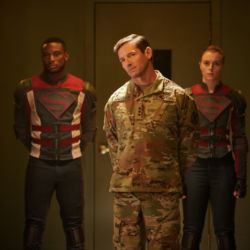 Five Thoughts On Superman & Lois‘s “What Lies Beneath”

Well, been a minute, huh? It’s been nearly half a year since we last saw Smallville and the first season of Superman & Lois wrapped up. While I had planned to do a longform piece on that opening season and how it answered my call for a radical, modern interpretation of the Man Of Steel, […] 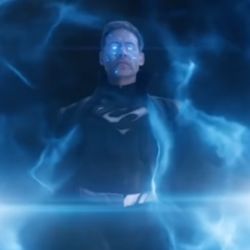 Ten Thoughts on Superman & Lois‘s “The Last Sons Of Krypton”

It’s finally time. After trying to keep up with this show’s bonkers schedule, I’m finally getting to sit down and talk about the season finale of Superman & Lois. There have been ups and there have been downs, but this has honestly been one of my favorite seasons of television in years. With the cliffhanger […]