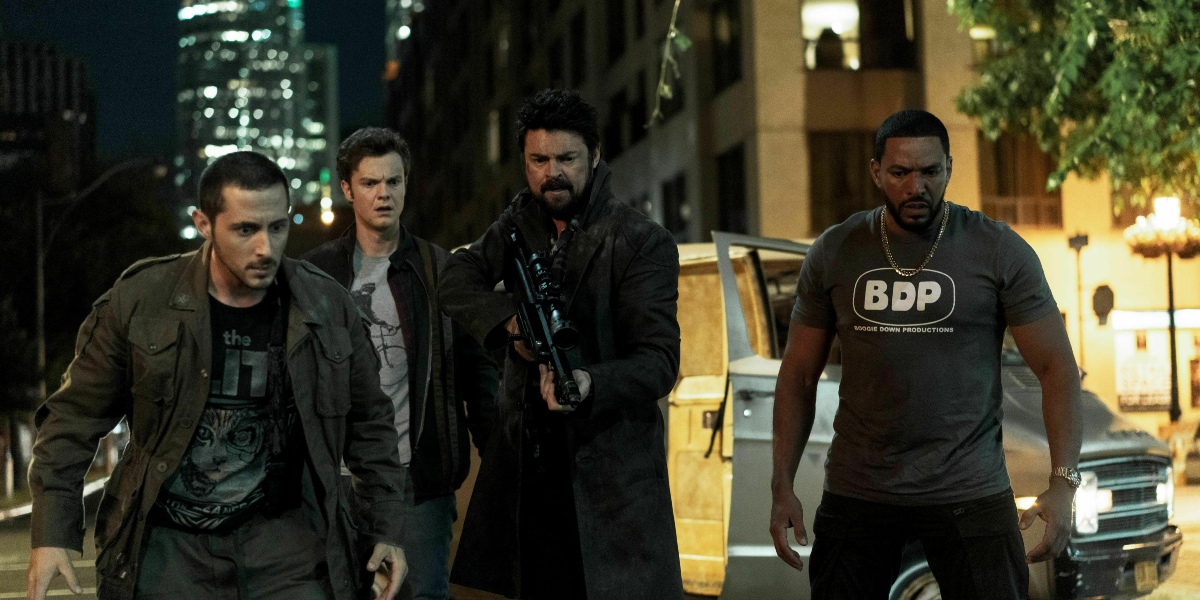 Hi folks! Welcome back to our weekly recap of The Boys. This week’s episode is named “Proper Preparation and Planning” and of course, you gotta read it accompanied with some awesome music featured in the episode from one of my favorite bands, let’s dive right in.

1. What happened at Becca’s house?

Last time I made a list of plot-points to follow trough the season, but one that I forgot to add was that the first season’s finale cliffhanger was left unanswered during the first episode, how the hell did Butcher survive?

Well, we didn’t get the answer here per se, but we did learn what happened, Butcher met his wife and Homelander’s son and then woke up on a restaurant without any knowledge of where he was. It is implied that Homelander left him there, but did he escape on another way?

While we are at it, Homelander did one of the most terrifying things he has done so far: he tried to connect with his son. Yes, on a show where the villain has killed without remorse, the most frightening thing is that he is trying to teach his son that he has powers and he attempts to make the kid more like him, the last thing we need is a sidekick for Homelander.

And Becca, clearly affected by the fact that Homelander is near her, goes to Dr. Park, although we don’t know who he is, it is implied that he is in charge of looking after her, and he tells her that Homelander knows now and Vought won’t antagonize with him, so, they practically left a victim all for herself with her abuser in her own house.

In this episode, while trying to be part of that weird church, The Deep drank some shrooms and had a spiritual journey, where his own gills, began talking to him, voiced by the always great Patton Oswalt in what must be the weirdest role in his career, and that is saying something (he confirmed it!).

I have questioned before the need for a subplot for The Deep, he is a rapist and, at first I thougth that he didn’t deserve his own story, but, so far the writing team has had proven me wrong. You see, I think that in order to get justice, the punishment is not enough, you have to understand and empathize with both the victim and the perpetrator, don’t get me wrong, the Deep should be punished of course, and he is getting what he deserves. What is complementary is understanding why he abuses women, in order to get a fully honest apology and get justice on the reparative side.

Here we discover that The Deep is deeply ashamed of his gills, and he prefers to abuse women before they get even the chance to mock him, and discovering this will allow him to forgive and love himself, and I hope, that will therefore make him a better person, well, it’s that or he becomes part of a weird cult.

After a very boring PR campaign with the girls of the team, because #GirlsGetItDone, A-Train appears and Starlight is heavily affected by this, but not only that, he reveals that he knows she helped Hughie escape and (also) almost kill A-Train.

And when he discovers that she was hiding a vial of Compund V he is about to snitch on her, but she reveals that she knows about how he killed his girlfriend Popclaw and basically makes a deal to prevent their mutually assured death.

It is really hard seeing the moral compass of the show, Annie, become more and more morally ambiguous, discovering what she is capable of in order to make the world better by ending Vought, I wonder if this journey will be worth it at the end.

Now that the Butcher is back, the most important development is that his relationship with Hughie is absolutely broken, the kid is confrontational and questions Billy’s authority over the team, and when they discover that the terrorist that arrived to the US is Kimiko’s brother, Butcher punches Hughie in the face, and warns him not to come between him and Becca.

What is important here is that earlier he kind of expelled Hughie from the team, and both Frenchie and Mother’s Milk stayed with Hughie, they have grown fond of him and believe that there are other ways of doing what they do, Hughie has effectively changed them for the better it seems, he is a balance against Butcher’s tendency to kill, harm and permanently damage.

This one is going to be short, I enjoyed Kimiko’s contrasting relationship with his brother, they have been radicalized in polar ways, while his brother is willing to kill, it seems that Kimiko wants to find a better way: exposing the villains in the story. Let’s wait and see how this develops.

And that’s it for today, overall, another great episode, although slow-paced, there was a lot of tension, whit both hilarious and tender moments and, come on, talking gills, what more do you need from a show?.

What did you think of this episode? Leave your comments below and join us next week for our take on episode 203, “Over the Hill with the Swords of a Thousand Men”. 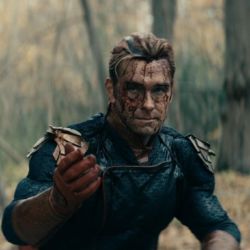 Six Thoughts on The Boys’s “What I Know”

Well, folks, here we are at the season finale of The Boys, and It was an amazing piece of action and an emotional roller coster, seing how it resolved all the threads and set up the next season, maybe “What I Know” will make this show a “classic” in the future.1. The Boys are going […] 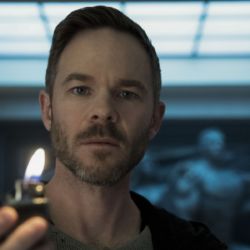 Hi folks! Welcome back to our weekly recap of The Boys. This week’s episode is named “Butcher, Baker, Candlestick Maker” and there’s a fuck-ton of things to talk about, I think the main theme of this episode was radicalization, and either the journey to get radicalized or the already radicalized journey of out characters, so […] 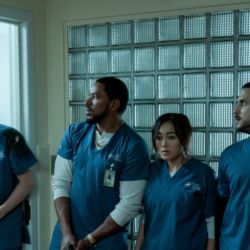 Five Thoughts on The Boys’s “The Bloody Doors Off”

Hi folks! Welcome back to our weekly recap of The Boys. This week’s episode is named “The Bloody Doors Off” and everyone is making plans, Maeve has an idea, the leader of the cult now has two prominent supers, The Boys are trying to unmask Stormfront and she comes clean to Homelander, I didn’t even […]