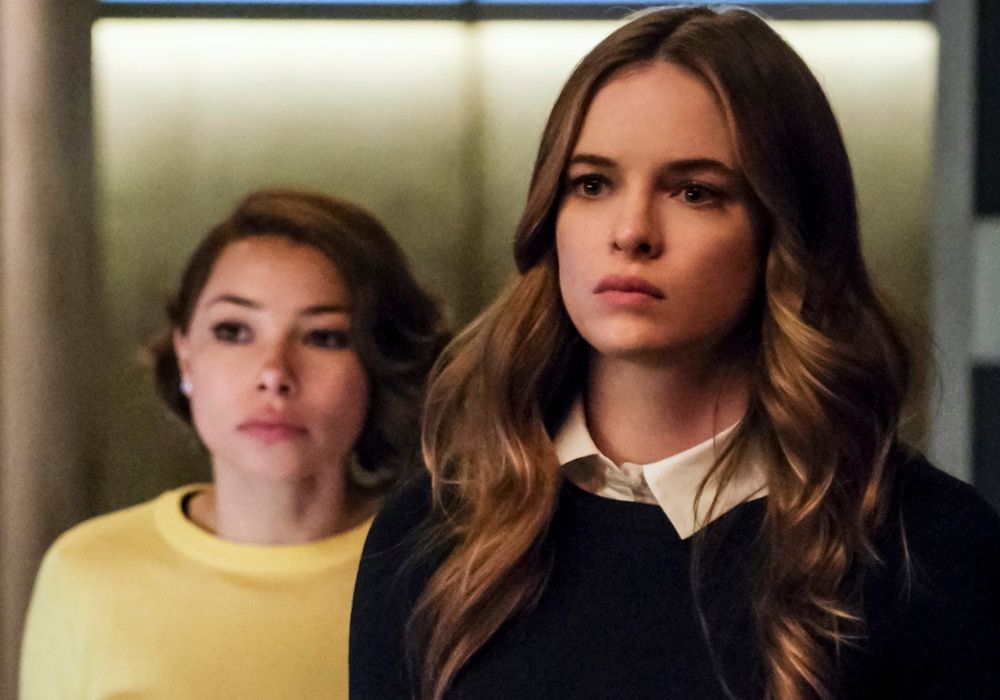 Hi folks! Welcome back to our weekly recap of The Flash. This is it, one of the two most anticipated moments of this season: the final confrontation with Cicada, is Barry going to get lost in the Speed Force? Is Orlin taking the cure? Let’s dive right in.

This episode began with the second most anticipated moment of the season getting closer. Of course, I’m talking about the fruition of Thawne’s plan with Nora. In this first scene we see (this is the first time I’ve noticed it) a countdown clock, waiting for something to happen.

Nora talks to Eobard about catching Cicada, and he tells her that the timeline is changing, he is frustrated because he learned the whole timeline and it seem that he has been predicting every moment, but a change in the timeline could ruin his plans, so, Nora has a mission: defeat Cicada before the permanent change in the timeline… someone else is coming and is a bigger threat.

A big detail that we must talk about is the nickname that he has for Nora, “Little Runner”, it’s not very cute or special, but he does have a special name for her disciple, is this a way to manipulate Flash’s daughter, or does he really feel affection for her?

After a couple of weeks without a meta incident in the city, a new “villain of the week” appears in this episode, Acid Master is an unimportant villain of the sixties, he appeared (according to DC Database) just in “Action Comics” #348 (1967).

I was all in for a meta that was capable of melting stuff, but really, he was just used to advance the plot. Eobard showed Nora a newspaper with the last photo of Flash and Cicada, and there was a chemical burning on the ground.

That only means one thing: today is the day, today, Barry defeats Orlin, and he must find the right words to convince him of voluntarily takin the cure. The “last chance” is wasted when he talks to Cicada about the legacy he is making as a villain, but he doesn’t care about that, so, he punches Barry, and flees from Killer Frost.

Joe is back in action and just in one scene, he managed to do what nobody in the whole season could do: he found Cicada’s partner, and it’s time to go talk to the doctor. He goes with Cecile, whom is thrilled to work with her man, but Joe feels intimidated with his wife’s meta abilities and lets Dr. Ambres go, which angries Cecile.

Then, he talks to Barry and he gives him advice, so, he took the Doc to the precinct to have an interrogation with Cecile, they manage to make her confess an she gives them the address of Orlin’s hideout, Team Flash have another chance to talk to the villain.

Meanwhile, given that this is the day they defeat Orlin, Nora is going to return to her present soon, and while she is obsessed with helping his dad, Iris is left alone with a bucket-list of things to do with her daughter while she is here.

After the constant rejections from her daughter, who is unaware of Iris’ sadness, the mother confronts her daughter, and tells her that she is going to go back to the future and greet her older mother like noting happened, bur Iris is going to be let daughterless, at least for a really long time. At the end, they decide to make time and spend some moments together… if Cicada lets them.

Barry decides to confront Cicada the best way possible, telling him the truth about Gracie’s meta-changes, the difficulties of being a father, and the path to redemption. Orlin, with a lot of distrust and anger, accepts unmasked Barry’s help and they go to S.T.A.R.Labs to proceed with the cure.

All goes according to plan, he is losing his abilities, and the doctor is helping him with his injury, when, suddenly, Cicada attacks! Wait, what? Isn’t him on the operation room?

This Cicada is way more powerful, knocks everybody out, kills Dr. Ambres and takes Orlin with them. This plot twist changes everything: there’s a new, more powerful Cicada that they have to deal with, Eobard and Nora’s plan is fucked, and Team Flash has to recover and prepare for the new threat.

The cliffhanger scene reveals the identity of the newest Cicada, and although you could tell by her complexion, the surprise is big: little Gracie woke up and now she is all grown up, ready to protect his uncle and get rid of every meta. Damn! This just keeps getting better and better!

And that’s it for this episode, overall, I’m beyond happy with this season, they just keep making plot twists and I have no clue of how this season is going to end. What did you think of this episode? Leave your comments below and join us next week for our take on episode 517, “Time Bomb”, where it seems that Nora’s treason is revealed! 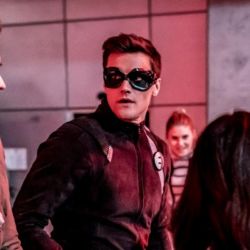 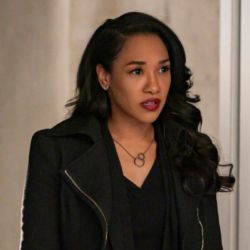 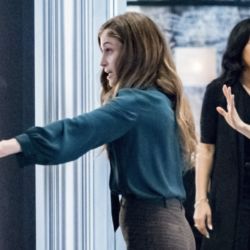