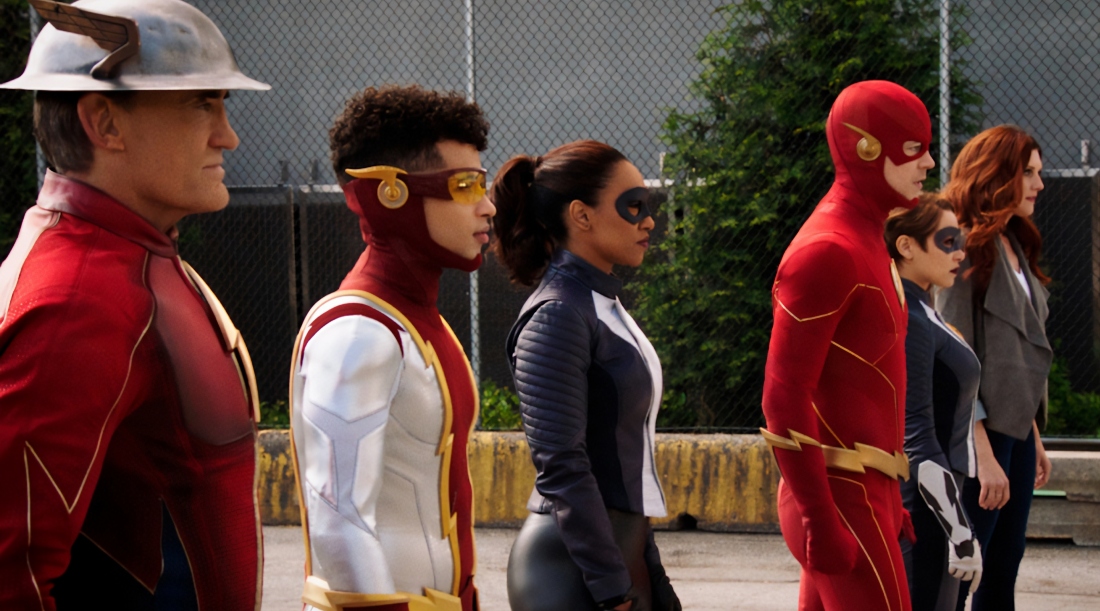 Hi folks! Welcome back to our weekly recap of The Flash. This this is it, this episode, “Heart of the Matter, Part 2” is the season finale and it was a very satisfying conclusion to this year’s chaotic schedule, Let’s dive right in!

This episode, and the COVID- affected season as a whole, was understandably fast-paced, everything moved very quickly, and showrunner Eric Wallace along with his team had to adapt to the difficult conditions that the virus caused.

In an interview with TVLine, Wallace said that one of the most difficult challenges of the season was having to cut it short; not only was the season reduced to 18 episodes, but they also had to conclude last year’s storyline with Mirror Mistress.

So, in effectively 15 episodes they had to deliver not one but two story-arcs (with the graphic novel format plus an interlude), all of which is normally developed in 22 episodes with a more packed format. That said, I enjoyed this “abridged” season, a little bit closer to what the streaming services are doing with their shows, shorter episodes focusing on more quality.

One could argue that this last episode resolved the arcs of most of the characters very abruptly, the good news is that I think they were all ended in a satisfactory way, as we will see next; also, it opens the opportunity to focus on new stories for the eighth season, and speaking of it…

As I have been saying for a while, The Flash could end already and there would not be a very big conflict, at the end of the day The CW is now focusing on new Arrowverse projects such as Stargirl, Batwoman and Superman & Lois.

I think one of the problems that critical fans mentioned the most about this season, was that it was very convoluted, with many stories happening at the same time and being resolved in a bit of a rush. Hopefully, next year we will see all of our characters explored with a little bit more of time, there are already stories to be explored, like Iris’ sickness, and Chester and Allegra’s potential relationship.

I think that this eighth season should be the last, Eric Wallace teased the biggest villain for Flash next year and I think it would be a good way to close the story of the show, sending off our heroes on a happy final note.

And let me be clear: I loved this season, and I am on board and ready to enjoy the eighth… but I do consider that, at some point it has to end, right?

Now let’s talk about the episode.

3. I always love an over-the-top villain

While the Godspeeds destroy the city, Barry is inside the mind of August Heart, trying to negotiate with him to save his children, what the villain wants is to be able to access the organic speed force to, in his words, take his due position as the god of speed.

I have told you many times that I feel that Godspeed is not being used very well on the show, but now I have to tell you, I loved Karan Overoi’s performance, he was all kinds of wacky, and although his plan was a little bit implausible (you planned that outcome?), his performance was excellent both as the speedster and as the human being, the only thing that I lament is that we probably won’t be seeing much of him anytime soon.

Then, when Barry awakens, he weighs all the options with the intention of avoiding the creation of Godspeed on the first place, and thus keeping his children safe. His strategy is to fight all the clones and defeat them, for this he enlists all the speedsters at his disposal, including Jay Garrick, XS, Impulse, the Speed Force itself and even Iris. I was literally screaming, just exhilarated to see the whole family kicking ass, unfortunately, the clones manage to recharge, but they are saved by Allegra with Chester’s device.

Both Nora and Bart suggest that they do what Godspeed wants and give him access to the organic Speed Force, Barry is at first wary about this idea, because that would mean that the villain can be free, but at the end he chooses to listen his children and tries the next plan, I called it plan E, you know, for “Eobard.”

5. Would you recruit your arch-nemesis?

That’s right, they yada-yada-it a little bit, but the Speed Force/Nora, with the help from Iris, manages to bring back Eobard Thawne, Barry’s archnemesis, then, we have something new on this show: a sword battle! Or is it lightingsaber?

Well, Thawne almost kills August, but at least he is defeated at last. Then, we seem to be about to have another fight between Barry and Reverse Flash, but our hero has been training, and he is absolutely faster than Thawne, so he escapes, but that is a problem for the future Flash.

As wee saw last week, Allegra was deeply affected by her cousin’s death, and Esperanza blaming her didn’t help. But Chester put some sense into her, and convinced her of the facts, Ultraviolet went looking for war and sadly that killed her, but it is not Allegra’s fault, her cousin chose that path, while she chose to be a hero with Team Flash.

And just like that, Allegra gives Chester a big hug and she is ready to fight again, as a hero.

The other storyline that was solved rather quickly was Kramer’s story, last week she and Joe were caught on a fight of Godspeeds and here, when Joe is about to be killed, Kramer runs like a speedster and saves him, wait what! Is she a speedster?

Well, yes and no, she is a Meta indeed, but she can mimic the power of the closest meta to her. That makes her reflect on her actions and apologizes to Joe, so they end up in good terms.

And that’s it, all the biggest storylines are properly closed and Team Flash can be happy again. Kickstarting this new era, Barry asks Iris to renew their vows, and they have a wedding at Joe’s house, plus, Bart sang a beautiful song from Jonah Mutono.

And that’s it for this season, closing on a happy ending and no storyline left open. Overall, I did enjoy this season a lot, it had its problems of course, for example, I started disliking the other Forces story but at the end I liked it; I am happy with this year of stories and I’m all in for next season.

What did you think of this episode? Leave your comments below and join us November 16th for the eighth season’s premiere, that’s right, there’s already a date for it and it will start with a 5-part “crossover-like” story arc.

Meanwhile, I’m still talking about Archer on our 2021 Summer TV binge, and this Friday come back for my Five Thoughts on Masters of the Universe: Revelation! 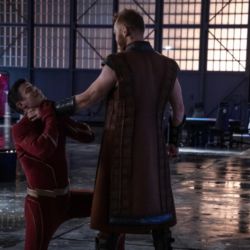 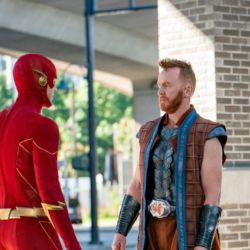 Hi folks! Welcome back to our weekly recap of The Flash. This this is the second part of the “Armageddon” storyline, this episode works as a Psychological Thriller and, to be honest, it might be the best one in years, I mean, I love this show, and almost every episode is great, but this one […] 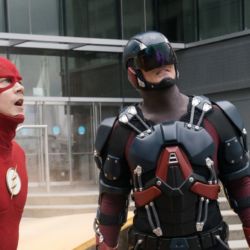 Hi folks! Welcome back to our weekly recap of The Flash. It’s been a couple of months since we last met but the eighth season is finally here, and thanks to the readjustments made due to the pandemic, the first five episodes (a.k.a. this season’s first “graphic novel”) will be sort of a crossover event, […]