I’m not sure if this is my perception, or the perception at large, but The Mandalorian did not seem like a huge deal when it was announced. I expected an interesting, though pretty low-priority show on Disney+, one that wouldn’t really move the Star Wars needle all that much.

I was 100% wrong. Strap in folks, and be warned that spoilers live here.

When the Mandalorian emerged from his ship with Yodel in tow, he just left Yodel’s crib wide open. Dude, you’ve got a fucking Yoda in there, cover that shit up! I couldn’t believe how cavalier he was with it, but that probably harkens back to the fact that he has no idea what Yodel is.

The Client and Dr. Pershing seemed both surprised and relieved at having Yodel back in their grasp, and while their dynamic may have been hinted at in the first episode, here it became very, very clear just how their relationship works. Pershing seems legitimate in his desire to save Yodel’s life, but we are not really sure why. While we have seen a little bit of the Mando’s compassion in the past, this is the first time we’ve seen him do anything that resembles charity or acting against his own self-interests.

2. So much Mandalore lore

This episode is the first of the batch where I would say that prior viewing of The Clone Wars and/or Rebels would be extremely helpful in your understanding of what is on the screen. While there are no exact references back to older episodes, there is a lot here where having some sense of who the Mandalorians are, and what their history is, would be illuminating. But, essentially, our Mando is not a lone agent, or even part of a small enclave; he is part of the Mandalorians that survived. There’s a lot of information doled out in that one scene, right before his new armor gets smelted.

When this show was first announced, a focus on the bounty hunting aspect of the show was present, and this is the first episode that felt like it was as chock full of scum as I thought the whole series would be. The showdown in the street, with Carl “Greef Karga” Weathers staring down the Mandalorian, felt very much like the logical conclusion for the series, but it happened 1/3 of the way into it. One of the things I love about this show so far is the inability to guess what exactly is going to happen next, because the show keeps moving its goal posts. I don’t mean that as a negative at all; on this week’s Force Ghost Coast to Coast, I said something like “I don’t know where they are going next, but it isn’t back to Herzog,” and then bang, there they are, back with Herzog. Mid-way through this episode, I thought “well, the Mando is not just on the run from the bounty hunters/remnants of the empire, but also from his fellow Mandalorians, but then, wham, they come out in full force to support him.

I have no idea what this show really is, and I love that.

We know that George Lucas was very much inspired by the serials he grew up watching, specifically the Commander Cody serials. Lucas was so enamored with them that one of the major characters in The Clone Wars is named after it. Here, when we see a Mandalorian flying along side the ship and saluting him, it felt absolutely apiece with those classic serials. It is nice to see that, even after Lucas has been gone for nearly a decade, Star Wars continues to look to his inspiration.

Also, in terms of visual interpretation and inspiration, I’m not sure if the directors’ hands are really tied with these episodes, or if so much of the visual language of the series is baked into things like set design, that the direction looks more uniform than we’d come to expect. Episodic television certainly has room for variance within a series, but often times only really bold moves are readily acknowledged (like Rian Johnson’s famous “Fly” episode of Breaking Bad). So far, Dave Filoni, Rick Famuyiwa, and Deborah Chow have all presented very similar-looking episodes. I’m sure on subsequent viewings, it’ll seem less uniform, but I am torn between saluting their synchronicity and lamenting the lack of personalization. That may be my one complaint with the series thus far.

We know that the Mandlorians are moving their location (“This is the way”), we know that Greef Karga survived, we know that the Client still wants Yodel back, and we know that folks can (presumably) still trace Yodel as well. Is this going to be a space race? Because that seems almost impossible for the Mando to win. Will he try to find a friendly place that will have his back? I honestly have no idea; I know less about episode 4 than I did about episode 1, and I knew almost nothing going in. You’ve got to love it. 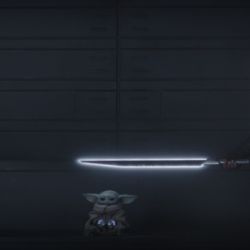 Five Thoughts on The Mandalorian‘s “Chapter 16: The Rescue”

I cannot stress enough how many spoilers follow. Please, please, for the love of the Force, stop reading this unless you’ve finished watching “Chapter 16: The Rescue,” including the post-credits sequence. To ensure no one accidentally sees a spoiler, you can find my review underneath the lyrics to the Life Day song, “A Time to […] 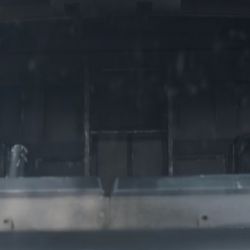 Five Thoughts on The Mandalorian‘s “Chapter 15: The Believer”

As we move into the endgame of The Mandalorian season 2, “The Believer” pumps the brakes on the action a bit, but does a ton of character work along the way, paving the way for a big finale next week. 1. The return of MayfeldOne of the more interesting casting decisions of season 1 was […] 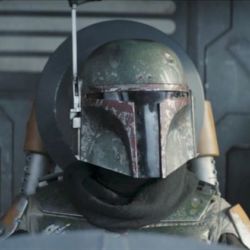 Five Thoughts on The Mandalorian‘s “Chapter 14: The Tragedy”

After last week’s return to The Clone Wars, we return to the Original Trilogy, as well as the first season of this show, for “The Tragedy.” Major, major spoilers follow. 1. Bounty Hunters, and the Fantabulous Emancipation of One Boba FettWhen I was a wee lad in the 1980s, Boba Fett was regarded as one […]