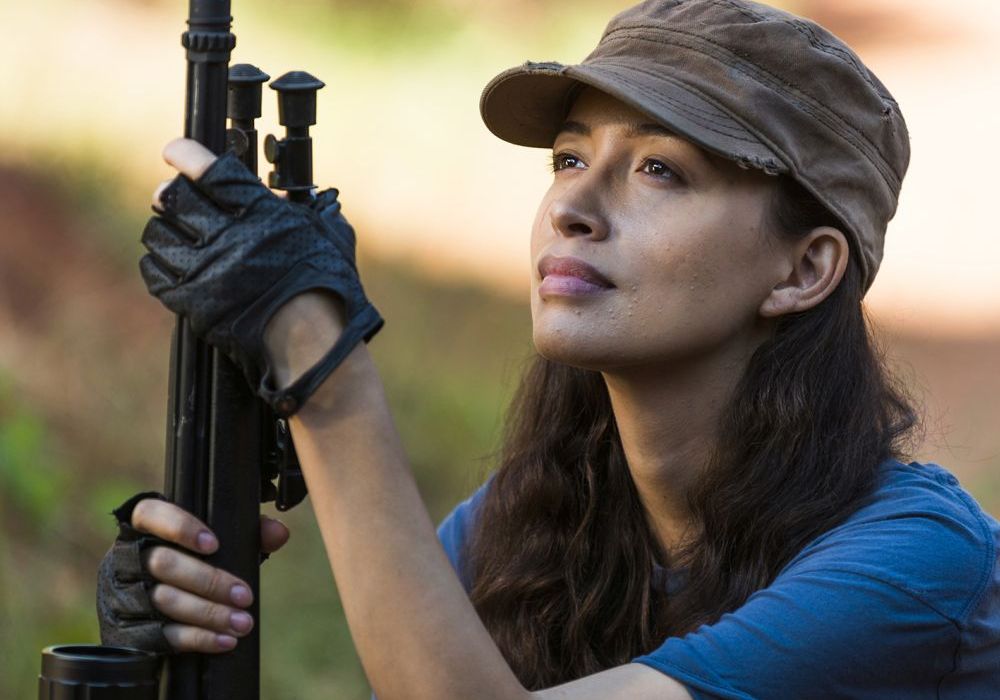 Though Rosita episodes of The Walking Dead tend to be rather disappointing, “The Other Side” seems to be more tolerable than most.

The beginnings of the episode show yet another Savior raid, although this time it is also for Daryl Dixon. These are admittedly getting rather dull, as they always tend to turn out the same way. Some important gear (especially weaponry) is taken away, insulting barbs are traded. Hopefully we won’t see this much more, as much as Simon’s character is amusing.

Enid seems to actually become a pretty competent warrior, with her skill with knife throwing outpacing that of Maggie (albeit with a longer setup time). As such, her loss of her knife seems to have made that scene relatively irrelevant.

Daryl seems to finally be breaking out of his self-loathing shell in this episode, albeit in hiding. The Saviors have come to take him away, but he is good enough at hiding to stay out, and Maggie actually seems pretty capable of keeping out of trouble (and is barely showing her pregnancy at all, as per usual). His heartbreaking apology to Maggie about his role in Glenn’s death, and her refusal to accept him at fault, seems to be a relatively minor turning point in his character.

2. Paging Doctor Carson (The Other One)

With his brother Emmett dead, Harlan Carson has been transferred to the Sanctuary for the foreseeable future. He doesn’t seem to really react much to the revelation of the death, so how much he actually cares about his brother remains to be seen. He seems more concerned with his patients.

The crate of aspirin, while somewhat helpful, is definitely not any kind of replacement for an actual doctor. If anything, the “trade” seems to be little more than an insult.

3. Furthering the Depravity of Gregory

Simon’s offer to take care of a possible coup seems to have given Gregory a body part he has been lacking thus far: a spine. He seems willing to threaten Jesus, but only so far as to insinuate they are not friends (which was blatantly obvious since the moment they appeared together on screen). Will his cowardice fully transfer into betraying his people? Only time will tell, but the fact that he is deliberately splitting up people to prevent problems for himself tend to lead toward the idea of him being more afraid than he is confident.

While the entire idea of Sasha and Rosita’s two-woman mission to kill Negan seemed completely idiotic from the outset, at least it finished relatively quickly. Rosita seems to have developed something of an actual brain again, no longer blaming Sasha for everything and actually being willing to help her out. That said, the amount of “Rosita is so good at things” that went into this episode was extremely heavy handed, to the point that Sasha’s fate at the end of the episode was practically spelled out beforehand. Regardless of the fact that we finally know why Rosita would know things like bomb disposal a few episodes back, the entire scenario made Sasha seem completely useless, when she did not seem that way before. In the process, her end did not seem to be a spark for war, but a fizzling out that wasn’t even shown on screen.

The reaction to Eugene was rather justified. His decision to side with the Saviors would anger the women, and it is actually surprising that they did not shoot him first to prevent him going for help, even if it would make noise.

When Rosita was exiting the complex, she did see someone in the shadows. Was that Dwight? The weapon he had over his shoulder appeared to be a crossbow, and he still had Daryl’s former crossbow. Is this the signal of his true turn to the side of the Alexandria-Hilltop-Kingdom alliance? 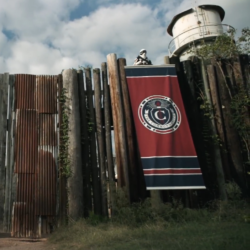 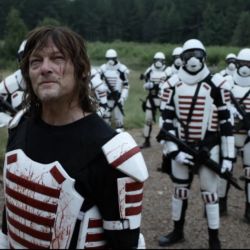 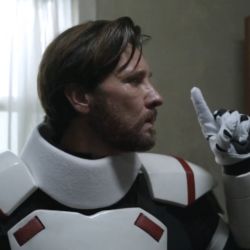