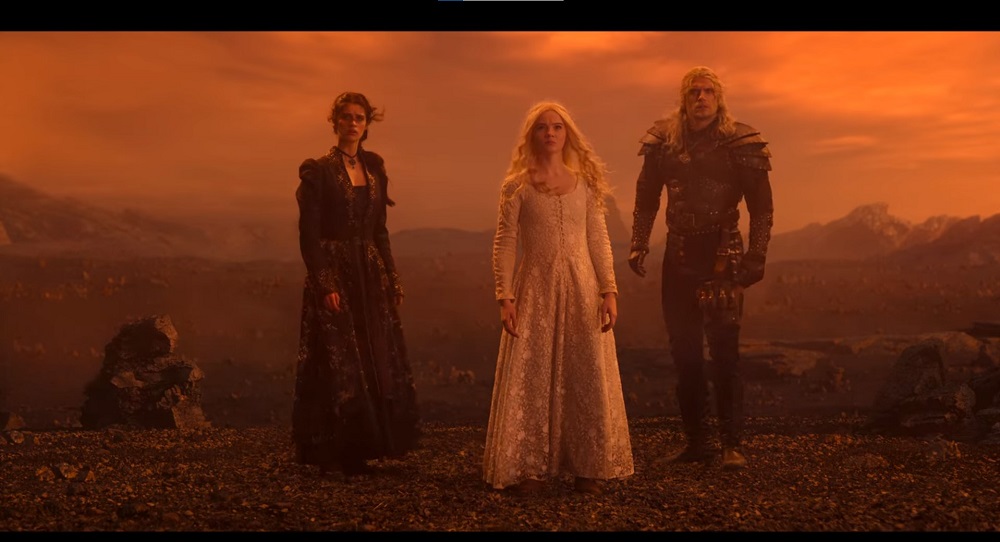 Good morrow, peasants, and welcome to our review of the season two finale of Netflix’s epic fantasy series The Witcher, in which rivals take revenge, friends bestow forgiveness, and betrayers find redemption. If you’re craving some adorable heartfelt cheese with a side of spectacular magical violence, you’ve come to the right place. Otherwise, go back to Game of Thrones, you cynical basic bitch. Heavy spoilers ahead, so make a potion like a witch, and scream your possessed body to another dimension like THE witch, here are five thoughts on The Witcher season two, episode eight: “Family.”

Francesca, believing (falsely) that King Vizimir is responsible for killing her baby, leads a group of nervous followers to magically murder a bunch of human babies. She says later that she doesn’t want revenge; she wants justice, but her actions betray a misunderstanding of that nuance. Voleth Meir takes revenge on the Witchers for imprisoning her by possessing Ciri and murdering most of the few remaining Witchers at Kaer Morhen. Vesemir attempts to murder the possessed Ciri to avenge Voleth Meir’s vengeance, (I believe the scientific terms is re-revenge), but Geralt stops him. In all cases, revenge is not the answer the vengeful think it is. Francesca’s blood lust remains unquenched, and she’s still working for the man who actually killed her baby (more on that wild twist later). By escalating violence with the North, she’s only endangered herself and her other loved ones. Voleth Meir… escapes and gets exactly what she wanted. Okay, so revenge actually did work out pretty well for her, but she had to leave behind her very cool hut, so there’s that.

Though Jaskier and Geralt parted on tense terms last season, all is forgiven without the need for a real apology or redemptive act. Forgiveness isn’t always something that has to be earned. Geralt didn’t need to earn Jaskier’s forgiveness; Jaskier felt he needed to give Geralt forgiveness because their friendship is worth so much. Aw! It took some time, but Vesemir forgives Geralt for slaying the leshen that possessed Eskel all those episodes ago, and Geralt forgives Vesemir for trying to kill the Voleth-Meir possessed Ciri (interestingly lots of possessing in this show). Fringilla and Cahir are both willing to forgive each other for even more horrific transgressions, not because of love, but because of a mutual coldly calculated lust for power. It doesn’t work out for them in the end, but going forward it will be compelling to see them work together instead of against each other.

Sometimes forgiveness does need to be earned, and such is the case with Yennefer of Vengerburg. She is prepared to sacrifice her life to save Ciri and the Witchers, and thankfully doesn’t have to, but the gesture is appreciated. Geralt sees how helpful and meaningful it will be for Ciri to have a magical mentor, and how significant it will be for Yen to have a young protege. Geralt isn’t ready to fall back in love with Yen yet, but given time… well, it’s destiny. More important than Geralt needing Yen to redeem herself, is that Yen needed to redeem herself. She has always put her own lust of power first (lots of power lusting in this show too). Helping Ciri to “control her chaos” has opened up a new path for Yen, to feel powerful by sharing her power with someone else. Aw!

Some people think the whole world revolves around them, but unless they’re Princess Cirilla Fiona Elen Riannon the Lion Cub of Cintra, they’re wrong. By now every major player knows who Ciri is and is preparing to use her for their personal gain. All the political intrigue this season felt like the backdrop to the more complicated interpersonal drama, but the finale makes it clear that this was a season of set-ups. Next season promises an epic showdown between Redania, Nilfgaard, the Brotherhood, and the Elves, each shifting alliances to either kill or kidnap Ciri. Witchers are supposed to stay neutral in politics, but that will certainly be impossible since Ciri is one of them now. Ciri is very powerful, and she represents power conceptually. Whoever controls her is perceived as powerful, and that’s all that power is.

There’s a time and place for subtlety, and The Witcher is not that time or place, nor should it be. As the episode title suggests, this show is really about family, both related and found. Geralt is like a father to Ciri. Vesemir is like a father to Geralt. Yennefer could be like a mother to Ciri. Jaskier has major little brother vibes. The Witcher School of the Wolf is a family. Aretuza is like a sisterhood, and the Brotherhood is like… you get it. In a big exciting twist, it turns out the Emperor of Nilfgaard is actually Ciri’s long lost and presumed deceased biological father. Though Ciri’s possessed hallucinations indicate she loves him and would dearly love to reconnect with him, it’s hard to imagine her squaring that with his many atrocities, among them killing Francesca’s baby and his own mother-in-law, Ciri’s beloved grandmother Queen Calanthe. Ciri’s magical ancestry (on her mother’s side) is the source of her power, and the reason she is hunted by almost literally everyone. Still, it was the power of not-actually-related familial love that helped Geralt and Yen save her from Voleth Meir. Biological ties are important and powerful, but not as powerful as family, which is defined by love, not by blood. Aw!

The Witcher‘s second season is very different from the first, straying from the classic monster-of-the-week structure to tell a continuously unfolding plot of love and politics. Still, it maintains the first season’s unique vibe, providing a refreshing respite from cynicism, and a still too rarely seen female gaze. It even gives us not just one, but two new Jaskier bangers. It’s hard to top “Toss a Coin,” but “Burn Butcher Burn” slaps. Until next time, peasants, good luck on the path. 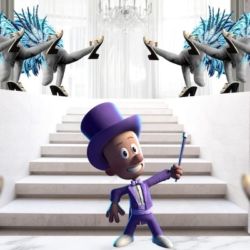 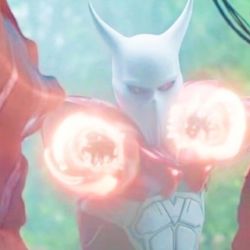 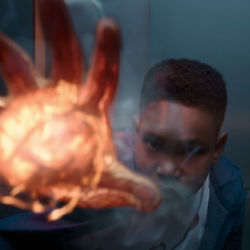