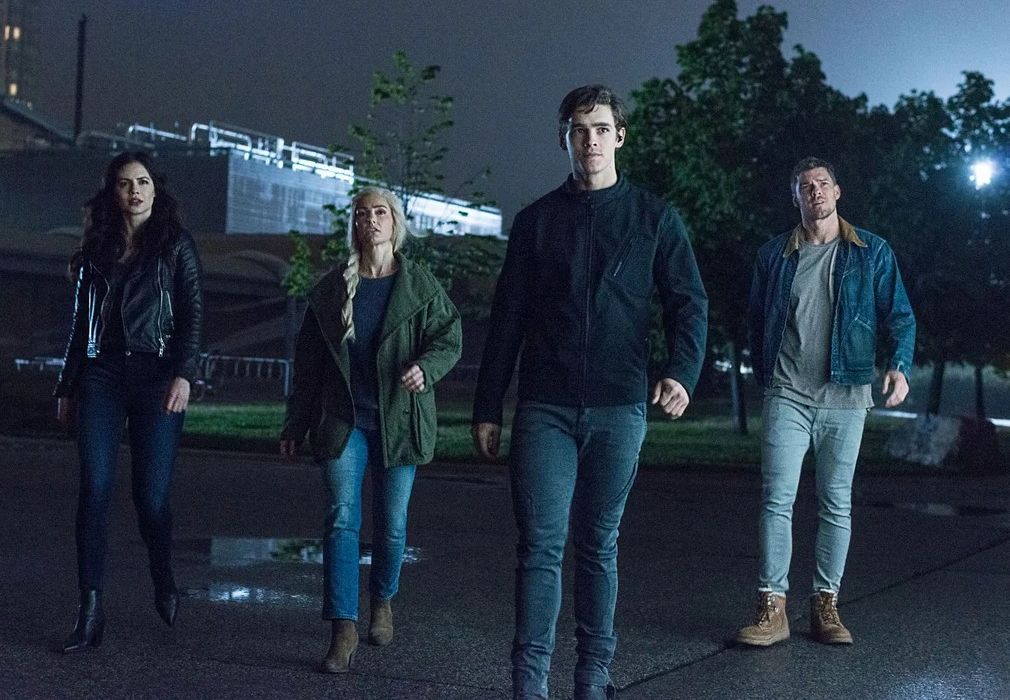 Welcome back to another week of Titans coverage with “Ghosts”! In this episode the old Titans come back to their roots to bring the fight to Dr. Light while Kory deals with being caught between her old home and her new one and Jason Todd works on reminding people why they voted for him to die in the 80s! Let’s get into the episode and beware spoilers ahead!

1. You can never go home again.

The original Titans (Hank, Dawn, and Donna) have returned to the Tower to go on the offense on their old foe Dr. Light. This reunion is anything but warm. Years ago Deathstroke shook these Titans to the core and left the tower with more ghosts than a haunted house at a Halloween carnival. (My guess is Aqualad, who looks like he’s only in one episode from trailers and episode lists, was killed by our pal Slade. RIP Garth.) This information makes the revelation that Rose Wilson, daughter of Deathstroke, is chilling in the other room one of contention between Dick and the old Titans.

Each Titan has their issues with being back. Hank and Dawn’s story of trying to get out of the life and dealing with Hank’s addiction continues. The tower seems like a bar for a recovering alcoholic for these two. I still really appreciate how thoughtful the show is about Hank’s addictions. I know Roy Harper was name-dropped by Donna last episode but I’d be curious if we could see him appear in Hank’s story in the future as THE face of superheroes with addictions. Donna brings up her frustrations to Dick directly for even reopening the Tower confronting him about the history with Deathstroke and what he wants the kids to deal with and who is he even to stand up to threats. That last bit sounds like it will lead up to something that has been hinted at in a few set pictures. Dicks adoption of his new identity… Camp Counselor Grayson. Nah I’m messin w/ ya its Nightwing.

I shouldn’t have been surprised that Deathstroke broke Dr. Light out, but I was. Sue me! That being said we see them as this weird team and I really enjoyed it. The scene of Light in Slade’s nice house was really well done. Light just seems like a garbage man while Slade seems like a full-on sociopath. Light chugging a beer while Slade talks about “culling” the weakest Titans really sells this version of Deathstroke. That being said, I think this scene could have maybe been dropped in favor of Deathstroke’s reveal in the final moments of the episode. But that reveal also played the suspense of knowing Jason and Gar were going in over their heads so there it really is an interesting balance.

I really admire how this show captures Jason Todd. Yes, he is a scamp, but he is also kind of a shitty kid. Jason really is putting himself at odds with most everyone in the tower. He calls Rachel a freak, he picks a fight with Dick and he takes Gar into a dangerous situation against his wishes. He was a jerk this episode but his fight with Light was excellent. His fighting style has such a specific style that’s just the brutality of an angry kid who could do moves Batman could do. He’s the worst but its so true to what Jason was in the comics which brings me to my assumption that he will die. My hope is the rebirth of the telephone that sealed his fate in the comics many years ago. It’s far fetched but I would love it. Another friend of mine has a theory that he will be the Terra (of the Judas Contract) of this group of Titans given how much a dark streak for him is teased and he will probably die one way or another eventually.

Kory doesn’t disappear from the story like I was worried which is amazing. I was pleasantly surprised by how much I enjoyed this subplot. Faddei, Kori’s Royal guard and ex-lover, was such a fun foil to Kori. He was really able to match Anna Diop’s charisma and “Ghosts” managed to fit in a lot of natural world-building about Tamaran in their scenes together. We also got to see the dilemma tearing Kori between two worlds, which is drawn home by Rachel calling Kori which cements her place here on Earth. We also get a great Donna and Kori phone call which I will always love. Also! Blackfire namedrop! So many characters!

Speaking of Rachel, her storyline seemingly wasn’t ended so cut and dry in the premiere this season. She lashes out at Jason and nearly kills him. In her call to Kori later in the episode she describes the feeling as something different. I am really curious how this will be different that her arc in the first season. Trigon has a constant quest at getting to Raven in the comics but after devoting all of season one to that plot, I have to think they won’t do exactly that with this plotline. I did think Rachel’s dealings with her dad gave her a really good moment with Rose, who also got a good amount of screentime this episode. It’s good that they could bond over their shared bad dads and Rachel feels like Rose’s first genuine connection with the Titans and I really want to see her get to interact with the kids more.

Unfortunately, there were no new wigs to report this week, but “Ghosts” was another really good episode in this season of Titans. This DC Universe continues to be one I’m excited to revisit every week and I keep getting more and more invested with all of these characters. As always, eager to see next weeks entry. Tune in here for more thoughts! 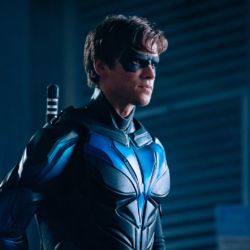 Oh god. The time has come for our final piece of coverage for Titans Season Two with “Nightwing.” Remember last week where I left you all on that cliffhanger of whether or not the show would be able to stick the landing? Hahaha hoo boy THEY DON’T! Let’s go through it together and beware spoilers […] 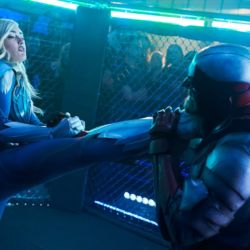 Welcome back once again for the surprisingly penultimate episode of Titans Season 2, “Faux Hawk.” This episode objectively wasn’t the best but it was weirdly charming so I will refrain from bullying it as much as I have but I fully expect my lunch money, next week Titans! Do you hear me?! Anyway let’s get […] 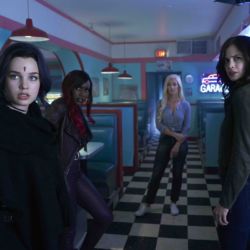 *sigh…* Welcome back to Titans a show that makes me look forward to Watchmen! This week we are covering “E.L._.O”, a title purely made to frustrate me by typing it over and over. This week we see the Titans, slowly, mysteriously reunite and Dick Grayson discovers a big twist! Also Jason and Rose are GROSS! […]