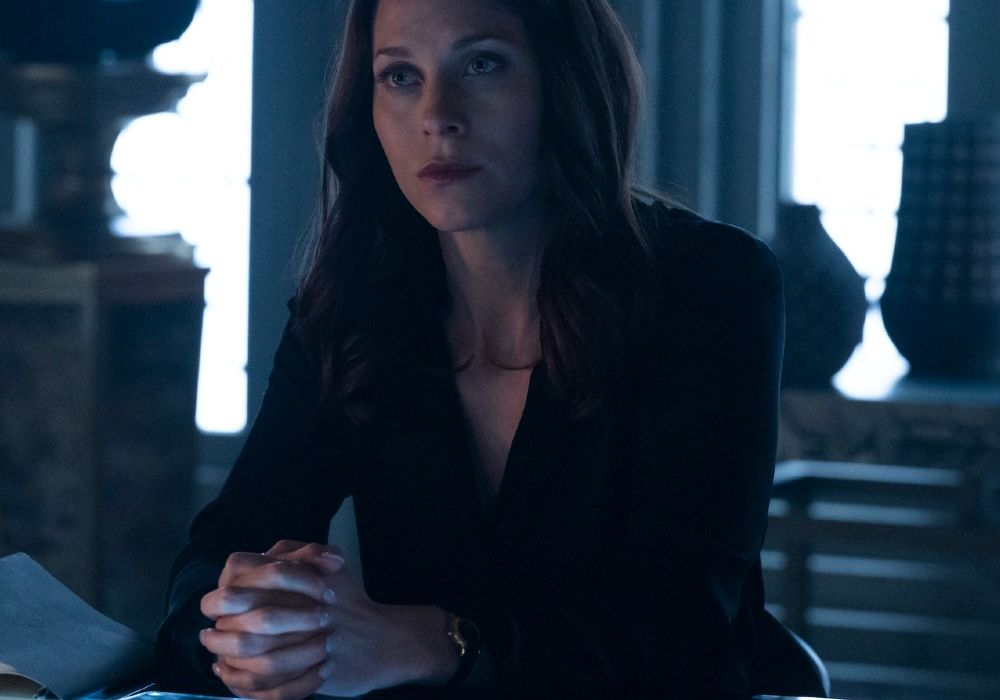 Titans enters the middle stretch of its third season as Lady Vic comes to town. That awkward middle phase means not a whole lot happens and yet some very important things do occur. “Lady Vic” continues the overall upwards trajectory of the show’s quality even as it exposes some structural shortcomings.

With “Lady Vic” the third season of Titans has entered the messy middle period of the season. Overall, as an episode “Vic” was fine with its truncated look at the complicated relationship between Dick Grayson and Barbara Gordon. Being stuck in the messy middle is a necessary, if rough, liminal space for character arcs as characters begin to give into their poor tendencies despite allusions to a potential better way. From plot perspective Scarecrow’s machinations amorphously build in the background as tensions rise between him and Jason Todd. Table setting episodes like “Lady Vic” are rarely the most memorable, it displays a competency that past episodes like “Together” or “Fallen” didn’t. However, it lacks a thematic motif that ties the episode together and make it into something more. Early episodes of a Game of Thrones season, often used to move characters around the bored, still managed some connective theme or motif that made the episode fulfilling. Without that connective tissues, “Lady Vic” just reads as messy. It provides plenty of things audiences would want to see, the history of Dick and Barbara, Barabara in action, etc. Those crowd-pleasing moments in retrospect read more as calorie rich instead of nutrient dense storytelling.

The producers provide several cool moments that I’ll love to watch again on YouTube, but not the episode as a whole.

Titans episode naming convention of character names or other nom de plume’s is a good way of messaging to an audience what an episode will if not be about. Which is why the season premiere titled “Barbara Gordon” felt so off, she is in the episode but it’s not about her. A similar scenario plays out in this episode as Lady Vic is present, but it’s not about her. If this is centered on anyone it is Barbara Gordon, which means Savannah Welch finally gets something to do besides be the “Skyler” of the show. Derived from the character Skyler White from Breaking Bad to be the “Skyler” is often associated with being the responsible adult in the room who gets in the way of the male protagonists’ reckless actions. Welch’s Barbara Gordon isn’t a one-to-one comparison but her role as GCPD Commissioner often puts her at odds with the Titans.

Savannah Welch’s particular way of being also allows for Titans to show Barbara Gordon at multiple points in time with the same actress. Flashbacks reveal her time as a rebellious cat burglar keeping her dad on his toes. Savannah Welch is able to play Barbara as walking during sequences before cuts and masking up allow the insertion of a stunt double when action sequences occur. In the present she is also able to play the wheelchair and escrima using Barbara Gordon, who holds her own against Lady Vic. Her fight with Lady Vic feels like an understated representational milestone in a genre that often treats the superhero characters through lens of able bodied perfection. (See Freddy Freeman in Shazam! normal vs Marvel Family form for example.)

The Gordon flashbacks allow for some much needed character work for the character even if what they mean isn’t entirely worked out as the episode ends.

*The show has somewhat obliquely referenced a run in with the Joker and being “shot” but yet to give concrete details.

As a villain appearing on Titans, Lady Vic is a solid choice. Lady Vic is a themed assassin character type that would show up in an early season of Arrow as a villain-of-the-week. She is a catalog character that has ties to Dick Grayson. The writing team do a lot of smart adaptive work with the character reworking the source material into a vendetta against Barbara Gordon. Actress Kimberly-Sue Murray chews the scenery in just the right way and commands presence even when she isn’t given much to do. The episode does a good job of laying the groundwork for “why.” Her vendetta against both Dick and Barbara, for the death of her partner, fits the cyclical violence of Titans so often plays with. Exploring this reasoning through the recollections of Dick Grayson also fits the formal elements of the show. Nevertheless “Lady Vic” left me feeling as if this new baddie is underdeveloped.

That feeling of want is born of larger narrative choices within Titans as a series and micro episodic ones. As an antagonist Vic is an improvement over the Nuclear Family or Dr. Light from previous seasons in some regards. She has an emotional tie the cast in ways the Nuclear Family never did. Dr. Light’s history with the team was never really explored only obliquely referenced. Titans as a show isn’t really built around an expansive cast of villains. If there is one thing the broadcast model affords the DCWverse is the ability to go in different directions and give characters episodes and space to grow in ways the tighter serialized cable model doesn’t. Within that context Lady Vic as she stands in this episode is stuck in a middle space. She will obviously be sticking around as both a thorn in Dick and Barbara’s side but Jason as well. That recurring element though falls flat when her titular episode treats her as an underwritten villain-of-the-week from Arrow. A good villain-of-the-week episode of Arrow would ideally play on the unfolding history of Oliver and fit the theme of the episode, think Garfield “Firefly” Lynns or Ted Gaynor. Lady Vic has the history, but the producers fail to bind it with the theme for the episode. Vic might be the titular character, but the show is centered on the experience of Dick Grayson, who along with Barbara Gordon, just kind of react to Vic being in town and walk away from it with a shrug. Something that will be explored at a later time.

Damaris Lewis as Blackfire brings much needed energy to the Titans in Wayne Manor. Depending on how things go there might be space to unpack the treatment of Star and Black Fire within the realm of Good and Bad Girl Art, and the sexual politics therein. With her knowing and commanding treatment of Conner as her assumed “manservant,” and constant refrain about how she murdered her parents etc. Blackfire is firmly in the Bad Girl camp. If anything her presence at least forces the writers to begin to unpack their sisterly relationship and work with Anna Diop more in ways that are not born from seasonal plot needs. Anna Diop’s exasperation after finding her sister missing was excellent.

This is likely due to my own misremembering the original casting announcement of Jay Lycurgo as Tim Drake, but I thought he would be a recurring character as opposed to a guest and simply around more. With a season that charges the lead character with “being a better Batman,” using the Robin who figured out who Batman and Robin are would be appropriate. Titans appears to be putting their own spin on “A Lonely Place of Dying” with Jason Todd being responsible for the apparent death of at least one of his parents. It’s a narrative choice that makes sense for the show, but halfway through the season it has me wondering how much room the Drake arc will get or what their role will be. Titans already has issues with its ensemble cast adding yet another character seems like a bad idea. Still, we’ll see where this goes. 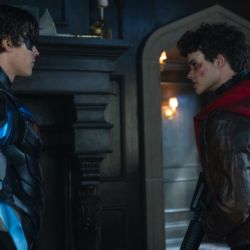 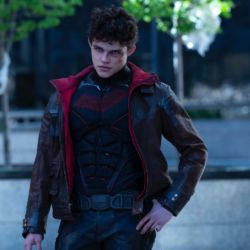 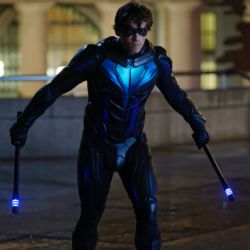