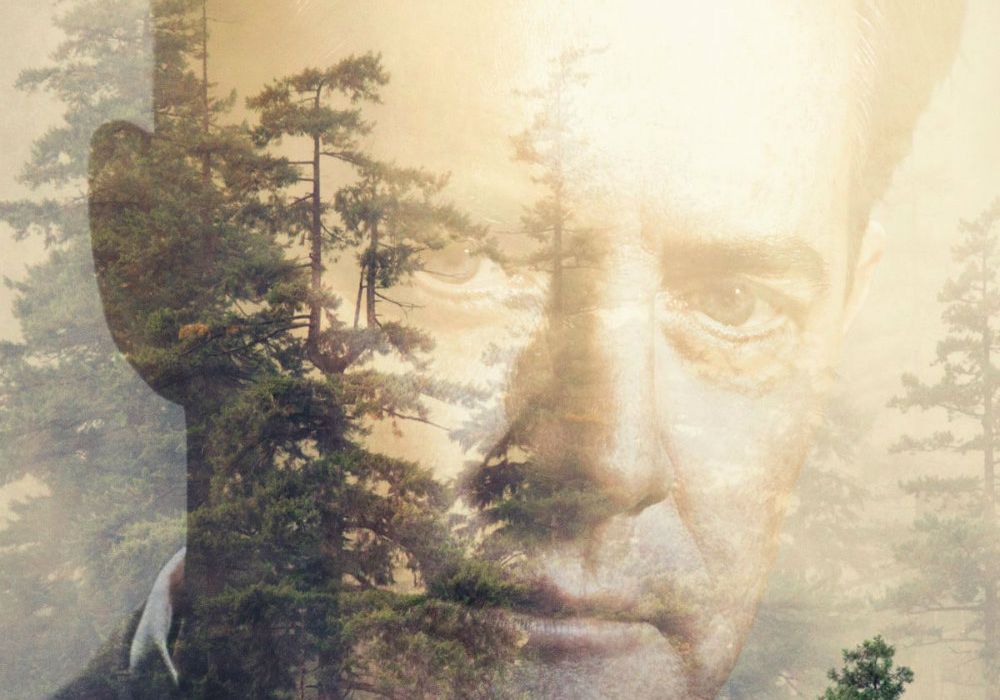 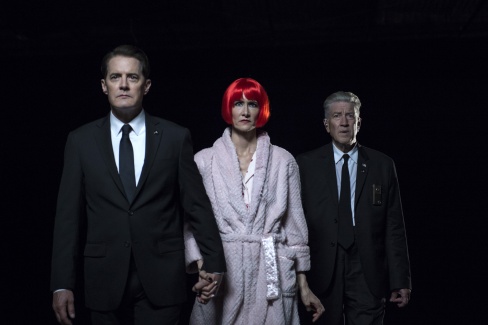 One final time, we return to Twin Peaks: The Return and guys, this one is going to be divisive. I mean Sopranos divisive. In what truly was perfect after the first hour, the show dovetails into something else in the second hour. It is a finale that left us with even more questions and didn’t truly feel like a send off. Unless, of course, that was the point. We have completely been David Lynch-ed and I don’t know if I’m okay with it. Can you be mad at someone who was given free reign to do what he wanted and then be mad that he did exactly what he always does? Let’s jump into this and try to make heads and tails of it all. Be warned, there are spoilers throughout.

After the death of the fake Diane, Gordon Cole reveals to Tammy and Albert that he had received a message from Major Briggs before he and Dale Cooper’s disappearances that had to do with an entity of some kind. An entity that in the years since its original name has become “Judy.” Phillip Jeffries was aware of this, and eventually, Dale was too and he also mentions that Ray Monroe was working as an informant for them. They decide they need to get to Twin Peaks. As this happens, the real Dale is making his way to the Twin Peaks Sheriff’s Department as BOOP makes his way to the place Naido was found. He is taken by the portal to where the Fireman (Giant) is. We see Major Briggs’s floating head and many other teapot-esque structures. These are all similar to the one that Phillip Jeffries has become. For him to be finally defeated, BOOP is released right in front of the sheriff’s department where he approaches Andy and is taken into Truman’s office. This whole thing plays out so well and it is tense. Everyone is coming to one point and it’s very exciting. This first hour plays out magnificently.

Once BOOP is in Truman’s office, things truly begin to go down. First, downstairs, Naido has begun to freak out as she senses BOOP’s presence. At the same time, Chad has broken out of his cell with a skeleton key he had hidden in his shoe. Andy comes downstairs to put everyone in the places they should be. Remember, he saw things when he met the Fireman? When Chad tries to shoot Andy, Freddie springs into action and punches the cell door into Chad. Once upstairs, Sheriff Truman gets a call from the real Dale Cooper and BOOP knows something is up. However, before he can do anything, Lucy shoots him dead. Dale rushes in to a room full of everyone including our Blue Rose squad and the final fight against BOB begins. Before Dale can put the green ring on BOOP, BOB (as an orb, seen in episode eight) goes on the attack. Freddie steps into his destiny and literally punches BOB to death so that Dale can put the ring on and put an end to this. After this goes down, it is revealed that Naido is the real Diane and she and Dale share a passionate kiss as they reunite.

This is what I was waiting for. This is what I needed to see. After 25 years, the actual cliffhanger of season 2 gets resolved as Dale Cooper comes back to Twin Peaks and is there to defeat the big bad of the original series. This is the man that killed Laura Palmer. He’s the one that brought this huge darkness to the town and now he’s defeated. Freddie’s fight against BOB is really corny but it honestly felt right in this show and this show only. Any other show, this would be comedic. However, it was set up properly and the way it’s shot makes it feel exciting. The flashing lights, the angles, the way everyone reacts all clicks and this whole chain of events feels very gratifying. Unfortunately, this doesn’t last long.

3. “The Past Dictates The Future”

If you only watch the first hour of Twin Peaks: The Return and leave it at that, then you get one of the most perfect endings. We’ll get to it but this isn’t what David Lynch intends on giving us. At the end of this first hour, we are taken back to Fire Walk With Me and after a pivotal moment in the film between Laura Palmer and James when she runs off into the woods. Instead of meeting Leo, Jacques, and Ronette, she goes to Dale Cooper, who walks her away saying that he’s going to take her home. As they walk, Laura vanishes and we hear her scream but then we go back to the original opening scenes of the entire series. Pete never finds Laura’s body and things seem like they just keep going on. At this point, things are probably as perfect as they’re ever going to get. We don’t know what happens to Laura or anyone else but you can infer that things ended up going as they should have. That pain was taken away and presumably, Dale Cooper never goes to Twin Peaks. Without the last scene with Sarah Palmer smashing up Laura’s photo, this would have been the right ending. It didn’t answer every question but it felt far better than what we get left with. This entire sequence was shot so beautifully in black and white. It was dreamy and sweet in a way. One of the things I liked so much about this season were the callbacks to Fire Walk With Me. That film got a lot of hate dumped on it for no reason so for so much of that to come into play here was kind of a big “f you” to the detractors.

One of the biggest questions still remains: WHAT HAPPENED TO AUDREY HORNE? In the grand scheme of things, her scenes made absolutely no sense. We learned nothing about her and it’s maddening because she was so important to the first series. It’s this kind of loose end that drives me crazy because I don’t want to have to pick up a separate book (again) to find out what happened to her. Oh yeah, did you know there’s another book coming out? We don’t see Becky again, we don’t know what comes next for anyone that was left at the sheriff’s station, and it bugs me knowing what comes next. We also never find out what was up with Sarah Palmer after a big reveal that she probably wasn’t her this whole time. Again, skip to the next point for more but this kind of stuff made this last hour feel like anything but a series finale.

I don’t know if this was just me but in my rewatching of the original two seasons, I always assume there was a closeness between Diane and Dale. I don’t think it was the great love the series wanted us to believe it was in these episodes but I bought it on a surface level. I’m also very happy that at least Janey-E and Sonny Jim got a happy ending. They got Dougie back. They deserved that.

After his night with Diane, Dale wakes up to see her gone. He finds a note for Richard, signed by Linda. Again, those names come up together. As he drives away, he finds a diner named Judy’s and he goes in. He meets a waitress and asks if another works there. Another does but before he can get anything done, he has to fight these three, rough Texans who give the waitress working there a hard time. I love bad ass Dale Cooper. I love how focused he is on his mission to finish this whole mess. He finds out that the other waitress is named Carrie and he goes to her house. The door opens and it’s Laura Palmer, except she doesn’t know who that is and doesn’t know anyone in Twin Peaks. Dale decides that he needs to take her back to her childhood home and she goes with him because surprise, she totally just killed a guy. Then, at the end of the final episode, Dale Cooper asks Carrie/Laura what year it is and Laura looks at the house, screams and then the show cuts to the credits.

I truly and honestly don’t know what any of this actually means. We do find out that a woman named Alice Tremond owns the house and she bought it from someone named Chalford. These names came up once before in the original series and Fire Walk With Me. This was the name of a woman who was part of the Black Lodge, so in erasing Laura’s death and traveling in time, did he create some different kind of timeline? Or, due to the erasing of the murder and the time travel, did some kind of bizarre butterfly effect happen where Laura somehow wasn’t born as Laura??? We saw her orb sent down to into the world so by destroying BOB, does she not have to be born as Laura Palmer? This theory assumes that time is not linear in Twin Peaks so maybe it’s possible? Or, are they both trapped in a different kind of Black Lodge where everything is different, but still bad. I don’t know.

I get why people are mad. I don’t think I’m mad, but I also don’t know what else I expected. As perfect as that first hour was, I knew that Lynch and Frost would not stop themselves from going further. Lynch just isn’t a “happily ever after” guy and he doesn’t end  Twin Peaks that way. I think internally I set my expectations at a place where I just kind of pre-emptively accepted that it wouldn’t end with a nice bow on top. However, I’ll end on this note because this is what bothers me most. If this is the ending, then this is the ending. We can spend the next years discussing it as a piece of art and television. If this was a backdoor way to leave things open for another season when this was very purposely marketed as a series finale, then I will admit to some very big frustration about that. I think with something like this, people have waited and waited patiently for this to be whatever Lynch envisioned. Showtime is here to make content and then money so if there’s money in more Twin Peaks then we’ll probably get more one way or another and that’s…not good. I feel empty after this but I also don’t know what I expected. 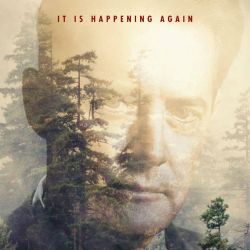 And with another week in the rear view mirror, we return to Twin Peaks: The Return.  Guys, I have to admit, I’m hecked up. This episode was a lot and I am still processing this as you read this. This was the most satisfying episode of the series so far without being straight up fan service. […] 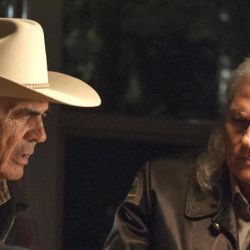 I’m simply thrilled to be filling in to talk about the latest episode of Twin Peaks: The Return. We’ll be talking about the episode in some detail, so get ready for spoilers. Like, say, every episode of the series, a whole lot of things are just a little bit closer to happening. But this week? […]

And with another week in the rear view mirror, we return to Twin Peaks: The Return.  This week was actually pretty huge as we seem to be sitting on the constant brink of something huge happening. This might be my favorite episode so far? Let’s rock! But be warned, there are spoilers throughout this.1. Meanwhile, In South DakotaThings […]